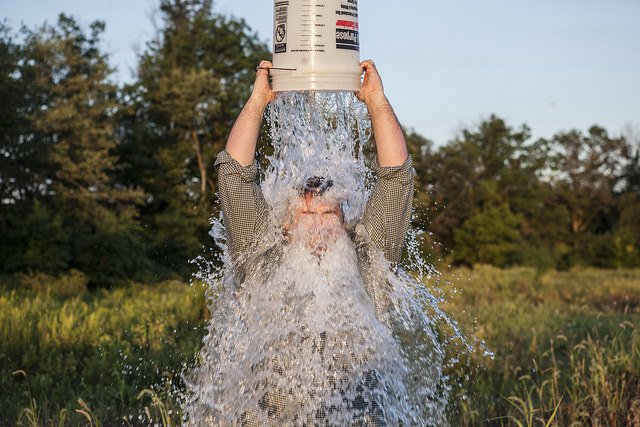 Whether you dumped a bucket of ice water on yourself, watched as your friends did the same or wrote a check to support medical research, it was nearly impossible for anyone with an Internet connection to miss the Ice Bucket Challenge this summer. But as the season draws to a close, the viral fundraising sensation appears to be waning, which leaves us with an important question: Now what?

As of September 1, the Ice Bucket Challenge has raised more than $100 million for charities benefiting ALS (Lou Gehrig’s Disease) research and advocacy. Although the meme didn’t begin as an ALS fundraiser — a similar “Cold Water Challenge” aimed at non-specific charitable giving began cropping up online this spring — it caught fire as a way to raise awareness of the disease and use the power of social media to raise money for research that might help eradicate it.

Celebrities, athletes, politicians and millions of ordinary folks dumped buckets of cold water on their heads and challenged their friends to do the same, creating an endless stream of short web videos that proved to be both inspiring and entertaining. ALS, which affects only a fraction of a percent of the American population, got more exposure than it has in the history of medical research. And lots of people experienced the great feeling of giving along the way.

Is It All Good?

It’s tough to say anything bad about a trend that has influenced millions of Americans to give money to charity, or that promises to do so much good in the fight against a horrible disease. Whoever decided to use this as a tool for ALS awareness and fundraising was a genius, and the non-profit world will study the nature of this viral sensation for years to come. The Ice Bucket Challenge could do a lot of good, for a lot of people, for a long time to come.

Despite all of the benefits, though, I have some misgivings about this movement. It’s not about the fact that some ALS research is done using embryonic stem cells harvested from the bodies of aborted babies. Nor does it have to do the problem that a flood of new money is unlikely to make a big impact on ALS treatment anytime soon, and could be more immediately effective if given elsewhere. My concerns lie with what this viral sensation says about the state of our hearts.

Full disclosure: I haven’t done the Ice Bucket Challenge, nor have I given money toward ALS research. In part, this is because nobody has nominated me. But even if they did, I’m not sure I would participate. As someone who believes in planned, careful, intentional giving, I’m hesitant to donate money to an organization that I don’t have any ties to, simply because somebody on the Internet dares me to do so. Giving is more important than that.

I have two main fears about the Ice Bucket Challenge. The first is that it motivated people to give money for the wrong reasons. The viral and social components that made this movement so powerful also required people to participate in a very public way. Posting a silly video and getting your friends involved was part of the fun. But this seems to run counter to what Jesus taught about giving:

I’m afraid that people who jumped on this bandwagon may have already received their reward, and missed the blessing that comes from sincere, private giving.

My second concern piggybacks on the first: I worry that many of the people who gave money as part of the Ice Bucket Challenge may have gotten the rush of supporting a charity without developing the deeper, more challenging and ultimately more fulfilling habit of consistent generosity.

In much the same way that junk food can give you a temporary sugar rush without providing your body with any real nutrients, giving a few dollars in a fun social media craze is making people feel good about themselves. But if they’re only giving because they were challenged by friends, because they got to post a funny video online, or because they saw their favorite celebrities doing the same thing, they’re missing the much greater opportunity to build a habit of sacrificial generosity in their lives.

In short, I’m afraid that the Ice Bucket Challenge, and similar viral charity stunts, may inoculate participants against true generosity.

None of this is meant as a criticism of the ALS Association or the many people who participated in the Ice Bucket Challenge with the very best of intentions. But it is meant to be a warning: Charitable giving is incredibly important, and we must be careful not to lose the true meaning of generosity amid the buzz of a viral media campaign.

So, what now? Whether you participated in the Ice Bucket Challenge or simply watched from the sidelines, let me issue you a bigger, more important challenge:

Take a look at the world around you, and find a charitable cause that you can be passionate about. Then give money to support that cause, without any fanfare. Give more money than you’re comfortable with. Give the same amount next month, and the month after that, and on and on in perpetuity. Give until it hurts, and then give some more.

Don’t let the Ice Bucket Challenge be the end of generosity in your life. Let it be the beginning.