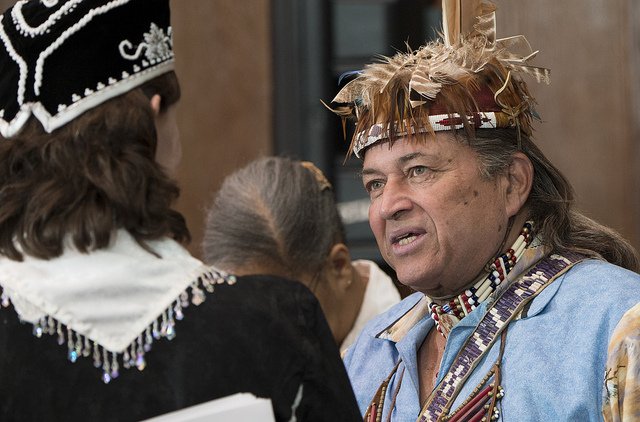 This week in Questions and Answers, we’re tackling a question from Tony, a man in Texas is who feels called to start a homeless center in Alaska and is looking for a way to fund the work. We’ve included an abbreviated version of Tony’s question below; you can see the full text here.

What we would like to do is buy an RV and drive up to Alaska and use it as a home at first until we figure out the best place to set up the center. At that point we will get a house and then we would like to use the RV as a tool. We were looking at putting an internet dish on it and turning it in to a online school where homeless could come and take classes for free.

The problem is we have not had a credit card or a loan in a long time, so getting a loan might be hard I have thought about having my parents cosign but not sure I want to drag them in to this. My current job will be going with me so that is how we plan on paying for the RV. I figure it is no different than getting a loan for a house or car. Instead of paying $1,200 in rent, a $600 RV payment and $600 to park the RV, plus electric and water, sounded like a good trade off to me. My house electric runs me around $350 a month, so living in the RV will be cheaper. We are well aware of the cold and we have been told what to do to weather proof the RV.

To raise the money we have sold 90% of our possessions and we have done an online fundraiser We have asked all our friends, relatives, the church we attend and other churches, and we have not even come close to the money we need. A lot of doors had opened up, so we were really thinking God was blessing it. But now we have been sitting in a house with no furniture well we have a kitchen table and a desk left. And everything is in boxes. I’m not sure if I am supposed to wait on God or he is waiting on me to take a leap of faith to bless the whole thing.

Thanks for your question, Tony. I’m sorry that it’s taken me a while to respond to you — I’ve been on an extended break since the birth of my daughter several months ago. I hope I’m not too late to talk you out of this, though, because what you’re talking about doing is a very bad idea.

I don’t mean, of course, that the homeless center in Alaska is a bad idea — I’ve spent a fair amount of time in Alaska, and I’m familiar with the struggles of the native people there. Your goal is admirable, and I don’t doubt that God is calling you to help up there. But I do doubt that He wants you to use debt and bad purchases to do it.

There are several areas that give me concern here, Tony. First is the idea of borrowing money; second is the idea of using that money to purchase an RV; and third is the trouble that you’re having raising funds.

First of all, I want to tell you that debt is always a bad thing — it’s a form of financial slavery that can have sever consequences that last the rest of your life. And while it can be tempting to turn to debt when you want to do something that is really good for society or the Kingdom of God, it’s never a good idea. There’s no such thing as good debt, and borrowing money can be a crushing mistake for a ministry.

I have personally watched as ministries that I cared about deeply and contributed to for years closed their doors because of bad financial decisions — borrowing money to do big things quickly instead of going slow and steady. That’s an incredibly painful process, and it hurts both the ministers and the people they’re trying to reach. I don’t want to see the same thing happen to you.

Now, onto the issue of the RV: You make an interesting case for spending money on an RV payment instead of on rent. Your math might be right — on a month-by-month basis, the average cost of RV payments (plus parking and utilities) might equal out with the cost of rent. But here’s what you’re forgetting: An RV is essentially a vehicle, and all vehicles depreciate in value.

In other words, you’ll be borrowing money and making payments on something that is dropping to a value of zero.

Why is this a problem? Because eventually, you’ll reach a point where the RV is worn out (and that’s likely to happen more quickly in Alaska than in the lower 48, given the extreme conditions up there). It’s not at all unlikely that the vehicle could depreciate faster than you could pay the loan off. In other words, you could end up upside-down in the deal, owing more on the loan than the vehicle is worth.

That’s not a situation you want to be in — if a weather event,  traffic accident or other misfortune causes significant damage to the RV, you may find yourself without a vehicle, without any money to replace it, and still having to pay off the balance of your loan. That could quickly torpedo your ministry.

God pays for what He orders

My final thought for you, Tony, is that the difficulty that you’ve had in raising money should tell you something about the feasibility of what you’re trying to do. I firmly believe that God pays for what He orders. And that leads me to believe that if you haven’t been able to raise the money that you need for this project, this may not be the right time or the right plan for your ministry.

I’m not trying to take anything away from your ministry or your calling. But I have to doubt that God would call you to a full-time ministry in Alaska without providing the funds to undertake it. This isn’t about a lack of faith — it’s about wisdom. It’s not wise for your family or your ministry to borrow a bunch of money to undertake a project that isn’t well funded.

Instead of going forward this way, consider finding alternative routes to getting your ministry going. Can you rent a home in Alaska and use that as the base of your ministry, rather that borrowing money to buy an RV? Or could you partner with a local church that would allow you to use their facilities?

You may even need to start smaller than that. Perhaps you need to take short-term trips up there a few times a year to establish relationships and begin to build strategically in the community. This would allow you to put down a foundation for a long-lasting ministry without endangering your family’s finances.

Whatever you do, I wish you the very best. I hope that you’ll follow God where’s He’s leading you, when He’s leading you there, and not go rushing into things prematurely.

Photo by US Department of Agriculture. Used under Creative Commons License.