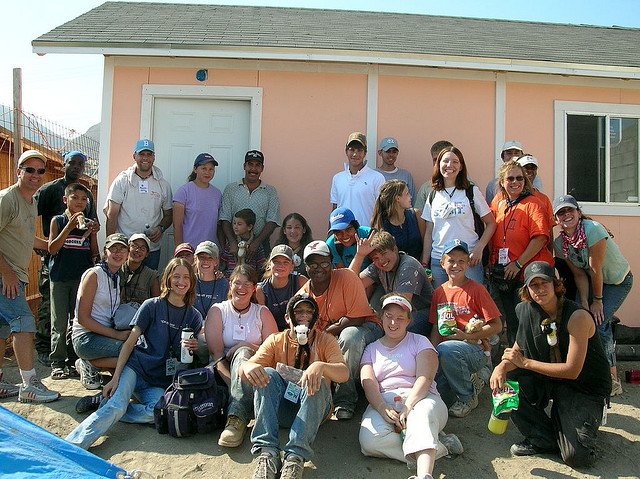 My husband and I are currently planning a missions trip. It’s very expensive, so we are raising support. We hate the idea of borrowing money, but if we continue purchasing plane tickets, etc. for this trip, we will have to borrow money from my brother (no interest, but it’s against, ‘owe no man anything’). Would it be wrong for us to borrow money from my brother until the rest of the support comes in, to avoid being in debt with the bank? Or should we hold off on making purchases regarding this trip until support comes in?

Michelle, congratulations on your decision to venture out onto the mission field, even for a short-term trip. Mission work is one of the most important callings in Christian life today, and this experience is sure to make a big difference in your heart, as well as in the lives of the people that you’re going to serve.

Having said all of that, I don’t think it’s a good idea to borrow money from your brother to pay for the trip. I have several reasons for saying that, which we’ll analyze one at a time:

1) You don’t want to be a slave to your brother.

In general, you have a good understanding of the dangers of debt, and you’re wise to stay away from a bank in trying to come up with money for this trip. On the surface, it might seem like borrowing money from your brother is the perfect alternative — after all, he’s not going to charge you interest, and you have a good relationship with him.

That relationship, though, is what would make borrowing dangerous. Proverbs 22:7 tells us that “the borrower is slave to the lender,” which means that if you borrow money from your brother, you enter into a kind of financial slavery to him. There’s a big difference between a healthy brother-sister relationship and a master-slave relationship, and I don’t think that God intends for you to replace the good one with a bad one.

If everything goes right, you might pay off the loan to your brother quickly, and all will be well. But if things don’t go well — if support is slow to come in or if you encounter more expenses than you thought — you could have trouble paying him back. And that is going to have a negative impact on your relationship with your brother.

Were I in your shoes, I wouldn’t be willing to risk the relationship.

The second reason why I would avoid this strategy is more philosophical: Borrowing money is always a bad financial strategy. And even the best of intentions can’t magically transform a bad strategy into a good one.

The mission trip that you want to take is undoubtedly a good and noble thing. and it’s easy to think that because you’re undertaking such a good endeavor, it somehow changes the equation when it comes to debt and wisdom. But the truth is that it doesn’t. Debt is always going to be a bad plan. Borrowing money for good reasons doesn’t change that.

We encounter this kind of thinking a lot among people that want to borrow money to pay for things like education or adoption. Sometimes people go so far as to refer to this as “good debt.” But good debt is a myth.

If you’re really committed to living a debt-free life, this mission trip should be no exception.

3) God always pays for what He orders.

Here’s a final, spirtual way to think about this issue: If you believe that God has called you and your husband to go on this trip, you also need to believe that He will provide you the financial means necessary to make it happen.

I believe that our God always pays for what He orders. He doesn’t tell us to do expensive things, and then leave us without the resources to accomplish them. Remember, God owns everything in the universe, and He gives us the things that we need to do His work. And He never tells us that we should borrow money to do it.

As I said, I’ve been on a lot of mission trips in my lifetime. On several of them, I was in no position to pay for them myself, so I had to raise support. And each time, God came through — I always raised enough money to take the trip, and often more than enough. Later, as I grew older and had more resources, I was able to pay for some of the trips myself.

I don’t know where you and your husband are financially, Michelle, but I believe that God is going to make a way for you to do what He has asked you to do. That might mean expanding your network of support, or perhaps picking up some extra work in order to pay some of the cost of the trip yourself. It may even mean delaying your trip until you’re able to pay for it without borrowing money.

What ever it means, remember this: God would never send you on a mission without giving you the tools to accomplish it. Doing things God’s way may be slower or require more faith than borrowing money. But in the end, doing things God’s way always brings God-sized results.