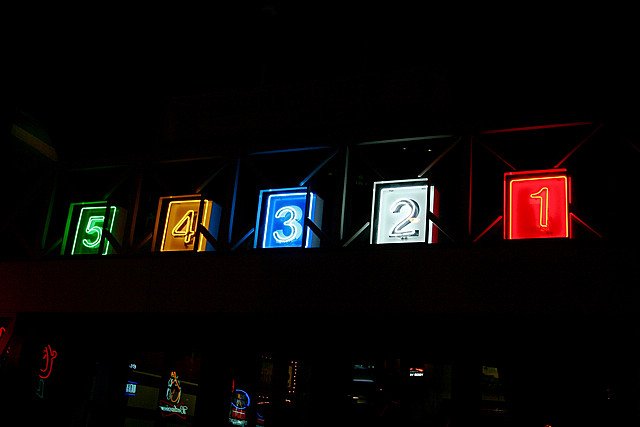 New Year’s Day will mark the two-year anniversary of God, Money & Me, and during those two years we’ve posted more than 300 articles about God’s approach to financial management. As this year draws to a close, we thought it would be interesting to look at the most popular articles of 2013.

Judging by what you clicked on, read, commented on and shared with friends, our readers had a lot of diverse topics on their minds as they engaged with the blog this year. Some, such as debt an pensions, are typical concerns of personal financial management. Others, including poverty, sin and the way that money can glorify God, have more to do with philosophical or spiritual underpinnings of personal finance.

So here, in case you missed them, are our five most popular articles of 2013, counted down from number five to number one.

For those of us who live in prosperous Western countries, it can be easy to feel ashamed of the wealth that we enjoy when so much of the world struggles with poverty. But as this article illustrates, God intends for the blessings that He has given us to be a testimony of His goodness to the rest of the world.

What this tells us is that blessing from God isn’t just a reward that we get for being righteous. It’s a tool that He uses to demonstrate His love and power to people that don’t yet know Him. You may have arrived at the abundant lifestyle that you lead because you worked hard to serve people and to walk in righteousness before God, but He intends to make an example of you.

Early this year, we posted an article on MoneyMutual.com, the online cash lending service being hocked in TV commercials by Montel Williams. The post was part of a series that we did on “Despicable Debt” — payday lenders, etc. — and “Debt Rip-Offs,” which promise to help people with their financial problems but actually make the problems much worse. MoneyMutual.com isn’t exactly a payday lender (it’s technically just a referral service), but the payday lenders that it connects customers with are horrible companies.

Because MoneyMutual is only a referral service, their website offers no information about the exact interest rates or expenses associated with the loans that they arrange. You don’t actually see the financial details of the loan until you’ve submitted all of your information and been connected with the lender who will be giving you money. But journalists who have tested the system report loans whose annual interest rates approach 400%. That’s shockingly, abusively high. MoneyMutual gets a cut of all of that interest.

3) Why Pensions Should Disappear

This article from August ended up being one of our highest search-engine ranked posts ever. It’s no surprise, as high-profile public-sector bankruptcies have threatened the traditional defined-benefit pensions that many of their employees expect. This article makes the case for why defined-benefit pensions should be abandoned altogether in favor of the defined-contribution plans that have become popular in the private sector.

This year must have been a big year for the micro-lending industry, because our article on its problems was the second most popular post of 2013. Micro-lending has become a popular way for people in developed nations to contribute money toward economic growth in poorer countries, but there are a number of issues with the system. It’s poorly understood and often abused, by both borrowers and lenders.

The problem is that most people don’t understand what really happens with their money once they lend it. You may assume that the woman in the foreign country is able to build her business on your small $100 loan, but that’s not the case. Microlenders take your money and package it together with money contributed with a bunch of other lenders. Then they make larger loans to people in poor areas, and often charge them high interest rates on those loans. Meanwhile, your interest returns on the loan are very modest, making you think that the borrower is paying a low interest rate. But they’re not — they’re paying high rates, and the intermediary lending institution is pocketing the difference.

With a title this controversial, it’s no surprise that “Poverty Comes from Sin” was our most-read article of 2013. This post makes the point that all issues of poverty have their root cause in some kind of sin. That doesn’t mean that all poor people are sinners, or that all sinners are poor. What it does mean is that the injustices and inequities in our world that cause poverty are based on sinful, selfish attitudes.

I’m not saying that every poor person has committed some horrible sin in their lives, and I’m not saying that people deserve to be poor because they do bad things. Very often — too often — people suffer in poverty because people in their families, their countries or their governments have sinned against them. It’s certainly not fair. But then again, sin is never fair, and victims never deserve the mistreatment that they receive.

So, there you have our top five most popular articles of 2013. Stay tuned to see what 2014 brings!