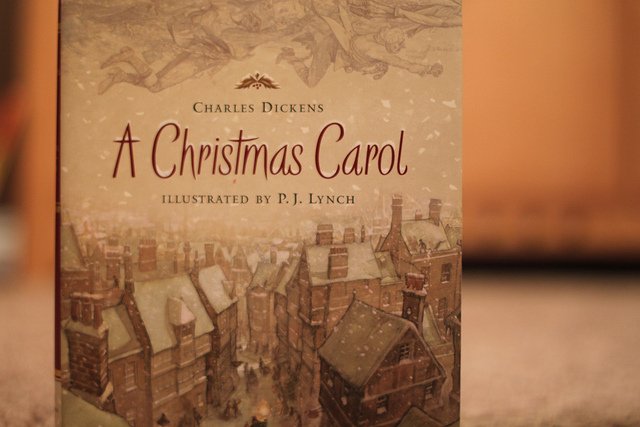 One of Charles Dickens’ most famous stories is a tale of two slaves.

If it’s December, there’s probably a local production of “A Christmas Carol” going on at a theater in your community. If you take the time to revisit this famous morality tale during the Christmas season, you’ll see a story about two men who have become slaves to money.

Money slavery is nothing new: Jesus confronted people about it during his time, and Dickens wrote about it in the 19th century. We don’t have to look around very far to see examples of people who are slaves to money today, either. Sometimes, we only have to look as far as our own hearts.

Early in the story of “A Christmas Carol,” we meet Ebeneezer Scrooge, a miserly old man whose last name has become synonymous with greed and selfishness. Though he wasn’t always a wretched person, Scrooge has become a slave to money: He spends his life in an exacting pursuit of personal gain, and lets his greed control his relationships with the people around him.

Scrooge doesn’t see it, but he’s a slave to money.

Of course, the main plot of this story is about Scrooge’s encounter with four ghosts on Christmas Eve. The first is the ghost of Jacob Marley, Scrooge’s deceased business partner and only friend in the world.

Marley comes up from the grave a ghastly sight, not only because he is a phantom, but also because he is shackled in chains. Scrooge is frightened by the ghost of his dead friend, but even more shocked to see him in bondage. Marley had been a rich and powerful man during his life; how is it that he could be a slave in death?

Of course, you know the rest of the story — three more ghosts visit Scrooge in the middle of the night, teaching him about the value of Christmas and generosity, and he awakens a changed man.

There are no surprises here, just a simple, powerful principle: Jacob Marley was a slave to money. In the image of his ghost, we all see the image of what may be happening in our own hearts.

If you let it, money will always make a slave of you in one way or another. It’s not always greed — sometimes money slavery comes from debt, poverty, selfishness, discontentment or a false sense of identity. But no matter how it manifests, the chains are real, and they will drag you down to dark places if you let them.

“Scrooge” is synonymous with greed today, but we should really associate the name with redemption. Scrooge, after all, had the good fortune to see the darkness of his life for what it is. And he took the opportunity to free himself from the shackles of money slavery while he still could.

In the end, “A Christmas Carol” is a tale of two slaves. One let money control him all the way to the end, and the other turned his life around.

Jesus came to this world to set you free. As we celebrate the Christmas season, will you learn the lesson of this famous fable and allow Christ to unshackle the chains around your own heart?