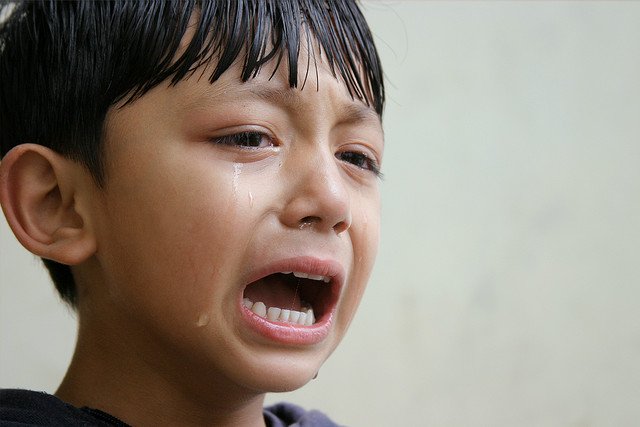 It’s amazing what kind of noise we can learn to tune out.

Most parents with young children will tell you that they’ve become accustomed to a level of noise in their houses. People who work on or around airplanes for very long quickly learn to ignore the ever-present hum of jet engines. Folks who live in homes near train tracks get to the point where they don’t even notice the trains going by anymore.

In general, our ability to tune out unnecessary noise is a great example of human adaptability. But sometimes we tune out important noises too, such as warnings or cries for help. And that’s when the situation turns dangerous.

This brings us to an important question: Are we tuning out the cries of the poor?

For the past couple of months, we’ve been studying what the Bible has to say about caring for the poor. The message is overwhelming and consistent: God cares for the poor immensely, and expects His people to give to take care of them. Caring for the poor demonstrates the love of God and the power of our faith, It is the purest practice of religion; it is the most powerful of Christian rituals; it gets Gods attention.

Today, we’re going to add another important element to this understanding: Taking care of the poor requires a sensitive heart that is open to hearing their needs. Our text comes from Prov. 21:13.

Whoever shuts their ears to the cry of the poor
will also cry out and not be answered.

This verse is short, but it packs a powerful punch. We can sum it up like this: If you ignore the needs of others, be prepared for your needs to go ignored, too.

It’s easy to read this verse and quickly pass over it. After all, everyone would agree in theory that the poor should  be cared for. But when we think carefully about what it says, we find the implications go much deeper than we often understand.

This verse is directly addressing our ability as humans to tune out noise that we we deem irrelevant to our lives. And it’s shouting a message: No matter what you think, the poor are not irrelevant!

What does it mean to shut your ears to the cry of the poor? Well, it depends where you are. In some parts of the world, the cry of the poor is ever-present. In a third-world country, you can’t help but to encounter poverty on a daily basis.

In developed nations, we find ourselves in a very different situation. Yes, there are poor people in our communities, but we have structured our society in such a way that we don’t have to see them very much. The underprivileged live in certain neighborhoods that the rest of us go out of our way to avoid.

When we see a panhandler or a homeless person on the streets downtown, we often avert our gazes. The last thing we want to do is to make eye contact, because that may lead to us actually having to talk to them.

I’m not here to condemn anyone for doing these things — I’ve been just as guilty of them as anyone. And yet, I can not ignore the command of scripture. God is saying “Don’t ignore these people!”

If we’e going to care for the poor in the way that God wants us to, we have to learn to hear their cries. We have to keep our ears open. We have to stop tuning them out.

I’ll leave you with these questions: What does the cry of the poor sound like in your community? Where do you have to go to hear it? And if you went there and heard it, how would you respond?