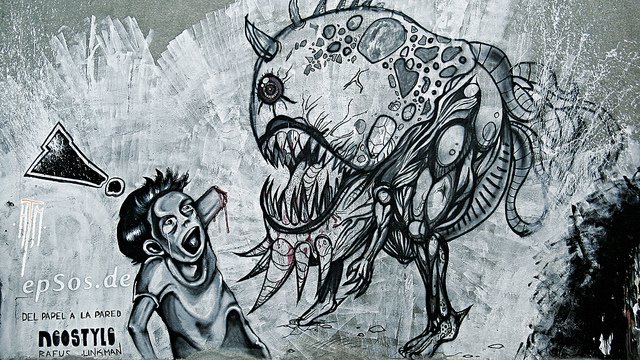 You love your children and would never do anything to hurt them, right?

I have no doubt that you love your kids. And unless you’re an abusive wretch, you probably wouldn’t ever intentionally do something that you knew would cause them harm. But if you support government policies and spending programs that are increasing the national debt, you’re putting your children’s future at risk.

It’s amazing the lengths that we go to in order to keep our kids safe and to provide for their futures. Parents spend hundreds of dollars on the latest safety-tested car seats, infant cribs and children’s toys. When they begin to eat solid food, many of us will pay extra to buy them organic foods.

Thoughts of our children being hurt in car accidents motivate us to shell out thousands of dollars for vehicles that we perceive to be safer than normal. Tire manufacturers play to our safety instincts by warning us that “a lot is riding on our tires.”

We stretch ourselves financially to buy homes in safe neighborhoods and to send our children to the safest schools in town.

In the end, a large portion of a parent’s mental energy is spent watching out for the safety of their children. And yet, as a nation, we’ve opened the door wide to one large, scary threat.

No matter how hard we try to keep our kids safe, we have failed miserably to protect them from the monster of our own debt.

Here’s what you need to know about debt: Although borrowing money helps us to get things we want in the short run, in the long run those things cost us more than they’re worth. Debt creates a state of spiritual and financial slavery. And the deeper you get into debt, the harder it is  to get out.

What does this have to do with your children? Well, it just so happens that the United States (along with many other countries in the developed world) has slowly been accruing enormous piles of national debt. Today, America’s debt load is over $17 trillion, and it’s growing by more than $10,000 every second.

The average American adult has a lot of debt, too, and that debt poses certain dangers. But it’s nowhere near as dangerous as national debt. Because no matter how much debt you carry as an individual, your debt expires when you do. When you die, your debts are either paid by your estate or written off by your creditors.

No matter what happens in your personal life, your debt will never be passed on to your children.

Not so with national debt. This debt is the silent monster that threatens our children’s very future.

The Debt that Never Ends

One of the great things about a nation is that, if it is managed and governed properly, it can go on in perpetuity. America has long outlasted the lives of the men that founded it.

But there’s a downside to this, too: Because stable governments don’t die, their debts never go away.

In the same way that the positive decisions that our government officials make now can improve life for many generations of Americans to come, the bad decisions that they make will endure far beyond their own lifetimes as well.

This is where debt gets to be a problem. When we borrow money, we use it to buy something we want now and promise to pay it back later. In our personal lives, we pay this money back ourselves. In the life of a nation, though, it means that our kids will pay back the money we borrow.

That’s right: Every time that we as a nation borrow money, we’re hanging the albatross of debt around the necks of our children.

Why is this such a big deal? Because carrying a large load of national debt is going to make life tangibly harder for our kids.

All debts eventually come due, and that means that all the money that we’re borrowing now will have to be paid back. Right now, we’re paying back past debts that are coming due today with money that we’re borrowing from other people. But this shell game won’t go on forever — credit rating institutions and international lenders are already beginning to see signs of strain in the system.

America won’t be able to get away with borrowing Peter to pay Paul forever.

The day will come when we actually have to pay back our debts with our own money. There are only two ways that this can happen: Either the government will have to raise taxes significantly in order to come up with extra money, or they will have to cut back on services drastically in order to free up money that they already have.

Either of these scenarios — a drastic tax hike or a dramatic cutback in government services — is going to be very painful.

But you and I may not be around to feel the pain. We’re pushing it onto our children instead.

The Choices We Make

Here’s the truth of the matter: Every time that our government makes the decision to spend money that it doesn’t have, we’re buying something that we will never have to pay for, and passing the bill on to our children and grandchildren.

A loving parent would never intentionally saddle their children with debt. But unfortunately, we all do just that every time that we pass a deficit spending bill.

This problem is bigger than either political party; there are terrible debt spenders on both sides of the aisle. Everyone has their pet project and favorite government program that they don’t want to do without.

But every time we chose to borrow more money, we’re making life worse for our kids.

We’re going to have to do the right thing for our kids.

So the question is this: What would you be willing to sacrifice to keep your children’s financial future safe?