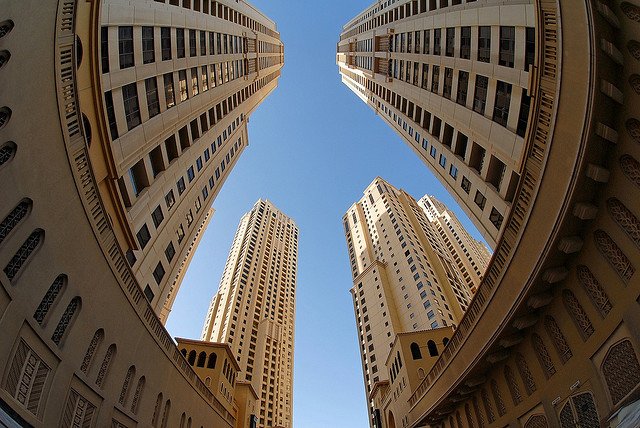 This metaphor from architecture has applications in many areas of life — so many that it became one of Jesus’ most famous parables. It certainly has a lot to teach us about the role of money in our lives.

If you look at our western culture in general, it would be easy to think that financial security is the best foundation upon which we can build our lives. If you’re wealthy, after all, you won’t have any of the problems that poor people do. Right?

Wrong. Though it seems safe to count on the wealth and relative comfort of our countries for safety in life, money is a terrible thing to count on.

Money is inherently insecure. It is always coming and going, and it’s nearly impossible to pin down in one place. Money is sneaky, too — the Bible teaches that money can makes slaves us, controlling the way we think, act and relate to other people.

If you base your life around the false security of money — either your own riches or the wealth of our society — you’re building on a foundation that is unsafe. And the more you depend on money, the more it will come to control you.

There are are all sorts of risks that arise in a life that is based on money. Here are five that you’ll really want to avoid.

No matter how good a money manager you are, there is always a risk that you’re going to lose your wealth. The world is full of emergencies, disasters and other events that could wipe out everything you have.

And it’s not just natural or economic disasters that could take you down — the Bible teaches that the nature of wealth is inherently fleeting. “Cast but a glance at riches, and they are gone,” says Prov. 23:5, “for they will surely sprout wings and fly off to the sky like an eagle.”

Wealth is temporary, and we can never really count on having it. If you’ve built your life around money, and then your money disappears, what will be left of your life?

If money is the foundation of your life, it becomes the most important factor in any decision you make. Morality changes from a true understanding of what is right and wrong to a simple calculation. If something makes you money, it must be okay.

This is a recipe for a lot of really twisted attitudes and actions. Greed, selfishness, exploitation and a host of other sins result from a culture where money is the most important consideration in life.

If you’ve built your existence on a foundation of money, it’s only a matter of time before money warps your heart and mind and turns you into a greedy, selfish, ugly person that you never wanted to be.

The great thing about a strong friendship or family bond is that it endures regardless of what happens in life. You can be friends with the wealthy, friends with the poor, and all people in between. But if money has more priority in your life than it should, it’s going to begin to affect your relationships.

When you only care about money, you begin to see people in your life according to how they impact your bottom line. You may distance yourself from people that need help, or discard your old friendships for shallow relationships with people who run in wealthy circles.

However it happens, living a life based on money will eventually strip the true value out of your relationships. I’m not saying you’re a gold digger, but… well, you know.

People that have built their lives on a foundation of money often define their self worth according to their net worth. In times of plenty, this makes them feel great about themselves. In times of lack, though, it can create a spiral of depression and self-loathing.

God is very clear: He wants to have the whole of our faith, trust, allegiance and love. If we build our lives on anything besides Him, we lose our ability to have a pure relationship with Him. And in the end, we lose eternity itself.

It’s not that God doesn’t want us to be prosperous and successful on earth, because He makes it clear that He does. But  what He wants more than financial prosperity is spiritual prosperity. If our financial wealth ever becomes so important to us that we worship it instead of Him, we’re headed in a deadly direction.

Jesus spoke very directly to this idea in Matt. 16:26. “What good will it be for someone to gain the whole world, yet forfeit their soul?”

That’s a treasure that can never fade, can never be destroyed, and that will endure for all time.