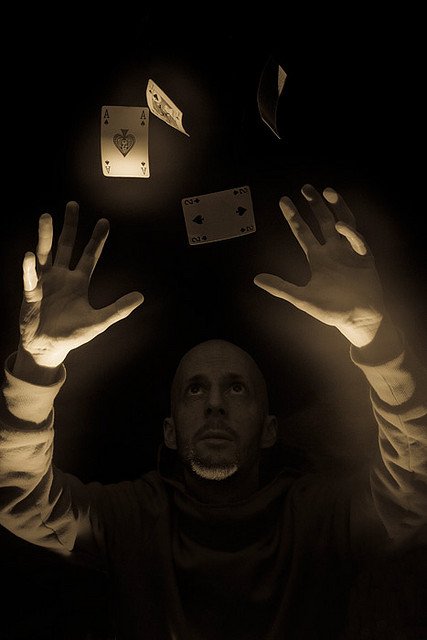 If you’re facing a financial problem, and you think that borrowing money could solve that problem for you, think again: Debt only makes problems worse. Always.

Debt is a bad deal in so many ways. It’s costly, it’s habit-forming and it leads you into a kind of financial and spiritual slavery.

Unfortunately, our society often fails to see this. Debt has become a fundamental part of consumer-driven lifestyle in Western culture. And as we collectively dig ourselves deeper and deeper into debt, we’re only causing bigger and bigger problems for ourselves.

How can we say that debt only ever makes problems worse? Well, it’s based on two simple principles. First, debt doesn’t make financial problems go away — it just defers them. And second, borrowing always costs extra money, adding to your financial woes and making your problem bigger than it was when you started.

Before we dive too deeply into the underpinnings of these principles, though, let’s take a typical scenario that would lead people to borrow money and see what’s at work. Say you drive an old car that is starting to show signs of wear. You can probably get another year or two out of it before it gives up the ghost. There are nicer, newer cars out there on the market that look really appealing. But you don’t have the money to buy them.

In this scenario, you have several different options. Option A would be to sell your car now, scrape together a little bit of extra cash, and then use that money to buy another car that is somewhat better than your last one… but not by a lot. Option B would be to continue to drive the old car carefully for the next year or two, and to save money aggressively during that time in order to have some cash to buy another car when the one that you’re driving dies.

Unfortunately, too many people choose Option C, which is to trade in the old car, take out a loan and use the borrowed money to get a better car now. In the process, they sign up for years of monthly loan payments. By the time the car is paid for, they may be ready to get a new one, and so the process repeats.

So the question is this: Which option best solves the car buyer’s problem?

On the surface, it may seem like Option C is the best solution. It puts you in a new vehicle, after all, and it seems to make the problem of “I don’t have the money” disappear. But like most disappearing acts, this one is just an illusion.

All magic tricks work based on misdirection, and this is no exception. In this case, the car dealer distracts you with the allure of the flashy new car, all the while he’s hiding your problems behind the curtain of monthly payments. But the problem — the fact that you don’t have the money to buy a car — has not gone away.

When you borrow money, you haven’t magically acquired any extra wealth. All you have done is defer your expense. Borrowing pushes your needs into the future, but it doesn’t make them disappear. You may not have to pay the bill today, but you do have to pay the bill.

If you choose Option C, you get to spread your payments out over a number of years, and this is a tricky way of making it seem like your financial problems have gotten smaller. But they’re not smaller: They’ve just been stretched really thin in order to make them look more manageable. The total amount of your need has not changed. It has only been repackaged.

Borrowing money does not make your financial problems go away; it simply pushes them down the road. Getting on a payment plan doesn’t make your problems smaller; it only spreads them out to make them look that way. In fact, debt only makes your problems bigger.

Why? Because almost every kind of loan out there includes interest — money that you must pay to the lender for the privilege of using their cash. The longer the terms of the loan, the more money you’ll pay to the bank in interest. Anytime you borrow money to make a purchase, the interest payments on the loan make your true expense even higher than the purchase price.

In other words, interest causes loans to make your financial problem bigger.

When we look at it this way, we see that all debt is built on a myth. No matter what kind of item you want to buy — a car, a TV or a college education — debt doesn’t really make the problem of lacking cash go away. It only hides the problem, and adds to the expense while you’re not looking.

So, what do you think is the best way to solve the car buyer’s problem?