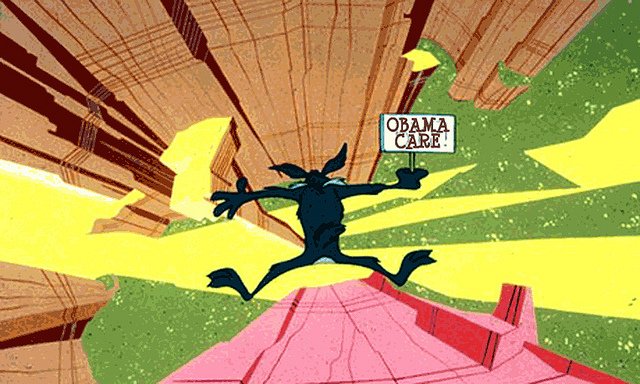 For the vast majority of Americans, health insurance is about to get much, much more expensive. And that could have drastic consequences on the economy, even in industries far outside of medicine.

We try to avoid getting too political here at God, Money & Me, but every now and then a political issue comes up that has big ramifications in your personal finances. Obamacare is one of those situations — in fact, I believe that the new health care laws will have a bigger effect on your pocketbook than any legislation since Social Security.

Although Obamacare is designed to make health insurance more available and affordable to some people who did not have it before, it does so at the expense of the middle class and the majority of Americans who already have insurance. No matter who you are, your insurance is about to get much, much more expensive. And even if your employer covers some of your insurance premiums, chances are that you’ll still find yourself contributing more and more to your own plan as prices skyrocket.

This rise in prices means a decrease in available cash for the middle class, which could have drastic effects on industries far removed from health care.

The new reforms are extremely complicated, and the way they impact the amount that you pay for insurance is going to vary wildly from person to person. But in the end, everyone’s rates are going up — that’s the fundamental mathematical truth of this situation. Some people will see rates double or triple. Early shoppers have already reported rate increases of hundreds of dollars a month, or even $1,000 or more a month to insure a family.

Imagine what would happen if you had to pay an extra $1,000 per month for insurance. How would it affect your family’s budget?

It would drastically reduce the amount of cash that you have to use for other things, which mean that you would have to either cut back on discretionary spending or go into debt to maintain your current lifestyle. If that happens on a large level, it’s going to have a noticeable effect on a number of industries.

Here are some of the sectors that could be affected.

Whenever things get financially tight, the first place that families look to save money is on dining and entertainment. This might be a good thing for many individual Americans, who probably spend too much money on restaurant meals and other indulgences as it is. But it’s bad news for the food service industry, as well as movie theaters, musicians, video game manufacturers and others who work in entertainment fields.

If Americans cut back on restaurant and entertainment spending en masse, it’s going to have a seriously negative impact on the bottom lines of food and entertainment businesses, which could mean job losses for their workers.

Americans love to spend some of their discretionary income on travel and vacations, and travel hospitality has become one of the country’s most powerful industries. But will people continue to spend as much money on vacation if they’re faced with thousands of dollars in increased insurance premiums every year? I’m betting they won’t, which is bad news for airlines, car rental companies, hotels, theme parks, museums and other organizations that attract a lot of travelers.

You may not feel too bad if you have to scale your weeklong vacation back to a weekend getaway. But what about all of the hospitality workers that stand to lose their jobs if insurance costs force us all to cut back on travel?

Most people know that they should be saving for emergencies and investing for retirement, but Americans as a whole aren’t very good about doing this — even in the best of economic times. What will happen when families have to find a way to cut several hundred dollars or more from their budgets every month? My guess is that it’s going to drive the savings and investment rate down even further, as people have to chose between putting some money into an IRA or paying their insurance premiums for the month.

If the  savings and investment rates go down, it could have serious consequences for the economy. When people don’t save and invest, that means that there is less capital available to people who want to start or grow a business. Without new businesses the economy doesn’t grow and new jobs aren’t created. And who can afford to buy expensive health care if they can’t find a job?

We’re not big fans of debt — we believe that the only time it makes sense to borrow money is to buy a house. But if health insurance costs impact the economy the way we think they might, it could make home mortgages much more expensive. Mortgages and other loan rates work off of supply and demand, like any other business. Since people will have less discretionary money because of the cost of insurance, the demand to borrow could very well go up. But since people may not be saving and investing like they used to, the supply of money available  for loans could very well go down.

When supply goes down at the same time that demand goes up, things get more expensive. In this case, it means higher interest rates and stricter terms for borrowers. The effect on the middle class may be somewhat mild. But for the working class and the poor, it could make affordable credit altogether impossible to obtain.

All of the potential outcomes on this list are bummers, but this is the one that really breaks our hearts: When people’s insurance goes up and their discretionary income goes down, it’s going to decrease the amount of money they have available for charitable giving. On average, Americans are among the most generous people in the world, giving away more than 2% of their incomes each year. But if healthcare and insurance prices spike, it could wipe out the money that people have to give.

The saddest part of this is that the people that benefit most from charitable giving are often the poor and disenfranchised, both at home and abroad. They’re also the ones who stand to suffer if charities are forced to cut back their services due to decreased giving. That means that America’s health care reform could make life harder for the poor people in the United States and around the world.

Does Obamacare really help anyone?

Of course, there’s a chance that all of this may not materialize. Perhaps insurance costs won’t rise as much as we think they will, or maybe the economy will be better able to handle these changes in consumer habits than we’re predicting. But it’s doubtful. You can’t change the math — if American families are going to spend thousands of dollars more each year on insurance, that means that they’ll have to spend thousands of dollars less on other things. Other industries are going to suffer.

Here’s the really sad irony of this: In each of these cases, the people that stand to lose the most are the poor and the working classes. Those are the people who depend on food service, entertainment and hospitality jobs, and they’ll be the first ones laid off if business turns south. The working class will have the most trouble finding work if decreased investment stymies new business growth. It’s low-income people who will be most hurt by the tightening of the credit markets. And it’s the poorest of the poor who will suffer if charitable giving drops.

Obamacare may have been created in an attempt to help the poor and working classes. But in the long run it could hurt them more than it helps them. And it’s going to cause a lot of pain in the middle class, too.

One final thought: If you voted for the people that put this law into place, you’re partially to blame for the mess that could happen as a result. Perhaps next time you’ll think a little bit more critically about a political candidate’s plans and policies before you step into the voting booth.