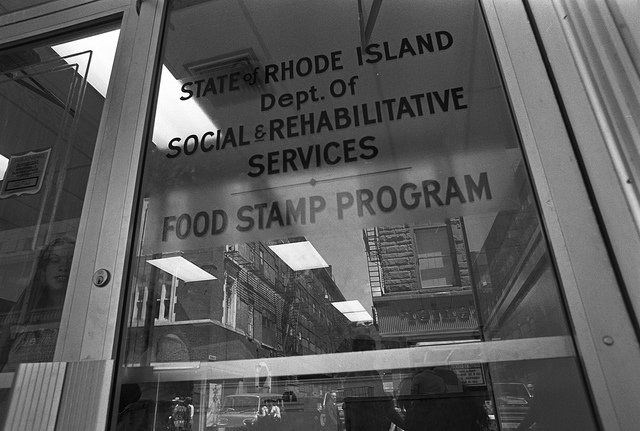 Welcome to Questions and Answers, a new section of God, Money and Me where we’re answering questions submitted by readers on Facebook, Twitter and here on the site. If you have a question about faith or personal finance, click here to submit it. We’ll answer your question in an upcoming post.

Do you believe that helping the needy is something that should not be legislated or mandated by earthly establishments? If your heart is right and you give willingly under these conditions, do you think that God appreciates that the same or not as much?

Thanks for the question, SacredStruggler. The issue of whether care for the poor should be mandated by government — and how Christians should respond when it does happen — is an important one, and it’s on a lot of people’s minds as Western nations grapple with economic instability and populist political movements.

As believers, our ability to set political policy is limited at best, so we often end up having to play by the rules that other people set. But it’s important to understand God’s heart toward the poor and what the responsibility of the Church is, regardless of what the government is doing.

Your question has two parts to it, so I’ll give you two answers, and then tie them together at the end. First: Should helping the needy be legislated or mandated by earthly establishments (i.e. governments)? I’d say no… but also yes. It’s complicated, but let me try to explain.

I say “no” because, according to the model that comes from scripture, caring for the poor is the responsibility of God’s people, not society at large. It is the ills of society at large, after all, that cause poverty. So it seems unreasonable to expect society to offer effective solutions to the problems that it has caused. The Church, on the other hand, is commissioned by God to solve the problems that the world cannot. God is very clear in scripture that He wants His people to be taking care of the poor. It’s the mark of a vibrant, living faith.

The role of the Church and private ministry in caring for the poor is important, because we are able to do so much more effectively than any government intervention can. You see, the Bible teaches us that when we give to the poor, we are demonstrating God’s love to them in a tangible way, inspiring them to give thanks to Him. True, sacrificial giving inspires people and helps them to rise above the poverty of their circumstances.

Government-mandated welfare programs don’t do this, though, because there is no love involved. Government assistance, in fact, is a way of forcing your fellow citizens to part with their money in order to help the poor, instead of voluntarily helping them yourself. Because of this, welfare engenders an attitude of entitlement, not gratitude. Many people who get government assistance will rely on it for their entire lives. Government assistance only treats the symptoms of poverty, while giving motivated by love treats the root causes.

Having said that, I have to begrudgingly admit that social welfare programs are probably necessary today. Why? Because the Church has done a pretty lousy job of caring for the poor recently. And poverty isn’t just bad for the poor — it creates crime, disease and other problems that are bad for the whole of society. In order to protect society as a whole from the effects of widespread poverty, governments choose to use public money to help staunch some of the worst effects of poverty. This is certainly an imperfect solution, and it costs the taxpayers a lot of money, but it’s probably better than letting poverty fester unattended to.

‘Reluctantly and Under Compulsion’

Now to your second question: If you live in a place where caring for the poor is mandated by law, does God appreciate your compulsory contributions as much as He does when you give voluntarily? In other words, if you’re already contributing to the poor in the form of taxes, does this get you off the hook for giving charitably too? I’m afraid that, in this case, the answer is a resounding no.

To explain this, I’ll point you to II Cor. 9:7, one of the most famous biblical passages on giving:

Each of you should give what you have decided in your heart to give, not reluctantly or under compulsion, for God loves a cheerful giver.

The bible is clear here — God is after freewill, voluntarily, “cheerful” gifts. He is not interested in anyone being forced to give, because true charity comes from the heart. But in a government-mandated system, the money that you’re contributing to the poor isn’t a charitable gift at all, but at tax. In other words, this is money that you give “under compulsion.” And if you’re like many taxpayers, you give it “reluctantly,” too. When you pay your taxes, you’re not really giving out of love, even if some of that money is going to help those in need.

I’ll take this one step further: When we follow God’s example, it will always lead us to giving sacrificially. (The Macedonians that Paul commends are a great example of this.) God always asks us to part with a little more than we think we can afford, with the promise that He will provide for us more abundantly than we can imagine. You can afford your taxes, which fund social welfare programs. But I believe that God wants us to give beyond that.

So, let’s bring these ideas altogether. God’s best plan for caring for the poor is for His people to take the responsibility of doing it. Many governments step in to provide some care for the poor, but this does not override God’s mandate for the church. If your society is providing the basics for the needy in your community, jump in and give more to bless and them. Or find a place in the world where the poor aren’t as protected, and give money to help care for those people.

God requires our giving, but He also promises to reward us for it. We should never let any public policy get in the way of that.

Photo by US Dept. of Agriculture. Used under Creative Commons License.