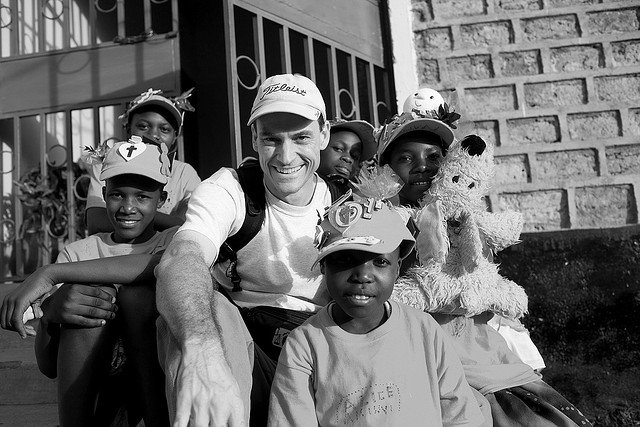 If you want people to know that Jesus is alive, God suggests one great way to do it: Care for the poor.

The poor are close to God’s heart, and He intends for His people to be His representatives in caring for them. Throughout history, the church has made a lot of strides in caring for the poor; in recent times, though, our track record has been spotty. Maybe that’s one of the reasons why public confidence in Christianity is at an all-time low. People don’t believe what we say about our faith because they don’t see us living out one of its most important tenets.

The Bible certainly makes it clear how important caring for the poor is to God. In the Old Testament, God set up the system of gleaning as a way for the wealthy to provide for the poor. In the New Testament, Jesus gave His followers a mandate — sell your possessions, give to the poor and store up treasures in heaven. And later New Testament writers went even further, suggesting that the way that we care for the poor is a testament to the vitality of our faith.

Our text for today comes from James 2:14-17, where James is explaining that a healthy Christian life will include both faith and good works. He specifically mentions caring for the poor as evidence of a living faith:

14 What good is it, my brothers and sisters, if someone claims to have faith but has no deeds? Can such faith save them? 15 Suppose a brother or a sister is without clothes and daily food. 16 If one of you says to them, “Go in peace; keep warm and well fed,” but does nothing about their physical needs, what good is it? 17 In the same way, faith by itself, if it is not accompanied by action, is dead.

Of all of the analogies that he could have used in this teaching, James chose the example of caring for the poor. Faith without works is dead. And since James gave the example of feeding and clothing the poor, we know that an active life of charity is evidence of a faith that is alive.

I’ll go one step further than that: Given so much scriptural encouragement to take care of the poor, I believe that any person of faith who does not actively engage in giving and charity is missing a vital component of their faith walk.

That’s a powerful statement, and I don’t mean to judge anyone’s salvation. But we do know that the poor are close to God’s heart, and we have commandments over and over to care for them as part of our worship of Him. If we make a habit of ignoring something that matters so much to God, how healthy can our faith really be?

What are You Selling?

There are a lot of things that we’re “selling” in the Western church right now. Depending on the tradition that you come from, your church may be selling exciting worship music, engaging sermons, deep Bible study, spiritual gifts, healing, family support or a sense of community. And many of those things are great. Some are important mandates of the church. But in the midst of selling all of those things, we should never lose sight of our responsibility to care for the poor.

Can you imagine what would happen if all of our churches really took up the cause of the poor in our communities? What if we put as much emphasis on caring for the poor as we do our sound systems and our seeker-friendly services? What kind of a difference could we make in the lives of those people in our communities who are the most desperate? And how powerful a testimony would that be to the rest of the world?

Caring for the poor is evidence of a living faith. The unsaved people that we’re trying so hard to reach have grown tired of the typical Christian lifestyle that we have promoted for so long. They’re not impressed by our music, our media and our clever sermon titles. What they want to see is evidence that our faith is more than a fairy tale.

I’m not here to condemn anyone. I’ve been as guilty of ignoring the poor as the next guy. This is a problem that we’ve all contributed to. We’ve all been the ones to say “Go in peace; keep warm and well fed.” And that is a failure on our part.

Taking care of the poor is evidence of a living faith. The question is, what will it take to spark that faith alive in you?

1 thought on “Caring for the Poor: Evidence of Faith”