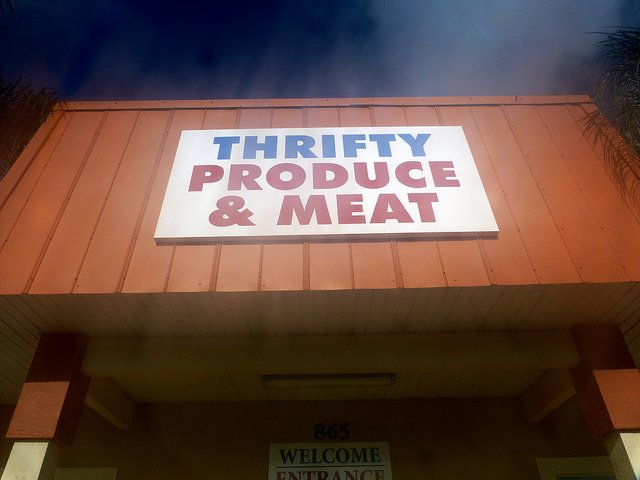 Most personal finance websites extol the virtues of thriftiness at length. But what happens when a penny-pinching spirit gets out of control?

In more ways that almost any other facet of human life, money has an overwhelming capacity for making slaves of us. Some people are slaves to greed, envy, or poverty. Other times the slavery is more subtle: We can be slaves to our jobs, slaves to other peoples’ expectations and even slaves to our own thriftiness.

Any attitude that affects the way we think about or handle our money has the potential to enslave us if we’re not careful — even those attitudes that seem like good things in their own rights. Thriftiness is a good example of this. While it’s certainly wise to live frugally and save money when possible, it’s easy for thriftiness to drift over into stinginess. When that happens, our frugality often does more harm than good.

Here are five warning signs that you might be a slave to thriftiness:

There’s no way around it — stuff goes wrong in life. Things break down, people get sick, houses deteriorate, and taking care of any of these problems can be expensive. If you’re trying to live frugally, you may procrastinate in dealing with these problems because you don’t want to spend the money that solving them will require. The trouble is that most problems don’t get better when you ignore them; they usually get worse. If you ignore areas that need attention, they have a tendency to fester, going from small problems to big problems that ultimately cause you a lot of pain. If this happens more often then you’d like to admit, you might be a slave to your thriftiness.

2) You take risks to save money.

There is often a fine line between turning down unnecessary expenses and ignoring important safety measures. You might think that you’re saving money by carrying cut-rate car or medical insurance (or opting out of insurance altogether), but having less-than-sufficient coverage really puts you and your family at risk. The same could be said of living in unsafe conditions, driving an unreliable or unsafe car, or eating too little in order to save money. All of those things can end up doing more harm than good in the long run. Taking stupid risks to save a buck is a sure sign of slavery.

3) You put money before relationships.

Money is important, and God wants us to be careful and wise in managing it. But money isn’t nearly as important to Him as people, and it shouldn’t be as important to us either. Unfortunately, our desire to spend little and save much can cause us to shy away from doing things that could help others or build relationships. If you duck out of situations where you may be asked to help someone else out because it could cost you a bit of money — or if you never pick up the check when you go out to eat with people — you need to think honestly about whether you’re letting your thriftiness control your relationships.

4) You only give the minimum.

If you’re a Christian, I hope you believe in tithing and giving. God wants us to do both. But if you’re trying to live frugally, it’s easy to fall into the trap of giving less than we should. After all, the tithe only requires giving of 10 percent of your income. If that’s all you can truly afford, then so be it. If you could give more, but chose not to because you don’t want to, your stinginess is getting in the way of growing a generous heart. And since God treasures generosity so much, anything that hinders us in giving is a stumbling block.

5) You’re always thinking about your money.

Smart shoppers and financial planners should always be on the lookout for ways to cut costs — within reason. There comes a point, though, when you’re so fixated on saving money that it’s almost all that you think about. When a new situation, opportunity or problem presents itself, your first thought is about how much it’s going to cost you. But if money can control your thoughts, it has made a slave of you, and you need some help to break free from its hold on your life.

So, let’s hear from all you money-savers out there — have you ever caught yourself going too far in your thriftiness? What was the warning sign that led you back from the brink?