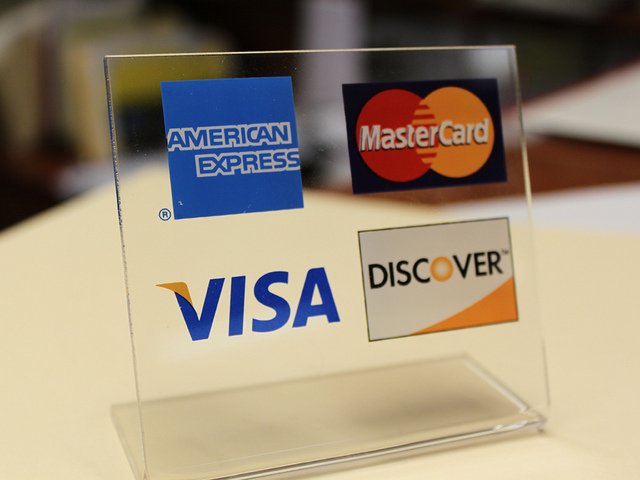 Everyone likes to tell themselves that their debt habit isn’t that bad. Sometimes, though, the facts tell a different story.

If you’re new to God, Money & Me, let me bring you up to speed quickly: We believe that all debt is a form of financial slavery. Living a lifestyle that is dependent on borrowed money is incredibly expensive, and can hold you back from accomplish some of the most important financial goals in life such as giving, investing, saving and building an inheritance for future generations.

Plenty of people agree with this idea in theory, but fall short when it comes to applying the practice in their own lives. They say “I know that debt isn’t great, but I don’t have too much debt. I’m really doing okay.” The problem is that this is often overly optimistic. Many people are more dependent on debt than they realize. And that self-delusion will cause unwanted outcomes in the long run.

How can you tell if your debt habits are worse than you think they are? Here are five warning signs.

1) Your balances are not getting smaller.

When it comes to debt, there is no such thing as neutrality. Either you’re getting out of debt, or your getting deeper in to it. If you have credit card, car loans, student loans or other debt, and haven’t seen your balances get any smaller, that’s a sure sign that you’re dependent on that debt. This can happen in one of two ways: Either you’re not making large enough payments to bring your balances down quickly, or you’re continuing to borrow money at a faster rate than what you pay off. Either way, the results are dangerous, because failing to pay debt off quickly can cost you tens of thousands of dollars in interest payments.

2) You get instant gratification.

Very few people truly have the resources to get anything that they want whenever they desire it. For most of us, making a special purchase requires some planning, hard work, saving and maybe some deal-hunting. Unless, of course, you’re willing to take out a loan. Borrowing money helps us get things that we want right away. It gives us instant gratification. And though this can feel good, its long-term effects are counterproductive.

Financially responsible people know how to wait, save and plan for big purchases. Foolish people borrow money to get the things that the want right away. If you find yourself getting instant gratification on life’s big purchases, unable to wait until you’ve saved enough cash to buy what you want, your debt problem may be worse than you think.

3) You’re fixated on your credit score.

There are tons of expenses that come up over the course of your life — both expected and unexpected — and there are only two ways to handle them. You can either save money ahead of time to pay for them, or use borrowed money to pay for them and pay the loan (and interest) back later. Of course, saving up for emergencies and big purchases is the much wiser way to go, and smart financial planners are usually always saving for something. If you’re not saving much, though, it means that you’re counting on debt to get you through big purchases and emergencies. Because you haven’t given yourself any alternative.

There are plenty of people out there that know debt is a bad idea, but can’t seem to extricate it from their lives. In many cases, they make excuses in order to reconcile what they know in their heads to what they do with their money. Excuses can run the gamut from “we’ve had a lot of unforeseen expenses this year” to “interest rates are really low right now” or “we’re borrowing money for a really good cause.” But in the end, excuses are only that — excuses. There is no amount of justification or good intentions that magically turns a bad financial strategy into a good one. If you’re making excuses for the amount of debt in your lifestyle, you’re probably too hooked on borrowed money to fight your way to debt freedom.

If any of these warning signs describes you, it’s a reason for concern. But all hope is not lost. You simply need to be honest with yourself about where you are in life, and then take a hard look at what it will take to break you of your debt habit for good. It won’t be an easy fix, but in the end it will be one of the best decisions you ever made.