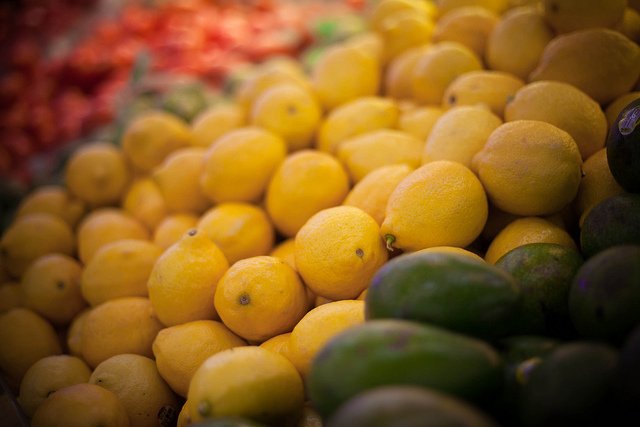 Trips to the grocery store don’t have to bust your budget.

In a recent conversation with a group of friends, someone mentioned to me that she and her husband are working on a very restricted budget for groceries right now. That brought up a discussion of ways to save money at the grocery store, and some of the ideas that came out of that may be helpful to you too.

Before we start, though, I should make some disclosures. I’m not a “money saving mom.” I don’t claim to have cornered the market on savings at the superstore. I’ve never clipped a coupon in my adult life, and I don’t even do most of the grocery shopping in our household. So I don’t claim that the advice in this article comes from a deep well of home economics expertise. These might not be the world’s top tips for saving money on groceries, but they are some common-sense suggestions that might help you cut down on your supermarket bill.

So, in addition to many of the things you already know about shopping cheap, here are five ideas that may help you out:

You would think that grocery stores employ similar markups across all items in their inventory, but this is not the case. Stores actually compete ferociously on staples like bread and milk, where consumers are likely to compare prices, and then make much higher profit margins on discretionary and specialty items. To make this phenomenon work in your favor, try to focus your grocery buying on these staples. In addition to bread and milk, this includes basic items like meats, eggs, cheese and some fruits and vegetables. Buying basic things like this isn’t exotic or even interesting, but it can keep your expenditures low while you’re under budgetary constraints.

The general rule is that the more work that has been done to prepare an item of food for sale in a grocery store, the more you’re going to pay for it. This means that while fresh produce, meats and the like can be fairly inexpensive, items that have been prepared, boxed, packaged and frozen tend to be more expensive. After all, the manufacture had to pay someone to do all that work to get the prepared product ready to go onto store shelves. It’s not uncommon for many prepared foods to cost $3-$4 per box or bag, which can make a big difference in a tight grocery budget. And since these processed and prepared items usually aren’t essential foodstuffs but rather accessories or other discretionary items, you can bypass them as you make your way around the store. (And as a bonus, avoiding processed food is much better for your health too).

Not all meat is created equal, even when it comes from the same animal. Certain cuts of meat are in higher demand than others, which makes them more expensive. You may be used to eating chicken breasts, pork tenderloin and ground beef sirloin, for instance, but that doesn’t mean that these are the same cuts of meat that you should buy when your budget is tight. There are many other cuts of meat from the same animals that are cheaper. Chicken thighs, for instance, are much more affordable than breasts, especially if you’re willing to bone and skin them yourself. The same is true of pork and beef — stew meat and other “tougher” cuts can be much cheaper than premium cuts. And if you learn the proper techniques for cooking them, these cuts can still taste delicious.

One of the most expensive things about cooking is that each recipe has its own list of ingredients, which means its own set of expenses. If you plan on preparing four or five different dinners throughout the course of a week, that can mean buying four of five separate sets of ingredients, which isn’t very efficient. The alternative is to plan only one or two dishes a week, and then cook them in bulk to maximize the use of the ingredients. Eating the same meal for three or four nights may not sound very adventurous, or even very fun, but it can definitely help you cut down on the number of ingredients you have to buy, therefore helping to reduce your grocery expenses.

It can be easy to pick up items now in anticipation of needing them later. That’s certainly a convenient way to shop, as it cuts down on trips to the grocery store. The problem is that having too many things on hand actually reduces your buying power. In the same way that businesses can’t keep too much inventory without tying up their operating capital, families shouldn’t be holding on to many consumables that they aren’t in the process of using. Every dollar that you spend on something that you won’t use until next week is a dollar that you can’t spend on something that you need this week. Buying things only when you need them increases your buying power and keeps you from tying up your grocery budget on items that aren’t being used.

So there you have five tips from an admitted non-expert. Now it’s your turn — what’s your best money-saving grocery tip? Share your wisdom and help other readers make a difference in their grocery budgets.