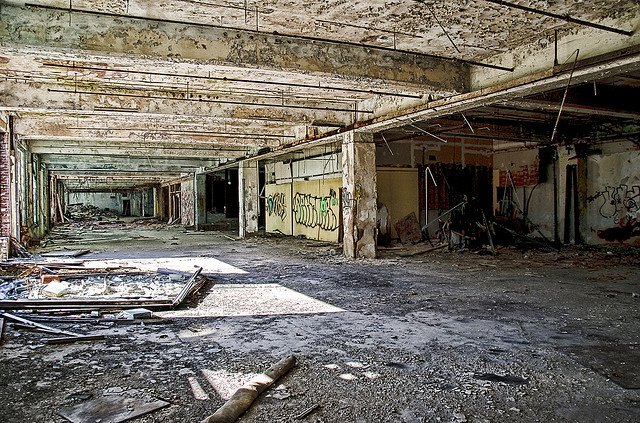 The recent news about the city of Detroit going bankrupt has made me think a lot about the downfalls of defined-benefit pensions lately. And it’s leading me to the conclusion that these pension plans are bad for everybody, and they need to just disappear.

If you’re not familiar with the issue, the city of Detroit has been through a few economically brutal decades that have left it desperate, and the city government has declared bankruptcy because it can no longer afford to meet its financial obligations. Much of what caused the bankruptcy is the city’s inability to fund the pensions of retired or soon-to-retire public service employees. And if you look at the historical causes of Detroit’s problems, a lot of them can be linked to defined-benefit pension problems too: Expensive pension systems are one of the factors that crippled the auto manufacturing industry that had kept Detroit humming throughout the 20th century.

Defined-benefit pensions aren’t the only culprit in Detroit, for sure, but they are a big problem that needs to be addressed. The entire scheme is inherently unsustainable, and it hurts everyone involved in the long run. Here are three reasons why pension plans should disappear.

Detroit’s local government is the one making headlines right now, but it’s hardly the only public-sector organization struggling with pension funding right now. Hundreds — if not thousands — of city and state governments around the country have major underfunded pension liabilities that they don’t know how to solve. Many experts think that Detroit’s bankruptcy is just one of many to come. And that doesn’t even include the schools, universities and other quasi-public sector organizations that have their backs up against the wall with pensions.

The truth is that the promise of a defined-benefit pension — that an employer will continue to provide income and health care for retired workers until they die — was always a pipe dream. In a highly competitive and volatile economic world, employers simply can’t afford to pay and care for their retirees. And with health care improving, those workers are living longer than ever before, which is placing greater strain on an already under-funded pension system.

The private sector, on the other hand, figured this out a long time ago. Most companies have switched from defined-benefit pensions to defined-contribution retirement plans, in which the employer helps the employee invest for retirement by matching their contributions to a 401(k) or similar plan. This is a far better solution, and the public sector should go this route as well.

Defined-benefit pensions create a false sense of security among the workers who expect to receive them. Many people who have a pension coming don’t do any investment or retirement savings on their own, which leaves them in a precarious situation: First of all, it limits the income that they’ll have in retirement to the company pension and Social Security, which may not be enough to maintain the lifestyle that they expect.

The second pitfall for employees who don’t save on their own is that pensions aren’t a sure thing. If you manage to make it through a 40-year career without switching jobs or having other employment problems, then you can get your pension at the end. But life is rarely predictable, and there are many things that can interrupt your plans. If you lose your job, if your organization closes or goes out of business, if life circumstances require you to stop working for a while — any of these things could cause you to lose your pension. If you lose your pension and you don’t have your own retirement savings, you’re in serious trouble.

Defined-contributions, like a 401(k) or an IRA, on the other hand, belong to the employee, not the employer, so that savings is always in place, no matter what your employment situation.

God’s Master Plan for our money teaches that leaving an inheritance for future generations is important, but defined-benefit pensions get in the way of us doing that. The reason is a bit technical, but bear with me.

Whether it’s a pension or a 401(k), all retirement systems work essentially the same way: Whoever is doing the savings for retirement takes a set amount of money each month or year and invests it into the stock market. The idea is that over the course of a career, the money that has been set aside (and the investment gains accrued) will amount to a large enough principle that the retiree can live off of the gains returned off of that principle every year (anywhere from 5-12%, depending on the investments). This leaves the large principle untouched and provides income for the retiree.