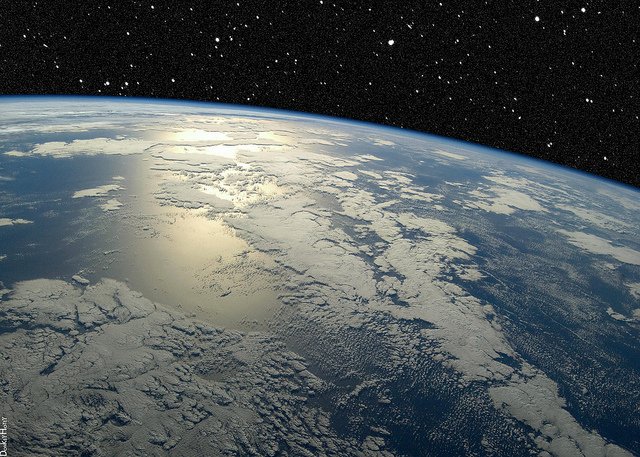 How could God claim to own everything in the universe, and have the audacity to tell us how to handle our finances?

A lot of people — and even some Christian people — struggle with the idea that God has any right to dictate how they spend their money. They fight the commandment to tithe, forget the teachings about giving to the poor, and generally ignore the rest of the Bible’s instructions about money. And they do it from an understandably indignant point of view: “I work hard to earn all of my money. Shouldn’t I get to do with it as I see fit?”

What these people forget, though, is that in the end we don’t really own anything. God owns everything in this world, and He does so by right of creation.

Today’s lesson is a simple one, but it has wide-ranging implications. God claims that He owns everything in the universe, and He’s right. Because He created the world. He’s the ultimate master of the universe. And, as such, everything that we see as part of this universe — including all of its wealth — rightfully belongs to Him.

An example from agriculture

Let’s think about this from a micro point of view. Say you want to be a farmer, In order to raise crops, you have to buy farmland. Next, you buy seeds, prepare the land, plant the seeds, water the seeds and watch them grow. When the harvest comes, you’ll have acres and acres of produce. All of the crops will be yours. Because you “created” the plants, you alone have the right to decide what should be done with them.

Let’s take the metaphor a step further. Let’s say that when the harvest time comes, you hire some workers to come and help you bring in the crops. You promise to feed them, house them and take care of all of their physical needs during the time that they work for you. And so you have a team of laborers in the fields working to harvest the crops for you. When one of these workers picks an apple or cuts down a stalk of wheat, do they own that produce? After all, they worked hard to pull it up from the earth.

Of course, as rational people we understand that a hired worker doesn’t own the produce that they harvest from your field. No matter who does the physical work of harvesting the crops, you still own all of the produce, because you own the land, bought the seeds, and paid the workers to do all of the labor. The fact that someone else worked hard to bring in the produce doesn’t mean that the produce isn’t yours, or that the worker can dictate what you must do with it.

Let’s go one step further still. As your farm becomes more successful, you hire a manager to oversee the work and the business. You trust the manager, and so you give him the authority to make financial decisions on your behalf. He can decide what to plant, decide when to harvest, and decide what to do with the crops once they come in. This manager you have hired has a lot of autonomy over your farm. In the end, though, he is still your manager, and the farm and all of its crops ultimately belong to you.

As it is with the farmer, so it is with God. If we believe that God created the universe and the world that we live in, we must also believe that He ultimately owns everything here. And because He created us, He also owns us as well. As the sovereign creator, He has no obligation to us to give us anything. Instead, He provides for our needs out of love.

When we accept this principle, we can begin to understand how our relationship with God works in the world of material possessions. We are but laborers and managers in the fields that God owns. The fact that we work hard for our money does not give us true ownership over that money. Rather, it simply means that we are doing our duty before God. And when He gives us money to manage for Him, we are also obligated to handle it according to His principles.

God owns everything in the world because He created the world itself. When we understand the role that we play in His world, we are able to succeed according to His rules. And in the world that God created, following His rules is the only thing that makes success truly possible.