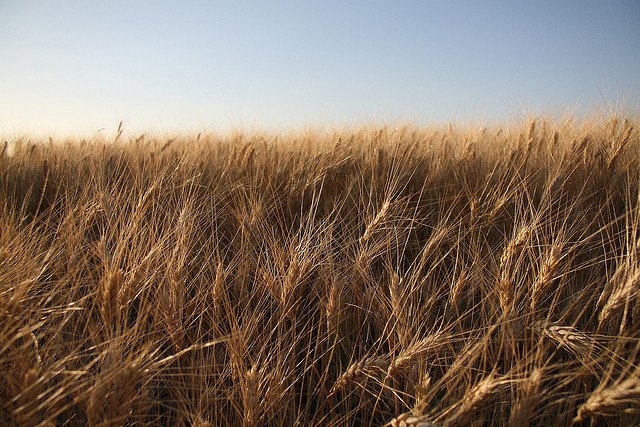 The way that God provides for your needs tomorrow may not be the same way that He has provided for you today.

Everything that we have in life ultimately comes from God, who owns everything on earth and gives us the provisions to meet our needs. That provision happens in a host of different ways. And just because you’ve become used to God providing for you in one certain way doesn’t mean that it will always be that way. In fact, the example from scripture is that God’s provision changes as we enter into new seasons in life.

For the past month or so, we’ve been learning a lot about God’s provision by studying the way that He provided manna and quail for the Israelites in the desert after they left Egypt. Based on the text found in Exodus 16, we’ve found that God provides for us in the perfect way at the perfect time, that our greed can warp and ruin God’s provision, and that God’s provision always enables us to uphold God’s principles. Today, as we wrap up this study, we’re going to see how God can provide for us in new ways as we enter new seasons of life.

Our text comes from Exodus 16:35, near the tail end of the chapter about manna and quail:

The Israelites ate manna forty years, until they came to a land that was settled; they ate manna until they reached the border of Canaan.

There’s an awful lot of history contained in this one sentence, and we don’t have time to unpack all of it. If you’re familiar with the story of the Israelites in the desert, you know that their wandering for 40 years lasted much longer than it should have (but that’s another topic for another day). You also know that when they reached Canaan — the promised land — they found it abundant in food and produce. As God had told them, it was “a land flowing with milk and honey.”

And so we see that manna and quail, though it lasted for 40 years, was in the end only a temporary measure. God did not intend for his people to simply get by on this subsistence food for the rest of their lives; rather, He had something greater in store for them. He would still provide for them, but once they entered the promised land, He began providing in a new way.

There are some interesting things to note here. In Canaan, God gave the Israelites a fertile land of abundance. He provided for them by giving them a home where they could work the land and raise crops to feed themselves. This was a very different kind of provision than the manna and quail. Manna was direct, supernatural provision, sent from heaven every morning to keep the vulnerable Israelites from starving. In the promised land, though, the provision became indirect: God was no longer supernaturally sending the people food every morning. Rather, He put them in a circumstance where they could work to raise food for themselves.

Did this mean that God stopped providing for His people? No — after all, He was the one that gave them the land in the first place. What it means is that, as they entered a new season of life, God required them to take greater responsibility for their own provision. In the desert, all that they had to do was go out and gather manna and quail each day. In Canaan, they would have to work to raise crops and flocks. It doesn’t mean that God was less faithful to them. It meant that, as they entered into the fullness of His promises to them, He gave them more responsibility and authority over their own provision.

As it was for the Israelites, so it is with us. Though we may go through periods of intense need (as the Israelites did in the desert) or encounter seasons of divine provision when God meets our needs in spite of our own limitations (as the Israelites did with manna and quail), this is not the way that God intends for us to live forever. He will always provide for us. But as we mature, He brings us into places of abundance, and asks us to roll up our sleeves and get to work in order to participate in His provision.

If you’re struggling with lack or poverty in this season of life, know that God is here to provide for you. But as you grow — as God rescues you from the depths of despair and brings you out into spacious places — be aware that His provision is probably going to change. He is giving you the tools to provide for yourself.

It’s going to take work, maybe even a lot of work. But in the land of great work there is also great abundance.