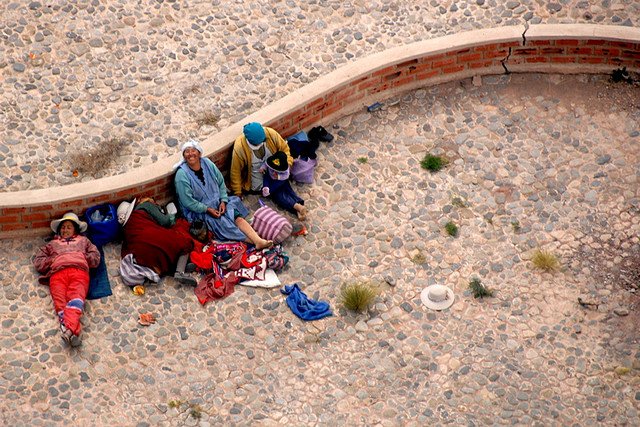 If you want to enjoy God’s provision, you’re going to have to follow God’s rules.

One of the best pieces of news for those of us who worry about our finances and futures is that we don’t have to figure life out alone: Our God owns everything in the universe, and He promises to provide everything that we need if we follow and obey Him. But if we’re going to count on His provision to take care of us, we’re going to have to do things His way.

Over the past few weeks, we’ve been examining the way that God provided manna and quail for the Israelites while they were in the desert, and applying some of the principles there to our own financial lives. We’ve learned that slavery can sometimes be more attractive than freedom, that God provides perfectly for the things that we need, and that our own greed can ruin God’s provision. Today’s lesson is all about how God’s provision is related to His precepts.

We’ve been studying the story of the Israelites as it’s told in Exodus 16, where we get a lot of information about the way that God provided for their physical needs while they were in the desert. Toward the end of the chapter, we learn about how God fed the people on the Sabbath, a day that He set aside for rest and worship. Since God didn’t want the people working to gather manna on the Sabbath, He instructed them to gather twice the normal amount on the day before. Though the manna proved impossible to keep overnight on normal days, the portion that they held over for the Sabbath was perfectly edible.

Some of the people, though weren’t satisfied with this. We’ll pick the story up in verse 27:

27 Nevertheless, some of the people went out on the seventh day to gather it, but they found none. 28 Then the Lord said to Moses, “How long will you refuse to keep my commands and my instructions? 29 Bear in mind that the Lord has given you the Sabbath; that is why on the sixth day he gives you bread for two days. Everyone is to stay where they are on the seventh day; no one is to go out.” 30 So the people rested on the seventh day.

At first blush, it seems that God is being kind of hard on the people, After all, they were used to getting their food every morning, and they got only enough for one day. It makes sense that some of them would go out looking for it on the seventh day. But God never intended for His people to work on the Sabbath, and He chastised those who went out looking for more food than what He had already provided.

There are two important lessons here. The first is that God takes His own laws really seriously — even more seriously than He takes our perceived needs. Though the Israelites had a physical need for food, God’s principle of Sabbath rest took precedence over their hunger. He always intended to feed them, but He was not willing to violate His own principles to do it.

The second lesson is a continuation of the first: When God is providing for us, He always does so in a way that is consistent with His principles. He didn’t want the people to go out and work for food on the seventh day, so He gave them a double portion on the sixth. He never asks us to cheat, cut corners or look the other way in order to have our needs met. Rather, He provides for us in a way that also honors His commandments.

This has a lot of implications in our modern financial lives. The Sabbath itself is an obvious example: Though it may be tempting to work seven days a week to earn extra cash, that’s not what God wants you to do. He still wants His people to take one day a week for rest and worship. So while it may sound counter-intuitive, He will provide for you better in six days than you could provide for yourself in seven.

This idea also helps us to understand the principle of the tithe. God asks His people to give 10 percent of their income to Him and His work. If you’re on a tight budget, it can be downright scary to part with a tenth of your money every month. But remember, God is your true provider, and He always provides in a way that is consistent with His principles. So although you may be tempted to skimp on your tithing, this is exactly the wrong move. God honors the people who honor Him, and provides for the people that follow His laws. If God is really your provider, He will provide enough for you to both tithe and also take care of your family’s needs.

Finally, this story gives a lot of guidance to anyone who is tempted to do something deceptive, underhanded, illegal, immoral or otherwise shady to make money. Some people get rich doing despicable things, but God certainly doesn’t honor that, and they always pay the price for their sins in the end. If you believe that God is your provider, you also need to believe that He will meet your needs through noble work and the generosity of His people. Stay away from shady people and shady deals.

If you ever feel the urge to cut corners or skirt God’s principles in order to get ahead financially, I would encourage you to take another look at the way that God provided for the  Israelites. God wants to meet your needs, but He insists on doing it His way.