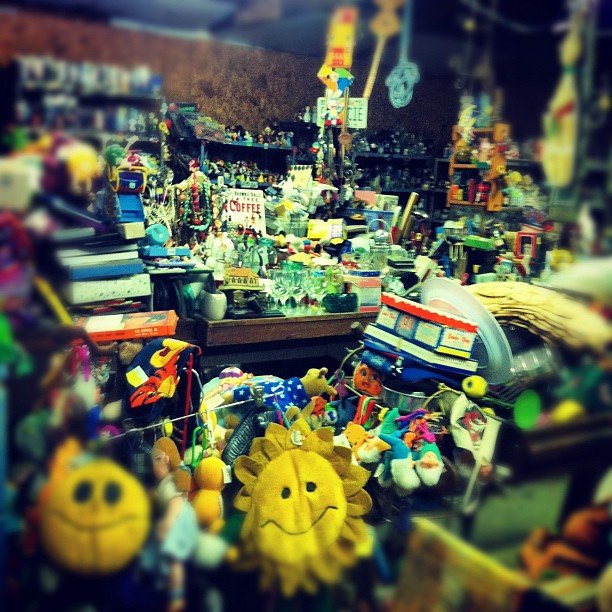 You’re not so different from the hoarders you see on TV. You know, the ones that keep their dead cats in plastic bags.

Okay, maybe you are different — after all, it probably wouldn’t take a crew of professionals several days to sift through the junk in your home. But if you’ve become overly attached to certain material possessions, you can be a slave to “stuff.”

Though it seems like an innocuous part of everyday life, there is a real danger in money and the culture that goes along with it. The Bible warns us, many times and in many ways, that money can make slaves of us if we’re not careful. Things like greed, debt, poverty, envy and other rotten attitudes are symptoms of financial slavery. And like a cancer, these attitudes can spread from dollars and sense to infect the way you think about important stuff you own as well.

An example: Let’s say that you don’t have a lot of cash, you don’t earn a big salary, and you don’t have a flashy lifestyle. That’s great. But somehow, you’ve managed to get a great car (or a great guitar, or a great pair of shoes, or whatever) that you’re really proud of. It’s super-nice, and you treasure it. If that great car starts to become the thing that you value most in this world, it’s going to begin changing the way you behave. You’re going to be stingy about where you take it, stingy about what you do with it, stingy about who rides in it, and way too stingy to lend it to someone in a pinch.

When you care so much about a thing that it affects the way that you think and act, that’s slavery.

There’s nothing wrong with having nice things. But when those things take an over-sized place in our hearts, we start to have problems. When we treat those things better than we treat people we care about, something is amiss. If we’re constantly spending time or money to maintain or improve those things, instead of spending that time or money on more worthwhile causes, slavery is knocking at our door.

The comparison to hoarders may seem extreme, and I admit that there are major differences between a serious hoarder and a garden variety stuff-slave. (Most hoarders seem to have psychological problems that are tied to traumatic events in their lives.) But they are a poignant example of what can happen when an attachment to stuff takes over someone’s life. You probably don’t live in the depression and squalor that these people do. But if you’re a slave to stuff — even a little bit — are you really any better than they are?

Giving up any amount of control of your heart to stuff (or money) is the same as submitting yourself to a little bit of slavery. Freedom and happiness, on the other hand, come from contentment. If nothing that you have controls you, then having nothing won’t control you either.

For a hoarder to retake control of his life, he has to let go of the things that he’s holding on to… because they’re really holding on to him. If you’re a slave to stuff, what’s the best thing that you can find to let go of?