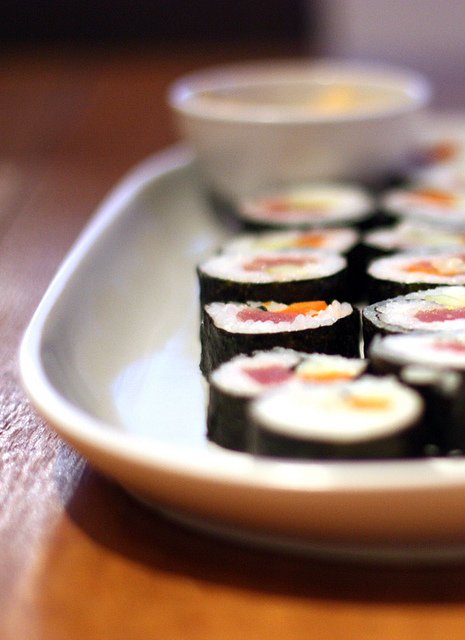 Would you be more likely to patronize a restaurant if you knew you wouldn’t be asked to leave a tip at the end of your meal?

I have to admit that I would be. If you’ve followed our articles this month, you already understand why: We’ve written about how tipping is an inherently unfair and discriminatory system, and how senseless social pressure has pushed tipping customs into all sorts of inappropriate places in modern culture.

We’re definitely not here to point out problems without suggesting solutions, though. There are alternatives to the tipping culture that we’ve become used to, and we’re going to explore those alternatives today.

Two New York restaurants have been in the news recently for abandoning the tipping system. Per Se restaurant recently eliminated tipping in favor of a mandatory 20% service charge added to each customer’s bill. And Sushi Yashuda made headlines for abandoning separate service charges altogether and raising menu prices in order to pay waiters a full salary,more closely aligning themselves with Japanese customs.

Granted, these two restaurants are both high-end establishments in expensive New York neighborhoods. But I think their owners are on to something: By replacing discretionary tips with full wages or mandatory service charges, they’re making life better for both their customers and their employees.

Included in the Price of the Meal

Of the two solutions enacted by these restaurants recently, I like the Sushi Yashuda model the most. This restaurant owner has taken a common-sense approach to his product, treating it like any other product on the general market today. When you buy anything — groceries, a car, music, gasoline, etc. — you aren’t asked to pay the wages of the service workers separately from the price of the good you’re purchasing. Rather, the cost of service is included in the the retail price. Why should it be any different for restaurants?

The sushi guys don’t think that it should be. Instead of making their employees depend on the good graces of customers for their compensation, they provide a full salary — along with a benefits package — to their servers. This is a huge help for the workers, who can now make their financial plans according to a normal wage, instead of having their income fluctuate according to their shift assignments or customer moods. It also makes the servers more accountable to the management, which helps the managers to hold them to a higher standard of service. And it obviously works out well for the customers, who can base their buying decisions on menu prices alone.

Unfortunately, there are problems with this model. If low-end restaurants across the country were forced to implement it, they would very likely pay their servers close to minimum wage, creating a “race to the bottom” in terms of employee competence and server quality. Companies that count on low prices to attract customers would probably struggle to find good servers who would work for low wages. But restaurateurs willing to pay a fair wage for good workers would earn a reputation for great service that would probably help them grow their businesses.

As much as I like the model of employee compensation being included in the menu price, I think that the Per Se model is probably the most pragmatic for today. This restaurant is adding a mandatory service charge to all checks — just like many restaurants do today for large parties of diners — and then doesn’t let the customer get away with tipping more or less than that amount. In effect, this charge becomes less of a tip and more of a commission that is paid directly to the servers by the customers.

This method is probably much more likely to catch on than the one above, because it allows the restaurant to set its servers’ pay structure without raising menu prices. It’s not as beneficial for the servers — their compensation is still going to vary according to how much they sell on any given day, as any salesperson’s does. But it does spare them from the whims of unhappy, uniformed or otherwise lousy tippers. And it’s good for customers too, because it takes the guesswork and social pressure out of the tipping ritual.

In the end, either of these systems is much better than the current tipping culture. And it’s not just these two restaurants; these companies are part of a movement that appears to be growing (if ever so slowly).

I’m no fool, and I don’t realistically expect these ideas to catch on nationwide anytime soon. Still, can you imagine how much better off everyone would be if they did?