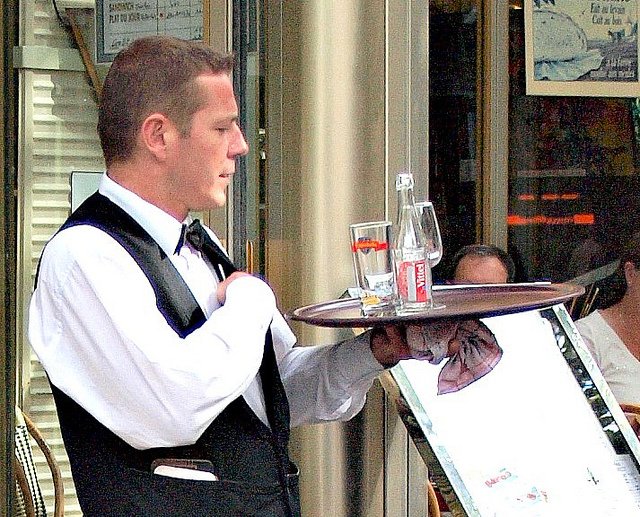 Let’s get this out of  the way first: I hate tipping.

It’s not that I’m a terrible, selfish person who doesn’t want to pay people for service. It’s the entire system of tipping that is odious. It’s corrupt, manipulative, inefficient  and unfair. The entire economy would be better served if we eliminated tipping altogether and paid service workers a fair wage from the start. Unfortunately, that’s not going to happen anytime soon.

If tipping is here to stay, then the generous Christian money manager has some decisions to make: When should I tip, and how much? Expert opinions vary wildly on tipping — some people suggest that you tip everyone from the mailman to the paper boy — and it’s hard to separate authentic generosity from social pressure. But we must give it a shot, so here are some thoughts to help you make your way through the tipping culture.

What’s the point of tipping?

In its most basic form, tipping is all about gratitude. When a worker goes beyond your expectations to provide you a genuinely helpful personal service, it makes sense to give them a tip. Tipping is a way of recognizing that someone has gone out of their way to do something exceptional for you. Many service workers will tell you that the recognition that comes with the tip is appreciated just as much — or maybe even more — than the monetary value of the tip itself.

In the  ideal world, tipping would  be reserved for these truly exemplary acts of service. And in much of the world, it is — in fact, it is  only in a few Western countries where an elaborate system of tipping expectations has become the norm. In most  places, business owners pay their service employees a full wage that meets the living standards of the local economy, so those workers don’t depend on tips in order to pay their bills. Tipping is a kind and thoughtful gesture, but in most of the world it is by no means necessary.

In the United States (and a few other developed nations), however, this is not the case. Here, business owners have created this insidious system where they don’t have to pay their workers a real wage, because they can count on social pressure to force their patrons to pay employees through tipping. This problem is most widespread at restaurants — most full-service restaurant workers count on tips for the lion’s share of their income — but it also exists in a few other kinds of service professions as well.

To tip or not to tip?

It seems like everyone these days is asking for a tip. So how do you decide who to tip and who not to tip?

First of all, tipping is basically mandatory in restaurants. Many states allow restaurant owners to pay their workers far below minimum wage with the understanding that the tips left by patrons will make up for the difference in income. Because of this warped system, restaurant servers really do count on your tips to pay their bills. Stiffing a restaurant waiter is really selfish and disrespectful. If your service is bad enough that you’re tempted not to leave a tip, you probably need to report it  to the restaurant management anyway.

So how much should you tip in restaurants? Again, it depends where in the world you are. In many countries, a tip of a dollar or two is considered more than sufficient. In the U.S., though, the standard is 15% of the bill for a basic level of service. If a worker has provided really good service, 20% or more can be appropriate. But you should never feel pressured to tip 20%.

What about coffee shops, quick service restaurants and other places that  don’t have waiters but do have tip jars at the cash register? In these cases, the employees are paid a full wage (although it might still be at or close to minimum wage). These folks aren’t really relying on your tips for their wage — the tips are just a bonus. So I find it helpful to go back to the purpose of tipping: Has this person gone above and beyond to offer me extraordinary service? If they simply rang up my burrito order or whipped up my coffee, the answer is usually going to be “no”. If the service they’re providing me falls within their ordinary duties, the price I am paying for the good or service is sufficient.

I find this rule helpful in making decisions about tipping in numerous circumstances. The mailman, the paper boy, the hairdresser, the babysitter and folks like them are providing a standard service that falls well within the definition of their jobs. In most cases, I am already paying them for the base service. Unless they have done something extraordinary for me, why should I feel social pressure to pay them any more?

On the other hand, there are times when tipping does seem appropriate. If I’ve made a significant mess of a hotel room, I leave a tip for the maid who has to clean it up. The delivery driver who brings me a pizza in the pouring rain deserves a tip for having to deal with those circumstances. But the cab driver who takes you on a 10-minute ride across town — why should he get any more than what you’re already paying him?

Leaving a tip or being a blessing

Of course, there is an exception to all of this common-sense thinking about tipping, and that is the principle of blessing. We know that God wants us to use our money to bless the people around us, and sometimes the best way to be a blessing is to leave a good tip. This doesn’t mean that Christians are required tip generously and indiscriminately everywhere we go. What it does mean is that, if God impresses upon your heart that He wants you to bless a certain service worker with a big tip, you should be sensitive to that leading and generous with your blessing.

Next time, we’re going to take a look at some of the reasons why the tipping system is deeply flawed and ought to be abandoned. In the meantime, ask yourself this: Am I tipping because I feel pressured to do so, or am I giving generously to be a blessing?