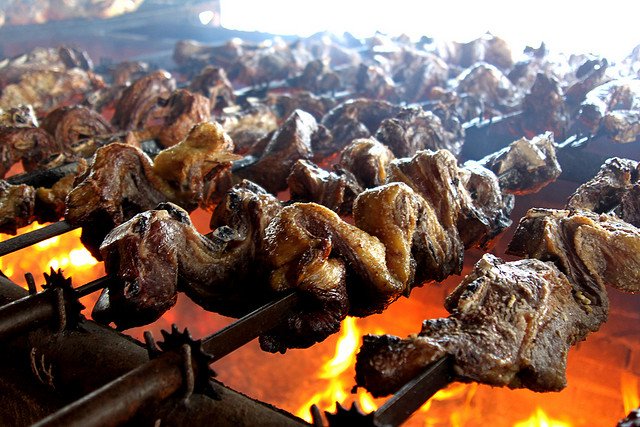 Sometimes circumstances that seem comfortable to us are really slavery in disguise.

Case in point: The story of the Israelites in Exodus. After God miraculously delivered them from the hands of their Egyptian slave masters, the people began to complain about all of the comforts they left in Egypt. Maybe slavery isn’t so bad, they thought, as long as you’re well fed.

When we talk about the intersection of faith and personal finance, we find ourselves emphasizing two important principles. The first is that God, who owns everything in the whole universe, supplies us all of the things that we need in life. The second is that, if we’re not careful to keep the right perspective, money can make slaves of us in all kinds of insidious ways. We see these two powerful principles come together in the story of the ancient Israelites, and it teaches us a lot about God, slavery and the condition of our own hearts.

The story of the Exodus from Egypt is pretty famous: God sent Moses to Pharaoh to demand freedom for the Israelites. When Pharaoh refused, God sent ten miraculous plagues to change his heart. In the end, the Israelites escaped Egypt, carrying much of the nation’s wealth out with them. But once they reached the desert, they quickly forgot about the power of their Deliverer, and began to pine for the comforts of Egypt. We’ll pick the story up in Exodus 16:2-3, when the people begin to get restless:

2 In the desert the whole community grumbled against Moses and Aaron. 3 The Israelites said to them, “If only we had died by the Lord’s hand in Egypt!There we sat around pots of meat and ate all the food we wanted, but you have brought us out into this desert to starve this entire assembly to death.”

It didn’t take long for empty bellies to change the hearts of these people, who had  cried out for so long for God to rescue them. They had come to know God as their deliverer, but did not yet know Him as their provider. And so, in spite of all He had done for them, they began to grumble against God and against His servants.

After having gained their freedom, the Israelites began to look back on their days of slavery with fondness. Some of them even wanted to return to their oppressors. After all, no matter how poorly the Egyptians treated them, at least their masters fed them well. Sure, slavery was terrible, but there there was a certain perverse comfort in it. And the comforts of slavery can look pretty attractive when you don’t know where your next meal is coming from.

Through the lens of history, it’s easy to look at the Israelites and see them as foolish and simple-minded. After all, we have the benefit of seeing this story in hindsight. But I wonder how we would have responded to this situation if we were one of the Israelites. Can we honestly say that we are any more wise or contented than they are?

I would argue that many of us are not. We don’t live in the kind of physical slavery that the Israelites endured, and yet there is financial and spiritual bondage all around us. Debt, selfishness, greed, poverty and many other forms of financial slavery are holding God’s people down today. And He is ready to redeem us — in fact, He gives us detailed instructions about how to escape these situations in the Bible. But too many people choose never to take the steps toward freedom. Because the path to freedom is hard, and leaving the system that you know can be terrifying.

Fortunately, this is not where the story ends. God wanted the people to know Him as their provider, and so He gave them food to eat every day. The quail and manna that God provided for the Israelites became a hallmark of their time in the desert and an enduring symbol of His faithfulness to them.

If you’re struggling with financial slavery, let me encourage you to this: Though the path to freedom is difficult and scary at times, God is your provider, and will not let you fail. Give Him an opportunity to prove Himself to you, and He will show you true blessings that vastly outweigh the false comforts of slavery.