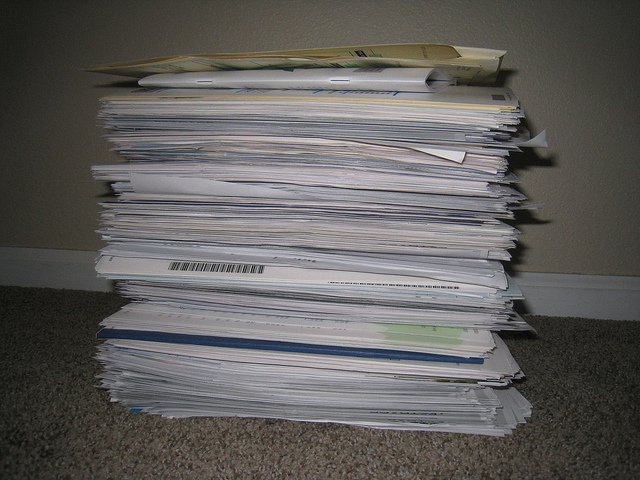 Did you make a New Year’s resolution to get out of debt this year? How is that going for you?

The year is almost half gone — June will be over before you know it, kicking us into the back half of 2013. If you’re like most people, you may have begun to waver on your New Year’s resolution in February or March; unless you have extraordinary discipline, you’re unlikely to have maintained your well-meaning crusade into the summer. But if you fell off the debt-paying bandwagon, there’s no need to beat yourself up, and no need to wait until 2014 to try again. There’s still time this year to make significant progress toward your debt-free goal. You just need the proper motivation.

Many people get bogged down in their debt payment plans when, after sacrificing for several months, they don’t feel like they’ve made any real progress. The remedy to that situation is to pay off a few small debts first, getting quick victories that will motivate you for the upcoming challenges. And that’s good news: You may not have time to eliminate all of your debt in what remains of this year, but you do have time to pay off some small debts to motivate you for the year to come.

Most people who are in debt have a mix of bills — some very large debts mixed with some much smaller ones. If you apply yourself and begin paying aggressively this month, you can knock out one or more of those small bills by the end of the year. If you start with June payments, you can wipe out $2,000 of debt over the rest of this year by paying right around $285 per month. For many people that’s a doable amount (and if you have a big income, you might be able to do more than that). So, with that goal in mind, here are five small debts that you can still pay off before the end of the year.

If you have unsecured debts (outside of credit cards or student loans), they probably don’t amount to very much. Whether it’s a “signature loan” that you took out with your local bank; an item that you’ve pawned; or a payday loan, cash advance or other despicable debt, you probably have less than $2,000 in these personal loans.  Because they’re unsecured, these loans often have very high interest rates. It makes sense, then, to go ahead and knock them out with a few big payments instead of letting them sit around and run up interest while you pay the minimums. A few months’ worth of hard work can have these annoying things gone for good.

2) Electronics, Appliances and Other Merchandise

Too often, people rely on easy in-store financing to buy appliances, televisions, stereos or other expensive consumer goods that they haven’t saved cash for. If you’re a big spender, perhaps you have more than $2,000 in this type of debt, but most people don’t — electronics and appliances just aren’t that expensive today. You may be floating on a no-interest loan offer from the retailer, but when that deal expires, you can be socked with big back-interest penalties. Instead of stringing yourself along on these items, hunker down for the rest of this year to pay them off. That way, you can enjoy your purchases guilt-free.

Although the average American household carries more than $7,000 in credit card balances these days, that debt usually isn’t all on the same account. In addition to your heftier credit card balances, you likely have a few smaller ones sticking around. Often, those small balances are on cards you got when you were very young, and they had very low credit limits and very high interest rates. If you have a few old cards sitting around with balances of $2,000 or less, this is a great time to pay them off. You can swat them down this year, leaving you free to focus on your bigger balances in the year to come.

Owing money to family members is just awkward: While it may seem easy to go to your parents or other relatives when you have a financial need, the aftermath of borrowing from them can be just plain uncomfortable. Debt creates a master-slave relationship between people, but God never intended for us to have that sort of relationship with our loved ones. The only way to restore the proper family relationship is to pay off the debt. Some people in extreme circumstances may owe several thousand dollars to family members, but you’re much more likely to owe somebody $2,000 or less. Make the effort to pay them off this year, and you’ll find yourself having the happiest holiday celebration that you have in a long time.

Car loans are always a bad deal, and the fact that cars often depreciate faster than you can pay down the balance makes these deals especially dangerous. If you have a small auto loan from a used car that you bought recently (or a new car that you bought a while back), go ahead and knock that sucker off. It will give you a lot more peace when you drive, and will protect you against going further in debt if you happen to have an accident.

Bonus tip: If you have a bigger car loan, you can pay that debt off this year too. As long as your car is still worth more than you owe on it, you can sell it now, pay off the loan, and use the leftover money to buy a car you can actually afford. That’s a bold move, but it will also make a big difference in your race to eliminate debt.