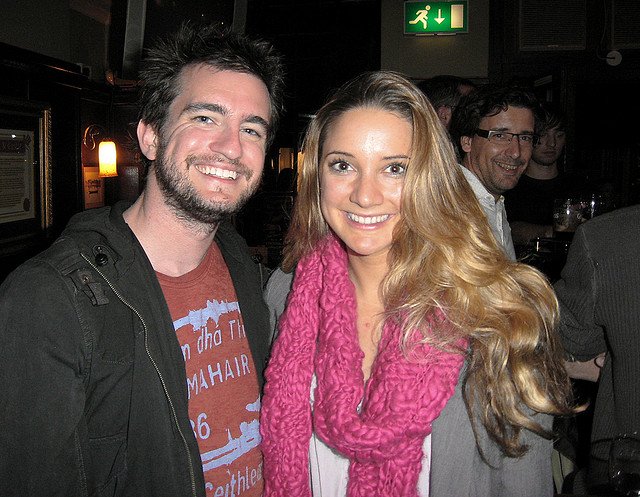 So you think that maybe, just maybe, you’ve found “the one.” If this relationship is going to be the one you ride into the sunset, making good money decisions now can be the first step in setting you up for financial success in the long run.

You’re certain to have some fun while you’re dating, but as your relationship becomes more serious, the way that you handle money is going to become a bigger part of your dating equation. Making smart decisions now can position you very well for the coming stages of your relationship, but poor money management might sink your big adventure altogether.

We’ve been doling out lots of financial advice for young people recently, including basic money wisdom for graduates and financial insights for newlyweds. Today we’re going to continue in that vein and offer our best tips for dating couples. This advice is designed for couples in serious relationships (those who are working their way toward engagement and marriage), and will help you make the most of this exciting time.

So, here are our top five bits of financial advice for dating couples:

When a dating relationship gets serious and begins to feel permanent, one of the biggest temptations for young couples is to skip ahead and begin living as though they’re already married. You’ve probably noticed this phenomenon in your physical affection, but it applies across all aspects of your relationship. And unfortunately, jumping the gun often leads to adverse results.

Some dating couples begin combining their finances before they’re even engaged, blurring the lines between their individual bank accounts and using their money to pay for each other’s living expenses, emergency situations, etc. It may seem like a loving thing to do to pay your boyfriend’s rent, but it creates more problems that it solves. The fact is that you’re not married yet, and you have no real guarantee about the permanence of your relationship until you say “I do.” I’ve witnessed serious relationships fall apart in the 11th hour and seen people hire lawyers to try to untangle the financial mess they made while dating. Don’t let this be you: Protect yourself while you’re single by keeping your finances separate until you get married.

2) Set a limit on date spending

Sometime over  the last century, our culture developed the peculiar idea that the best way to woo someone is to spend large amounts of money on lavish dates. This of course, is preposterous — unless you’re independently wealthy, the only thing that spending big on dates demonstrates is that you don’t have much financial discipline. Why would that be attractive in a mate?

The fact that you’re dating doesn’t give you a free pass to blow your budget. No matter whether he pays or she pays, spending more than you can afford to on a date is a recipe for financial stress, debt and other headaches. If you’re in a serious relationship with someone, agree on a limit for how much you’ll spend when you go out. This limit will allow you to have fun while also maintaining financial discipline and preparing for upcoming stages of your relationship. When Laura and I were dating, we set a $15 limit on our dates. That forced us to be creative — we spent a lot of time cooking for each other and taking walks in the park — but it also helped us to get to know each other and have a great time, all without breaking the bank.

3) Get a grip on your own finances

If you’re in the midst of a seriously progressing relationship and your own financial situation is less than tidy, it can be tempting to kick the can down the road and wait until after you get married to start dealing with your money problems. After all, you’ll have two incomes after you get married, so it should be easy to fix all this stuff, right? But if both you and your significant other take this approach, you simply come into a relationship with double the problems. And that’s no way to start a life together.

The fact is that financial issues are the leading cause of marital strain and divorce in North America, and if you put off fixing your finances until you’re married, you’re liking contributing to future financial stress in your marriage. So instead of taking this approach, use the time that you’re dating to clean up your own finances as best you can. Put together a budget, pay down debt, start saving money for emergencies, and do other things that will help you enter a potential marriage on solid financial footing.

Every serious relationship reaches the point where you stop putting on your best dating face and start confronting the realities of your lives and personalities. As you’re getting to know one another on this deeper level, you’ll discus things like your families, your life dreams and aspirations, your faith and even your vision for your future family. When you reach this point, you should also begin talking about money.

The details of your individual  financial lives will become the details of your combined financial life if you get married, and so it’s only fair to give your prospective partner an accurate overview of your financial situation. You should talk about your income, your debt, your budget and the steps that you’re taking to grow financially. If your finances are less than stellar, it could be difficult to admit to someone you care about that you have money problems. But it’s better to admit it now — and see their honest reaction — than to hide your trouble and spring it on them later once you’re protected by the commitment of engagement or marriage. Communicating honestly about money now sets the stage for successful financial management later in your relationship.

5) Prepare for engagement with cash

One of the most exciting times in a dating relationship is that moment that you realize that this is the person you want to marry, and you begin making preparations for engagement and a wedding. If you’re a guy who is planning on buying an engagement ring, there can be a lot of cultural pressure to borrow money so that you can put a big rock on your girl’s finger. If you’re a girl who digs glamorous weddings, you can feel a lot of social pressure to borrow money to turn your wedding into a fancy event. But both of these temptations are dangerous — whatever expenses you incur in getting engaged and married, you should prepare to pay for them with cash.

Debt is a dangerous financial strategy that will hold you back from a lot of the important things that you’ll want to do as a young married couple. So as romantic as it may seem to take out loans for expensive jewelry and society weddings, you should avoid that temptation. Young men who are contemplating marriage should pile up as much cash as they can to buy an engagement ring, and young women should be content with whatever class of ring that their men can afford. It may not be an impressive piece of jewelry, but the discipline and wisdom that this behavior represents says far more about the man than a diamond ever could. And if you’ll be footing the bill for your wedding, save as much money as you can, then throw an event that you can pay cash for. The best memories from a wedding won’t come from spending money on it. But if you go into debt to finance your fiesta, you’ll be entering your new marriage with a mountain of regret.