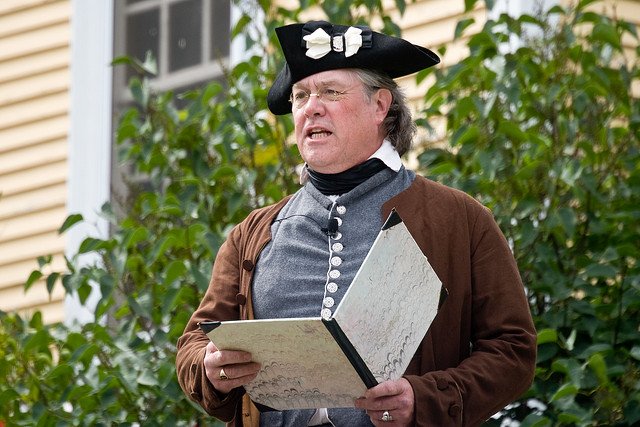 One of the greatest things about being an adult is having financial independence. But if you count on borrowing and debt to survive in life, you’re not really independent at all.

We love to think of ourselves as independent — after all, independence is an essential part of the American spirit. And God certainly created us to live in freedom. But when we borrow money, we’re actually becoming less independent than we were before. Borrowing is depending on other people’s money to get you through your life. And if you’re not careful, it can put you in serious bondage.

We’re firm believers that debt is a form of financial slavery, and something that everyone needs to stay away from. In addition to the way that it creates cycles of bondage and can costs you tens of thousands of dollars over the course of your life, debt also creates dangerous dependencies that decrease your autonomy.

Here’s the basic principle at work in this area of finance: Influence always follows money. Anyone who gives you money is going to exercise some influence in your life. Sometime’s its a subtle influence; other times it’s in-your-face pressure. A bank that gives you money to buy a car is going to require you to buy insurance on that car. An organization that gives you loans for college is going to require that you start paying them back when you graduate. A family member who lends you money is going to make suggestions about how you spend it. No matter where borrowed money comes from, there are always strings attached.

Now, we’re not saying that influence is always a bad thing. Your boss has a certain amount of influence over you because he pays you, and he expects you to show up for work. If influence didn’t follow money, our entire financial system would fall apart. So the problem here isn’t influence per se, but inappropriate influence. When we borrow money, we give outsiders influence into our lives that they wouldn’t have otherwise, and that influence can hold us back.

Let’s look an obvious example: If you’ve borrowed money from your parents or another friend or family member, you’ve probably discovered that this can create awkward situations quickly. Although you’re an adult and you’re supposedly independent, taking money from your parents put you back in a position of being dependent on them for something. When you were a child, your dependence on them meant that you also had to obey them and do what they said. Now that you’re grown, that situation is a little bit more nebulous —  you want your independence, but your parents want to make sure that the money that they loaned you is being used wisely (and that they will eventually be paid back). So they’re likely to try to influence some of your financial decisions or life choices.

Even if your relationship with your parents is good, this kind of influence can be uncomfortable. If you’ve borrowed money from a family member, though, this is the kind of relationship you’ve signed up for.

Now, to a more complicated example: Let’s say that you’re a typical American consumer, with a typical lifestyle and typical amount of debt. You have a five-digit student loan balance, a credit card with about $5,000 on it, a car loan and maybe some other debt. Under these circumstances, it’s not at all uncommon that your monthly debt payments add up to $500 or more — maybe much more. And perhaps you can afford to make all of those payments with the job you have now. But think about this: Would you still be able to make those payments if you decided to go a different direction in life?

The truth is that your debt load is restricting you from a lot of life’s opportunities. What if you have a great business idea, but starting your company will mean going for a few months or years with a very lean income? Can you do it? If you have $500 in debt payments to make each month, then you probably can’t afford to go start that business, even if it would be very lucrative in the future. Or what if you were to discover a passion for ministry or a call to the mission field? Could you leave everything behind, raise support and move to work in a foreign country? If you were truly financially independent, you could. But with a big debt payment due every month, a missionary’s lifestyle just isn’t possible.

These are just a few examples of the way that debt diminishes your financial independence. You may not find yourself in these exact circumstances. But if you do have debt, it’s definitely holding you back from something, like investing for retirement or giving generously. Whatever it is you want to do, debt decreases your ability to do it.

So the question is this: Who has influence over your financial life, and what can you do to shake them off?