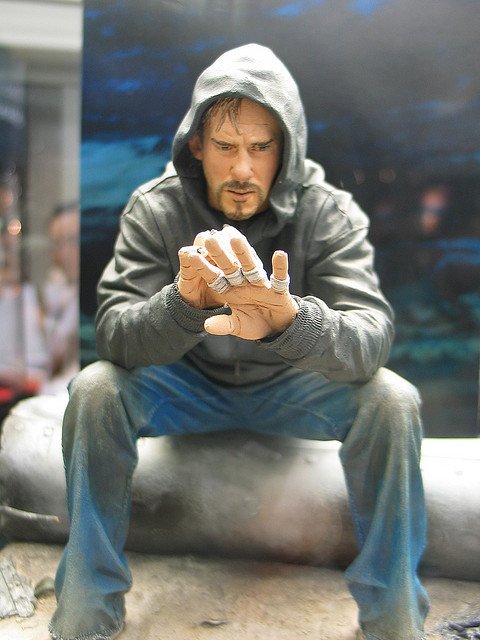 The way that you behave in life will go a long way toward determining your financial success or failure. If you let sin rule your life, don’t be surprised if you find yourself struggling financially, because many personal sins lead us down a path to poverty.

Today, we’re going to dive into the concept in greater detail. Here are five concrete ways that sin in your personal life can cause financial trouble for you.

This principle applies across the addiction spectrum. Drug addiction is an obvious example, as drugs are very expensive, and long-term drug use renders addicts unable to work. But we see the same thing happening with other addictions, including alcoholism, sex addiction, gambling addiction, smoking, etc. When you get into any of these sins, you’re going to end up spending some your money to feed your habit. The deeper in you get, the more money you’re likely to spend.

Certainly, there are “functioning alcoholics” and other people who manage to maintain an addiction while also holding their lives together (at least on the surface). But for every one person like that, there are dozens who have been completely ruined by their addiction. Not everyone who gets involved with these habits will end up broke, but most will. Don’t take the chance yourself.

It’s a sad story that you’ve probably seen played out in the lives of people you know: A bright young person with a promising future decides to rebel against authority — their parents, their teachers, the law, etc. — and ends up making a mess of a life that could have been very fruitful.

The late teenage years are one of the most exciting times in life, but they can also be one of the most dangerous. Young people rebel for all kinds of reasons, but when they do, the results are often the same. They drop out of school, abandon plans for college or otherwise neglect their educations. Sometimes the rebellion involves a boyfriend or girlfriend that their parents don’t approve of, and the rebellious youngsters end up living together. However it goes down, this defiance usually creates young people who are under-educated, angry, stubborn, lascivious or otherwise unproductive. Many times, this rebellion also leads to substance abuse and addiction.

If you rebel against authority as a young person, you’re going to vastly limit your employment options. Many young rebels end up living in poverty until they figure out where they went wrong and correct their mistakes. Sadly, some never do. In the end rebelling against authority is really only cheating yourself.

This one is pretty easy to figure out: The Bible makes it clear that we’re all intended to work and contribute to society. But work is hard, and some people prefer to avoid doing any hard work in life. This kind of laziness almost always causes poverty.

If you have a job but do the minimum amount of work required to get by, you’re probably not going anywhere in your career, and you might eventually get fired. If you don’t have a job, you obviously aren’t making any money, and you’ll eventually end up relying on the government to meet your needs. Either way, you’re on the fast track to poverty.

This one can be somewhat counter-intuitive: We often think of greedy people as rich people who do sleazy things to continue adding to their piles of wealth. And while there are certainly some greedy rich people out there, there are also plenty of people whose greed leads them to poverty.

Theft, gambling and related sins are all really manifestations of greed — trying to gain wealth without deserving it. And even if you don’t do anything illegal, a greedy heart can lead you to take big risks and make bad investments for the sake of growing your wealth. Big risks often blow up in your face, and greedy people often end up financially ruined.

The truth is that there’s no telling whether greed will make you rich or poor. In eternity, though, the greedy always lose.

Pride can be the most subtle of all sins. Pride seems like a “victimless crime,” because harboring pride in your heart doesn’t directly hurt anybody else. But it does hurt you. Pride tells you that you know best, and that you don’t need God’s wisdom in life because you can figure things out for yourself.

Sadly, pride is one of the most pervasive financial sins today, even in the church. The Bible teaches at length about financial principles, and God has a Master Plan for your money that will always lead to financial success. But when we choose to remain ignorant about what God teaches, or when we intentionally go against it because those teachings are difficult, we’re guilty of pride. And pride always comes before a fall.

In our prosperous Western world, pride is the sin that holds people back financially more than any other. Go your own way in life, and your chances of succeeding with money are a crapshoot at best. Follow God’s principles, however, and He promises to bless you.