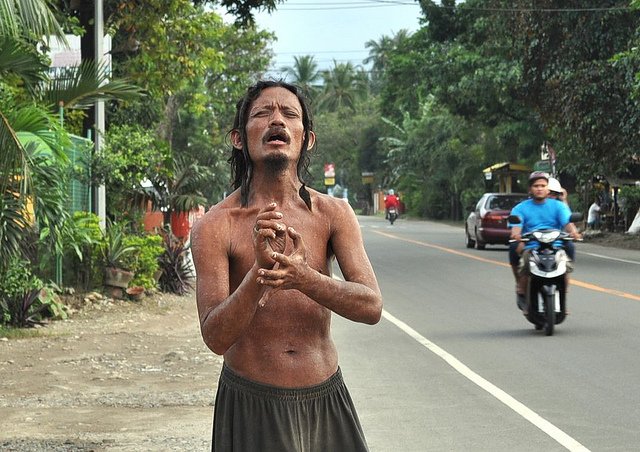 When I wrote a couple of weeks ago that poverty comes from sin, I suspected that some people would object to the idea — and they did. The premise is a controversial one, and it brings up a lot of really valid questions about the relationship between poverty and sin, wealth and morality. Today we’re going to tackle a few of those questions.

But first, let’s quickly revisit the premise of the original article. We started with an idea that comes from Deut. 15:4-6, where God promises that the Israelites will live in prosperity as long as they follow His laws. He says very clear that “there will be no poor people among you… as long as you fully obey the Lord your God.” The principle is that God is a god of abundance and blessing, who always only gives us good things. He never intended for anyone to live in poverty. Instead, poverty comes when we deviate from His plans for us and try to do things our own way. A few people will go their own way and still find a path to become wealthy. But many, many more who go their own way will only find poverty.

Several readers have raised objections to this teaching, either on Facebook or in the comments section of the original article. Let’s take a look at some of those objections and the answers to them.

1) If sin causes poverty, why are so many terrible people also very rich?

There are two parts to this question that probably need to be handled separately. First is the troublesome idea that the wealthiest people in the world are by definition greedy, selfish and manipulative. Certainly there are people who have made a lot of money doing rotten things, but we must be careful not to assume that all wealthy people are also bad people. Many wealthy folks have made their money legitimately by finding creative ways to serve the people around them. To assume that all wealthy people are bad creates a stereotype that contributes to wrong attitudes about money.

But what about those wealthy people who are athiests or or greedy jerks? Don’t they disprove the idea that sin is the root cause of poverty? Well, no. What they prove is that different sins affects different people in different ways. The sin of drug addiction almost always leads people into poverty, while the sin of greed often drives people to accumulate wealth. Each sin comes with its own consequences, and in the end the greedy will certainly be called into account for their actions.

Let’s sum this up using a metaphor from geometry: We know that all squares are rectangles, but not all rectangles are squares. In the same way,  all poverty is caused by sin, but not all sin causes poverty. Make sense?

2) What about people that get rich by making others poor?

Throughout history, this has been one of the great injustices of the world — some people become incredibly wealthy by doing terrible things to other people, and the victims of those acts often become poor as a result. It’s a horrible situation, but it doesn’t disprove the original premise that poverty comes from sin; rather, it confirms it. The sin of the abusers causes poverty for the victims. If that sounds horribly unfair, that’s because it is. But then again, sin is inherently unfair. If it weren’t injustice, then it wouldn’t be sin.

The sad fact is that sometimes the sins of other people cause us problems in life. And it can be grotesque to watch those people profit by abusing us or others. David wrote about this in Psalm 73:12, saying “This is what the wicked are like — always free of care, they go on amassing wealth.” But that’s not how the story ends. The wicked will always reap judgement. Verse 27 sums it up: “Those who are far from you will perish; you destroy all who are unfaithful to you.”

3) What about people that live in the Third World? Is their poverty their fault?

No. Many individuals across the globe were born into poverty, will spend their lives in poverty and will die in poverty. Regardless of whether they live in sin or righteousness, their economic prospects are unlikely to change. But this doesn’t refute the idea that poverty comes from sin. What it does in demonstrate that this principle applies on a societal level as much as it does on an individual level.

Remember that when God made the promises to Israel that we quoted from, he was talking to the nation as a whole. When a nation follows God’s laws, that nation will prosper. When it does not, some people become poor.

Today, the sad fact of the Third World is that many people there live in poverty because of the greed and corruption of their leaders. There is incredible wealth in poor countries, and it is very often concentrated in the hands of political or military leaders who use their power to oppress their people and enrich themselves. In order for a nation to prosper, it must have honest leaders who govern according to God’s principles. When that doesn’t happen, the rulers’ lack of integrity causes poverty for their people. These are the rulers that God condemns in Ezekiel 22:29 — “The people of the land practice extortion and commit robbery; they oppress the poor and needy and mistreat the foreigner, denying them justice.”

4) I’m struggling financially. Does that mean that I am in some kind of sin?

Maybe, but not necessarily. There are some sins that can certainly cause poverty in your life. Addiction, irresponsibility, greed, lust and other sins can certainly cause major financial havoc in your life. But sometimes the sin is something less obvious, like pride or arrogance. You see, the Bible is full of wisdom about how to handle money (teaching us to do things like tithe and give, save for the future and avoid debt). Yet if you decide that you don’t want to do those things — that you can handle your money better on your own — that pride is going to lead you away from God’s promise of wealth. Very often that road ends in poverty.

Maybe that’s not you, though. As we’ve discussed, sometimes it’s the sin of others that causes poverty for us. That totally bites, but it’s one of the hard truths of a fallen world. If this is you, take solace in the fact that we serve a God who is close to the poor, who takes up the cause of the oppressed and who brings their abusers to justice. He  is always near you, and He is always on your side. And in the end, the great reward that you have in Him is worth much more than any temporary treasure of this world.

Have we missed anything else on this discussion? Jump into the comments discussion below and let us know.