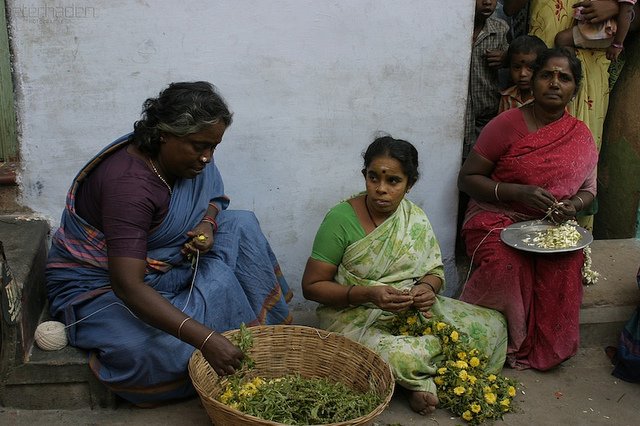 In today’s socially conscious world, microlending can sound like a perfect paradigm: Give $100, help a poor woman in the Third World start a business, and eventually make a little bit of money in interest. In this kind of scenario everybody wins. Right?

Wrong. Though many people get into microlending with noble intentions, those that work closely in the field have found that the microlending industry has become largely misguided. Microlending is poorly regulated and poorly understood, by both borrowers and lenders, and, like all debt, it tends to trap those who use it in cycles of poverty.

If you’ve ever considered getting involved with micro-lending, whether as an investment or a social contribution, you need to know that the idea is flawed, and its execution is doing more harm in the world than good. There are at least five significant problems with microlending that make it a bad idea.

Some of today’s most popular microlending services take the “micro” idea very literally — they ask individuals from the developed world to make small loans (sometimes $100 or less) that will be used to help underprivileged people get ahead in life. Very often they appeal to the idea of a woman in a poor country using the money that you’ve loaned to start a small business, then using the profits from that business to pay off the loan.

The problem is that most people don’t understand what really happens with their money once they lend it. You may assume that the woman in the foreign country is able to build her business on your small $100 loan, but that’s not the case. Microlenders take your money and package it together with money contributed with a bunch of other lenders. Then they make larger loans to people in poor areas, and often charge them high interest rates on those loans. Meanwhile, your interest returns on the loan are very modest, making you think that the borrower is paying a low interest rate. But they’re not — they’re paying high rates, and the intermediary lending institution is pocketing the difference.

If you, a well educated person who lives in a prosperous country, don’t really understand microlending, what makes you think that the poor person on the receiving end of the loan is going to understand what they’re getting into? Truth is, most of them don’t, and it can be financially ruinous.

Financial success comes from financial literacy, from learning wise financial principles and then applying them diligently. There’s a gross lack of financial wisdom in poor countries — that’s a big part of what makes them poor — and so the poor people who take out microloans aren’t well educated about what they’re doing. Chances are that they don’t have a thorough understanding of interest rates they’ll be paying, the risk that debt represents or the opportunity that it will cost them in the long run. Microlending doesn’t help the poor — instead it entices them into bad deals that they’re not prepared to handle.

If microlending truly cost the borrowers in poor countries a very small amount, it might be somewhat more palatable. But the truth is that these loans tend to be very expensive — often in the range of 20% APR or more, according to people who have worked in the industry. That’s higher than the average rate on a credit card in the U.S., and it’s certainly higher than the rates that Western banks charge for small-business loans. Microlending isn’t helpful to the borrowers; it’s just expensive.

These high interest rates make microlending incredibly lucrative to some of the big banks and multinational corporations that have become involved in it. For many people that endorse microlending in the name of social responsibility, the idea that big corporations are the only entities profiting from it can be pretty revolting. If you contribute to a microlending effort, you’re likely providing capital that a bank uses to make its profit. They pay you only a tiny percentage of their profits in interest. That means that they use you to offset the risk of their microloans, but they don’t let you share very much of the profits they reap when a risky investment pays off.

Many microlenders advertise their services as a tool for helping underprivileged people in poor countries build businesses. And while microloans are available to Third World entrepreneurs, that’s not how most of the money ends up getting used. Experts who have worked in the field report that 50 to 90 percent of microloans are taken out for consumer purposes — that is, poor people take loans to buy small luxury items, to get through a hard financial stretch or even to pay off other debts.

In the end, any discussion about debt comes back to this: Borrowing money is never a good idea. Debt is a form of financial slavery, and it certainly isn’t part of God’s plan for your financial life. God didn’t create debt, and He didn’t intend for people to live in debt. So, if debt isn’t a good idea for you, why would it be good for someone else?

The fact is that neither poverty nor good intentions make lending or borrowing money a sound financial strategy. Debt doesn’t help poor people — it actually hurts them more than it hurts anyone else. If you get involved in microlending, you’re participating in a scheme that is taking advantage of the ignorance and desperation of the poor while enriching the corporations that run the lending scheme.

The Alternative: Not Lending but Giving

So, does all this mean that we abandon the hope of helping people in the Third World? Of course not. Turning your back on microlending doesn’t mean turning your back on social responsibility. Rather, it means we need to find a new way to help people. And the best way to do that is to give.

That’s right: The alternative to microlending is generosity. Debt isn’t part of God’s plan, but generosity is. In fact, He instructs us to give to those in need, and repeats that message over and over and over. Giving empowers people in poverty without attaching any shackles around their necks. It expresses God’s love in a needy world. And it’s the most effective way to make a positive difference in people’s lives.

If you’re looking for a good investment, get involved with for-profit companies that do business honorably. If you’re looking to make a difference in the life of a needy person, then find a way to give to one of the many charitable organizations that do excellent work around the globe. In either case, stay away from the warped world of microlending.