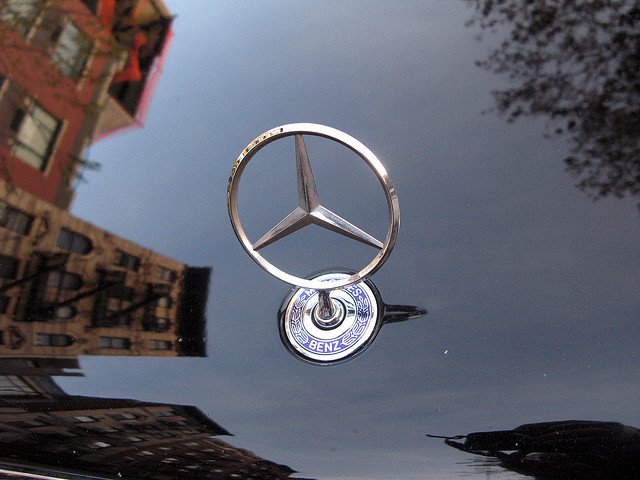 The Jones’ are money slaves. So why are you so concerned about keeping up with them?

One of the most enduring financial habits of our society is the compulsion to live the same way that our neighbors do… or even slightly better. We have a tendency to judge our financial success in terms of how our houses, cars and clothes compare to those of others. The only problem is that, in general, other people make a pretty terrible standard of financial success.

We’ve talked before about the dangers of comparison, and how constantly comparing yourself to others can make you a slave to money. Nobody wins the  comparison game. Today’s lesson is related: If you get into the habit of comparing your financial life to that of others, don’t be surprised if their slavery becomes your own.

Who do you look to?

One of the perplexing things about human psychology is that we tend to assume that the people around us have everything figured out. We learn this when we’re young, looking to the “cool kids” for behavioral cues in social situations. We come to trust our teachers, our bosses, our pastors and political leaders, because they seem to have the right answer for everything. We are shocked and heartbroken when we see one of these people fall from grace, because we really wanted to believe that they had mastered life.

The truth, though, is that nobody really has it all figured out. Essentially, we’re a whole society of people trying to fake it until we make it. Some people fake it better than others. And some people really are experts in certain areas of life. But nobody has it all figured out, and nobody is perfect. The truth is that everyone is as broken and as fallible as you are.

Why is this little window into human psychology important? Because it helps us understand why we desire so much to keep up with the Jones’. Because they work hard to project an image of having it all together, we can easily come to believe that everything they do is a good idea. We look to the Jones’ for a quiet leadership when we don’t know what to do for ourselves. If they live in a certain kind of house, drive a certain type of car, take certain types of vacations or send their kids to certain schools, we think that we need to be doing that too.

The scary truth, though, is that the Jones’ probably have no idea what they’re doing. In fact, because you work as hard to project a positive image as they do, they may very well be looking to you for all of the same ideas.

Chances are, the Jones’ are money slaves. They may be in debt up to their eyeballs, or perhaps they’re consumed with greed. Maybe they spend so much money on a good-looking lifestyle that they have nothing left to give or invest. Perhaps they are wealthy, and have great incomes and make great financial decisions, and are consumed with pride and arrogance because of it. There are all kinds of ways that people can become money slaves. And if you buy into their lifestyles, you also buy into their slavery.

It can be incredibly easy to get caught up in comparison and the slavery that it brings, especially when it comes to people that you’re close to. We often talk about  keeping up with the Jones’, but the truth is that it’s rarely the family across the street that has the most influence on our financial decisions. It’s our childhood friends, the people we went to school with, our siblings, in-laws and parents. The closer you are to someone, the more likely they are to have an influence in the way you live your financial life. Sometimes that influence is a quiet and respectful one. Sometimes it’s not.

When you compare your finances and your lifestyle to someone else’s, you’re only making a very shallow comparison. The only things that you really know about them are what you see from the outside. You probably don’t see the darker details of their financial life, and you certainly don’t see what’s inside their heart. The scary thing, though, is that the heart motivations that drive them will come to drive you too.

Learn from the Wise

There’s nothing wrong with having leaders and role models in life, and nothing wrong with letting people have an influence on the way you handle your money. But you have to ask yourself this important question: Am I taking financial advice from money slaves? Have the people that I look to for leadership demonstrated an understanding of God’s financial principles? Am I comparing myself to these people because I like the way their lifestyles look, or because I trust them to lead me in righteousness?

If you surround yourself with wise people who understand money from God’s perspective, you’ll find that they couldn’t care less how nice your car or house is. They’re not secretly judging you by what you do and don’t have. Instead, they’ll simply be encouraging you to live up to the full potential in your life, and to handle your money in a way that is honoring to God. The best friends and leaders never put you down; they only pull you up.

If you find yourself in a comparison game with money slaves, you need to escape the cycle and find wise and godly people to model your financial life after. Don’t risk getting caught in the same money trap that the Jones’ are in. Instead, learn to apply God’s financial principles to your life, regardless of what the people around you are doing.

If you do that correctly, one day you might find that the Jones’ are following you.