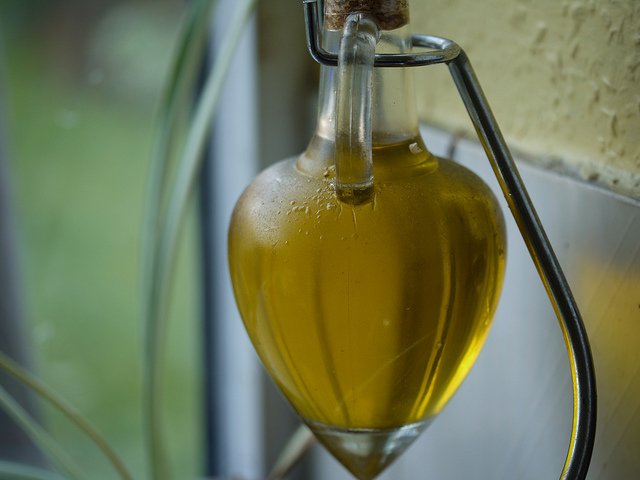 Have you ever considered selling olive oil to get out of debt?

There’s a fascinating story in II Kings 4 that deals with debt, olive oil and God’s miraculous provision for one family. It’s a short story, and its financial implications are easy to miss if you don’t read it carefully. Pay close attention, though, and this story can teach an important lesson about the dangers of debt.

Before we get into the story, though, let’s establish a foundation: Debt is always a bad thing. Borrowing money makes slaves of us, and can force us into precarious financial situations. Living a lifestyle  of debt can create a cycle of overspending that can trap your descendants into poverty for generations. God has no intentions for His people to live in debt (or slavery of any kind), and He is powerful enough to help break those chains and help us escape from financial bondage.

So, let’s get into the text of this story, which is found in II Kings 4:1-7. Pay close attention to the small details of this story, because that’s where we’ll find the most interesting parts of this lesson:

The wife of a man from the company of the prophets cried out to Elisha, “Your servant my husband is dead, and you know that he revered the Lord. But now his creditor is coming to take my two boys as his slaves.”

2 Elisha replied to her, “How can I help you? Tell me, what do you have in your house?”

“Your servant has nothing there at all,” she said, “except a small jar of olive oil.”

3 Elisha said, “Go around and ask all your neighbors for empty jars. Don’t ask for just a few. 4 Then go inside and shut the door behind you and your sons. Pour oil into all the jars, and as each is filled, put it to one side.”

5 She left him and shut the door behind her and her sons. They brought the jars to her and she kept pouring. 6 When all the jars were full, she said to her son, “Bring me another one.”

But he replied, “There is not a jar left.” Then the oil stopped flowing.

7 She went and told the man of God, and he said, “Go, sell the oil and pay your debts. You and your sons can live on what is left.”

When we first read this story, we see an encouraging account of how God miraculously provided for one of His people in need. That’s a perfectly good way to read the story, and I’m sure that there’s a lot to learn from that side of it. But when I read it, I’m fascinated by the financial details. After all, it was the bad financial decisions of the woman’s husband that got her into this mess. The details of this story can teach us some important things about the dangers of debt.

We’d like to think that if we follow God with all of our hearts, we’ll never do anything dumb. Unfortunately, that’s just not true, and this story is a perfect example. The man that got his family into so much trouble was a godly man — a prophet, even — who walked in righteousness with the Lord.

At the beginning of the story, we find out that this man was “from the company of prophets.” In that day, that made him one of the few people that followed the God of Israel instead of the idols that were prevalent in the land. His wife says that “he revered the Lord.” And he even had the supernatural gift of prophecy — he could hear the word of God and speak on His behalf to the people. What the man did not have, unfortunately, was financial savvy. By borrowing money, he created a financial mess that put his family at risk.

This underscores the importance of wisdom in our lives. While it’s certainly important to love God and walk in His presence, that doesn’t always keep us safe from making mistakes. In order to avoid trouble, we need to pursue God’s wisdom by learning His precepts, not just His presence.

This story spells out the link between debt and slavery more clearly than any other in scripture. The desperate woman tells Elisha that her husband’s creditor “is coming to take my two boys as slaves.”

It’s difficult to imagine that today: In our society, debts aren’t transferable from one generation to the next. But in this Old Testament society they were; the prophet’s creditor had the right to take his sons as slaves in order to satisfy the debt that the man left unpaid. I’m not saying that this is a good thing — certainly the way that our society handles debt and death is much more merciful. But it does give a remarkable example of the relationship between debt and slavery.

The lesson here is that debt can put your family into danger. Even though we don’t practice slavery of this kind today, borrowing money still creates bondage, and can make a financial mess in your family that can endure far beyond your own lifetime.

One of the most compelling themes that runs throughout the Bible is God’s desire to set His people free from everything that enslaves them, whether it be the Egyptians in the Old Testament or the sinful heart of man in the New Testament. In this story, we see God demonstrating that desire by moving miraculously on this family’s behalf.

God and Elisha heard the cries of the widow and her sons, and they responded. God came through in this family’s hour of need and provided for them when the were in no place to provide for themselves. He made a way when there was no way. He moved on their behalf to set them free from slavery.

So does this mean that you can run up debt with impunity and then count on God to bail you out miraculously? Of course not. What it means is that God desires to see you free from debt, and that He’s on your side. The same power that delivered this family from debt and slavery now lives inside of you and me.

If you and your family struggle with debt, know that God wants to see you achieve freedom. His power inside of you will give you the strength that you need to begin your journey out of slavery. And if you are faithful in your pursuit, He may just move miraculously on our behalf as well.