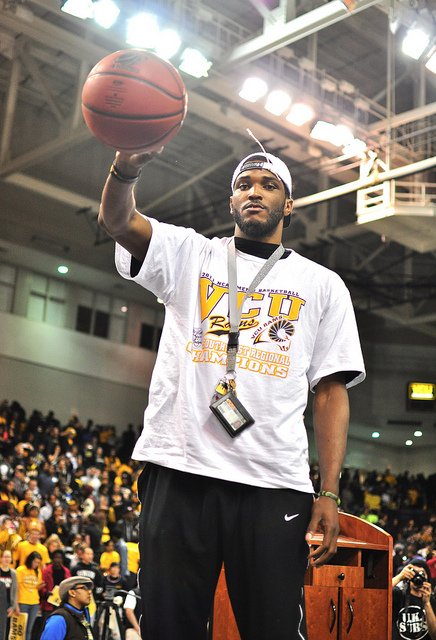 Why do low-ranked teams sometimes topple top-seeded teams in college basketball tournaments? Why are the smartest people in a high school class not always the valedictorians? Why do “C” students often go on to out-achieve their peers in business or politics? Perhaps it’s because in each of these cases, the less-talented player was pressured to work harder, while the “number one seed” was too “good” for his own good.

If you’re a sports fan, you’ve probably witnessed a top-ranked team fall to a team that they should have beat handily. And as you watch the game unfold, you might realize why: The underdog is intensely focused and viciously determined to snatch a win from its rival. Players on the top-ranked team, on the other hand, often have blank looks on their faces and an attitude of complete complacency. They figured that they had the game in the bag before it even started, so they didn’t really show up. They thought that they were so good that they didn’t need to try.

It sounds counter-intuitive, but good can be the enemy of great. We often fail to push ourselves to greatness because we figure that we are “good enough” already. This happens in all kinds of areas of life. And if you’re not careful, it can happen to you in your finances.

In this series on “Money Traps,” we’re examining some of the habits and attitudes that can hold us back from financial success, or even push us into poverty. We’ve talked about some obvious pitfalls such as gambling, smoking and excessive alcohol consumption. But there are other things that can get in your way as well. One of them is the prevailing mindset of the middle class.

So why is the middle class dangerous? Because life in the middle class is pretty good. And it’s the ease and comfort of that good life that can hold you back from achieving great things with your finances.

Think about it: In the United States and the rest of the developed world, those of us in the middle class enjoy an astonishing level of luxury. Sure, we have to work hard, and we can’t always afford the things that we’d like to have. But if you’re in the middle class in America, that makes you much richer than most everyone else in the undeveloped world. If you had the good fortune to attend college, you enjoyed a luxury that 95% of the world did not. And with all of the advances in manufacturing and technology, the finer things in life are widely available and affordable to the American middle class — more so than ever before. In other words, the average person in the developed world has life far, far better than most everyone else has for the entire history of the human race.

There’s nothing wrong with everything we enjoy per se. But the situation turns dangerous when we become a little too comfortable with the status quo. Sure, you have to work a 40-hour week to enjoy your lifestyle. But in the perspective of history, a 40-hour week is a cakewalk. Compared to many other people across time and space, we have very good lives, and have to do relatively little work to maintain that lifestyle. In fact, we have it so good, with so little work, that there can be little motivation to push ourselves harder in order to achieve greatness.

The pursuit of excellence

I’m not saying that we all need to work longer hours and push ourselves harder for the sake of making a few more dollars. (I personally love the 40-hour work week.) What I am saying is that too many of us have turned life into a pursuit of comfort instead of a pursuit of excellence. Though we earn a lot of money, we also spend a lot of money — an increasingly large amount — on buying more comfort for ourselves. And it’s that comfort spending that can hold us back from developing real wealth in the long run.

We’ve touched on a lot of these ideas before: Small purchases, like fast food or gourmet coffee, can add up to large amounts of money. Buying new cars with debt, or leasing cars, costs thousands of dollars of unnecessary expense. And millions of people live in houses that are too big for them, with mortgages that last too long. This costs most homeowners tens or hundreds of thousands of dollars in interest throughout their lifetimes.

Here’s the thing: If you could discipline yourself to see past the short-term comfort of cheap luxury and debt-financed lifestyle, you could put your money to really good use and build substantial wealth for yourself. As we’ve shown before, it’s not hard at all to become a millionaire, even if you have a modest income. Building wealth is not about having a giant income; it’s simply about doing wise things with the income that you do have. It’s not complicated, but it does take discipline and diligence.

Sadly, most people in the middle class will never take the steps necessary to walk from goodness to greatness. After all, this is how everyone else around us lives, so why shouldn’t we live the same way? Debt and lifestyle spending are normal… so I’m not so bad after all. In fact, my life is pretty good… isn’t it?

If you’re willing to walk in wisdom and discipline, you can achieve great things with your finances throughout your lifetime. That can give you resources to enjoy life, give generously and leave a significant inheritance for those that come after you. You can make a enormous impact on the world with your money. To start, though, you have to realize that the “pretty good” life that you’re enjoying now might be holding you back from greatness.