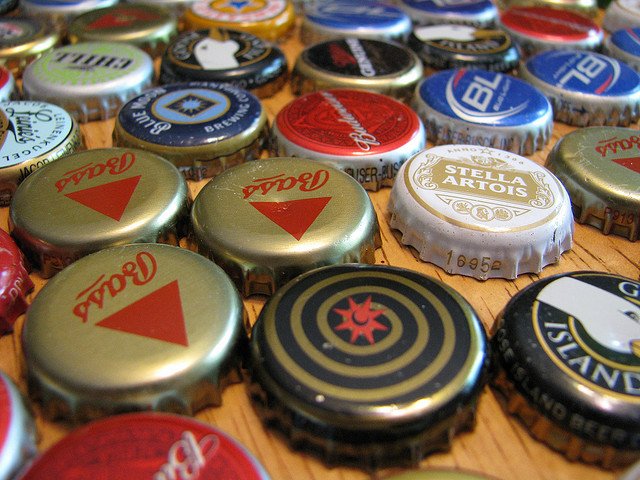 How many dollar bills can you stuff down the neck of a beer bottle?

If you’re a frequent drinker, your habit is likely costing you a lot of money. If you’re a habitual drinker or a binge drinker, alcohol takes a toll on your body and your wallet. Though it is socially acceptable (and often encouraged), consuming alcohol is an incredibly expensive way to socialize. And if you get too deep into the culture of booze, it could ruin you financially.

In this series called “Money Traps,” we’re examining some of the habits and patterns in life that can get people in serious financial trouble. We’ve already dealt with gambling and smoking; today’s topic can be just as dangerous and habit-forming as those others. Alcohol is a money trap, and it can put a severe damper on your financial life if you allow it to.

For starters, though, let’s get one thing straight: This article is not about the morality of drinking. We’re not taking a position on whether people (and especially Christians) should or shouldn’t consume alcohol — that’s a thorny issue with many intense feelings on both sides. This article shouldn’t be viewed as an endorsement or a condemnation of drinking. Rather, it’s just an opportunity to look objectively at the financial cost of the practice.

From a financial point of view, the biggest problem with drinking is the hefty price tag that comes with it. Alcohol, as everyone knows, is much more expensive than water or soft drinks, which means that consuming alcoholic beverages adds a considerable amount of cost to any meal, social occasion or celebration. Drinking makes a night out with friends pricey, adds a hefty markup to restaurant bills and takes a significant bite out of a family’s grocery budget. At every level of consumption, alcohol increases a drinker’s costs by a substantial amount. Meanwhile, the benefits associated with that cost are intangible at best (and incredibly destructive at worst).

Of course, the amount of money that alcohol costs a person is going to vary widely according to what, how much and how often they drink. Looking at some averages should give us a good point of comparison… but alas, there are no good data available about the average costs of alcohol around the United States. Furthermore, because drinking habits vary so widely, it’s nearly impossible to pin down a good spending average.

So, instead of trying to cover a wide range of price possibilities, let’s examine the hypothetical habits of one person: Our old friend Young American. In past examples, Young American hasn’t necessarily been a drinker (we haven’t factored the cost of alcohol into his budget). But this time, let’s say that he is a drinker, and ballpark his weekly habits like this:

None of these totals may seem like a big deal, but when you do the math, they start to add up to a significant amount. In an average week, Young American is spending $65 or more on alcohol — probably more than he’s spending on groceries. Over the course of a year, that adds up to $3,380… no small amount after all.

You may be thinking that Young American is a heavy drinker, and you’re right. But what’s scary is how shockingly normal this is becoming for today’s young people. Pop culture has propped up early adulthood as a time for careless consumption, blasting young people with images of parties that never end, where all the women are beautiful and all the men are incredibly interesting. Sadly, young people may be spending more than anyone on booze culture these days. And because they’re just getting started in life, they proportion of their income being spent on alcohol is higher than the average adult. That $3,380 of annual spending on alcohol may represent 10 percent or more of Young American’s salary — money that, were it invested well instead of spent on alcohol — could add up to millions by the time he retires.

Even scarier is the prospect that for some people, the picture gets much, much worse. Alcoholism is a real and growing problem, and habitual drinkers will spend far more than $3,000 on alcohol in a year. And unfortunately, alcoholism disproportionately affects the poor, which means that the people spending the most on booze are often the ones that can afford it the least.

I hope you see how easily drinking can add up to a big impact on your financial life. Yes, it’s possible to drink sparingly and in moderation, and if you do so you can probably manage it in a way that doesn’t have a hugely adverse impact on your budget. But if you live with a tight budget, as so many of us do, even that small amount that you spend on alcohol can probably be better used somewhere else. And going too far with drinking — even just a little — puts you in danger of spending way too much of your income on alcohol. Furthermore, since drinking is habit-forming, the financial damages of alcohol grow as addiction sets in.

So, even if you have no conscientious objection to drinking, you really have to ask yourself this question: Is it worth it?

How many dollar bills can you fit into that bottle of beer?