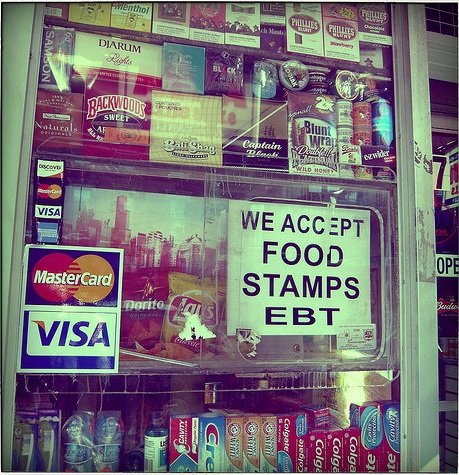 If you’ve worked hard and been successful with your money, are you morally obligated to share your wealth with the poor? And is government the best way to do that?

Yes and no. Yes, we are called by God to be generous givers and to care for the poor (that qualifies as moral obligation in my book). But there is nothing in scripture that mandates that we do that through the auspices of government (i.e. through taxation and redistribution of wealth). And there’s nothing in the founding documents of the United States that mandates that we do that either.

Money is a perennial issue in government, as well it should be — responsibly managing our collective finances is one of the most important duties of a political leader. But today, many of the issues surrounding money and government have to do with using taxpayer money to take care of people’s financial needs. We see this in all sorts of areas, ranging from health care to welfare and the abysmal retirement Ponzi scheme known as Social Security. If we’re going to influence the discussion in positive ways, we need to have a thorough understanding of the philosophical and biblical foundations of wealth and its role in government.

First, let’s get one thing straight: I’m not advocating for anyone to pay less than they owe in taxes. Jesus was very clear in His teachings on this — “Give unto Caesar what is Caesar’s” — and numerous other scriptural passages make it clear that we have an obligation to pay the government what we owe in taxes. That’s not the question here. What is in question is how much the government should be involved in social welfare.

It’s an immutable fact of life that there will always be poor people in the world (because there will always be sin and folly in the world, and these things always cause poverty). Efforts to eradicate poverty are noble and yet  misguided. We can never eliminate poverty, but God does want us to care for the poor. Jesus taught that we show our love for Him in the way that we care for the poor and disenfranchised (Matt. 25:25-40), and said that we love our neighbors by taking care of the suffering (Luke 10:25-37). The early church put a great emphasis on caring for widows and orphans, so much so that they created the office of the deacon to make sure that the work of generosity was always attended to.

Paul also taught extensively on the importance of generosity. We’ve studied his teachings in II Cor. 9:6-11 a couple of different times, and the lessons are clear: God intends for us to give generously to meet the needs of others. In fact, He promises that as we open up our hearts to give, He will fill our hands with resources so that we can give to a greater extent.

The Role of Government

That we have a mandate to be generous in meeting the needs of the downtrodden is clear. What is not, clear, however, is any biblical grounds for saying that taking care of the poor is the responsibility of government. In fact, the New Testament’s most direct teaching on the role of government doesn’t mention social welfare at all. Let’s look at what Romans 13:1-5 has to say about the authority of government:

13 Let everyone be subject to the governing authorities, for there is no authority except that which God has established. The authorities that exist have been established by God. 2 Consequently, whoever rebels against the authority is rebelling against what God has instituted, and those who do so will bring judgment on themselves. 3 For rulers hold no terror for those who do right, but for those who do wrong. Do you want to be free from fear of the one in authority? Then do what is right and you will be commended. 4 For the one in authority is God’s servant for your good. But if you do wrong, be afraid, for rulers do not bear the sword for no reason. They are God’s servants, agents of wrath to bring punishment on the wrongdoer. 5 Therefore, it is necessary to submit to the authorities, not only because of possible punishment but also as a matter of conscience.

According to this passage, the main purposes of government are protection of the citizens and punishment for crime. Paul doesn’t address caring for the poor at all in this passage, and you won’t find evidence anywhere else in scripture that God intends for government to be involved in social welfare. I believe that’s because He intends for His people to do that voluntarily through giving.

You may say to yourself, “What is so bad about the government being involved in caring for the poor? If God wants us to take care of the poor, why not use the government to force everyone to do it?” The answer to your question is in the word “force” — when you force people to hand over money, you are taking away the opportunity for generosity and introducing an element of compulsion.

God makes it clear in scripture that His model for caring for the needy is generosity — that is, individual giving that comes from a heart of love, inspired and motivated by God’s love for us. He also promises that that the more we give, the more we will be blessed to give.

The blessing of generosity is a key part of God’s design here. When we give to other people, God blesses us with more resources to give. And when we give out of our generosity, the people who receive our gifts see the love of Christ in what we have done. They are blessed, touched by His love, and ultimately inspired to accept that love and change their own lives through it. It’s this blessing that makes the system work.

When we go from a system of generosity to a system of compulsion and taxation, however, we lose the critical element of the blessing. There is no generosity in paying the government what you are compelled to pay, and no blessing associated with paying your taxes. And when government takes your money and gives it to people who are needy, it doesn’t bless those people — instead, it creates a sense of entitlement. Instead of seeing the love of Christ through the gift they have received, the beneficiaries of social welfare just come to see the government as their provider, and see the rest of the society as obligated to take care of them. There is no generosity, no blessing, and no changed lives. There is only a cycle of poverty and entitlement.

God never intended for government to take care of the needy — that’s the job of His people. Perhaps one day the church will learn generosity well enough that we can get the government out of the business of caring for the poor.