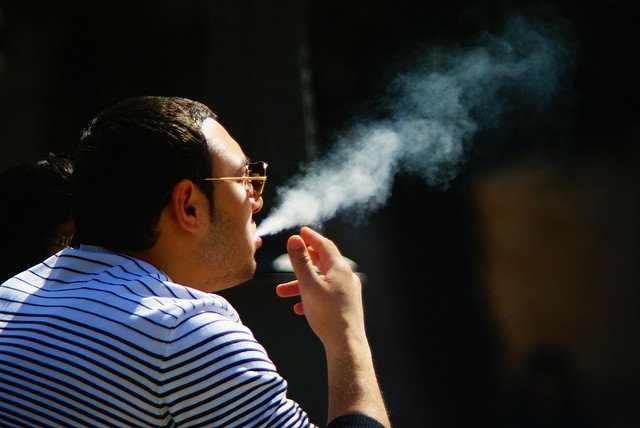 Your wealth is literally going up in smoke.

Despite all of the scientific knowledge and health concerns that we have in the 21st century, cigarette smoking continues to be a big problem in United States, with nearly 20 percent of American adults smoking on a regular basis. In some places, like my native Kentucky, that percentage is much, much higher. And in addition to all of the damage that smokers are doing to their health, they’re doing an equal amount of damage to their finances.

Smoking is more than just an unhealthy and expensive habit — because of its addictive nature, smoking is a guaranteed money trap for those who get hooked. Just as gambling is financially ruinous for the people who believe that lotteries and casinos can change their lives for the better, smoking and other tobacco addictions can dominate your finances and hold you back from succeeding with money.

Let’s examine some numbers to try to get our heads around the problem. The price of cigarettes varies a lot based on the place you live in and the taxes that your local or state government adds to cigarettes. A recent study found that in New York, the most expensive state, cigarettes ran more than $10 per pack. The cheapest state was Missouri, where a pack of smokes costs an average of $4. The nationwide average hovers around $6.

On the surface, this may not sound like much money. Just like a cup of Starbucks coffee can seem like a minor expenditure, anything that only costs a few buck may not register in your mind as making a serious impact on your finances. But that’s an illusion: Small expenses add up to large amounts of money, and an addictive product like cigarettes can quickly leave you spending big sums on a bad habit.

So, how much does smoking really cost? We’ll if you’re a pack-a-day smoker in Missouri, you’re paying around $1,460 annually for cigarettes. If you’re in New York, you could be paying $3,650. Nationally, the average would be about $2,190. And remember, that’s just for a one-pack-a-day habit. If you smoke more than that, your spending is going to be even greater. Two packs per day adds up to more than $7,000 annually in New York.

What’s even more insidious about smoking is that it disproportionately affects the poor. Poor people are much more likely to smoke than member of the middle class or the wealthy classes, and unfortunately they’re the ones that can least afford it. The two-pack-a-day smoker in New York is spending about 25% of what a low-income worker earns there. Nationally, smoking represents an average of of 14% of a smoker’s expenditures — that’s one dollar for every seven that they earn.

Smoking is a money trap because it is very expensive, and because the deeper you get into it, the more it’s going to dominate your financial life. (The same is true, by the way, for pipe tobacco, chewing tobacco and other addictive tobacco products.) And the more likely you are to smoke, the less likely you are to be able to afford it.

It gets even worse when you consider the ancillary costs that smoking adds to your life. If you’re a smoker, you can expect to pay a lot more for health insurance and life insurance. And because you’re much more likely to have both major and minor medical issues because of your smoking, you’re going to spend much more on health care throughout the course of your life. The CDC estimates that smoking-related health care in the United States costs about $96 billion annually, or about $2,191 per smoker per year. That’s almost exactly as much as the average expenditure on cigarettes, which means your total annual expenses for smoking come out to about $4,380.

Think about it this way: If you weren’t smoking, what could you be doing with all of that money? Well, one year without smoking would buy a modest used car with cash. Five years without smoking adds up to almost $22,000, enough to buy a brand-new car with cash. Consider what happens of the course of a lifetime. Forty years of smoking costs you  $175,200. That’s enough to buy a house.

It gets even worse, though. What would happen if you took the cost of smoking and invested that money instead of spending it on cigarettes? Well, assuming you put the money into a mutual fund that averaged a return of 10 percent per year, your investments after a 40-year career of not smoking would be worth a staggering $2,347,124.

Think about that: Smoking could literally be standing between you and being a millionaire. And even if you never invested the money, smoking is costing you hundreds of thousands of dollars over the course of your lifetime.

Smoking is an unquestionable money trap. If you need a good reason to quit, maybe this will be it. And if you don’t currently smoke, this is a $2 million reason not to start.