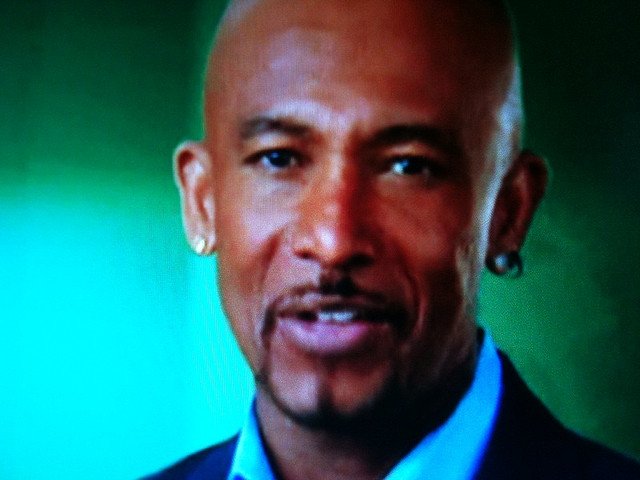 I remember seeing Montel Williams on TV when I was a kid. On occasions when I would stay home from school sick, I would spend much of my time surfing daytime television, and would come across Montel’s talk show. Though I realize now that it was pretty trashy programming, at the time I enjoyed it. Montel seemed smart, honest and trustworthy. I liked him.

Today, I have a much lower opinion of Montel. Why? Because after retiring from talk shows, he’s taken to endorsing a lending website called MoneyMutual.com. And MoneyMutual is a debt rip-off.

At God, Money and Me, we’re firm believers that all debt is bad: Carrying debt is a form of financial slavery, and getting into the habit of borrowing money can severely damage your wealth-generating power over the course of your life. And some debt is worse than others because of shady lending practices and sky-high interest rates. MoneyMutual is on the dark side.

Perhaps you’ve seen Montel on the MoneyMutual commercials — they seem to be all over TV these days, especially during the daytime, when their target market is most likely to be watching. The commercials are slick and friendly, and they make the most of Montel’s charming smile and trustworthy demeanor. They suggest that if difficult times have got you in a bind financially, they can provide  you the money you need to get out of a jam. The problem, though, is that a MoneyMutual loan is likely to cause you more financial trouble than you had to begin with.

Visit the MoneyMutual site, and you discover that the company isn’t a lender. Instead, they’re simply a broker that gathers information from you and then puts you in contact with a network of online payday lenders who loan you money and then collect payments back from you until the loan is paid off.

So, what makes MoneyMutual a rip-off? It’s guilt by association. The payday lenders that they work with are among the scum of the earth. We’ve dealt with payday lenders before in our series on Despicable Debt. These guys prey on people with no money and no financial literacy, and then give them loans at exorbitant interest rates. What’s worse, many payday loans automatically roll over month after month, which can trap unsuspecting borrowers in cycles of debt that they may never escape. The system is actually designed that way so that the lender can milk the borrower for cash indefinitely. It’s a horrible thing, and it should be illegal.

So, behind Montel’s smiling face waits a pack of greedy, conniving wolves. Sure, they offer to help you by lending you money in a tight spot. But accepting their loans is like paying a visit to Hotel California — “you can check out anytime you want, but you can never leave.”

Because MoneyMutual is only a referral service, their website offers no information about the exact interest rates or expenses associated with the loans that they arrange. You don’t actually see the financial details of the loan until you’ve submitted all of your information and been connected with the lender who will be giving you money. But journalists who have tested the system report loans whose annual interest rates approach 400%. That’s shockingly, abusively high. MoneyMutual gets a cut of all of that interest.

Do some internet searches, and you find that many people who have used MoneyMutual were unhappy with their services. Once they got in to business with the company’s lending partners, they started to experience the old tricks of the payday lending industry, such as automatic rollovers, unauthorized electronic account debits and other abusive practices. It’s the same old tune that you would hear at your local check-cashing store — just being played by an online band.

What’s more, users also report that MoneyMutual itself engaged in some shady business practices. Some say that the company sold their contact information to third parties, who then harassed them with calls, emails and texts offering other financial services. Others say that the company’s online system automatically bumps your loan request up to a higher amount of money than you really need, and then aggressively markets new loans to you before your current ones are paid off.

Add it all up, and MoneyMutual is a total rip-off. Their lenders take the temporary financial problems that people have and compound them into permanent issues through usury  exploitation and misdirection.  No matter how desperate you are, you should never use a payday lender or a company like MoneyMutual.

As for Montel… it’s painfully ironic that a guy who built his name up on a reputation for “helping” people on a TV talk show is now peddling a product that is so destructive. Shame on him. It makes you wonder if any of the TV “help” was legitimate help at all.

If Montel ever ends up with a TV show again, I certainly won’t be tuning in. And next time you see him in a MoneyMutual commercial, do yourself a favor and change the channel.