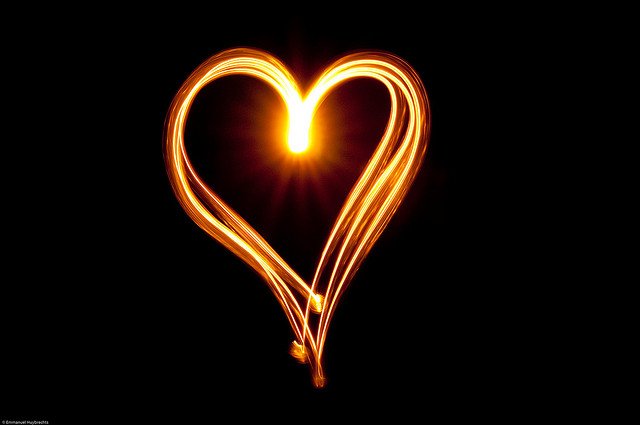 If you think that a generous heart is out of your reach, you’re probably right. Fortunately, that’s what grace is for.

If you’re like me, you may struggle with stinginess. A stingy heart has trouble giving. Stinginess wants to hold tightly on to wealth; it doesn’t like to let go of money, even for a good cause. It’s a deep-rooted attitude that can be impossible to outgrow on your own, one of the many ways that we can become slaves to money.

Of course, God doesn’t intend for us to be money slaves, and he’s made a way to escape the stinginess that can so easily petrify our hearts. Last week, we discussed the idea that giving is the antidote to greed. Today’s idea is similar yet also distinct: Grace is the antidote to stinginess.

Grace is a big idea in the Bible that can be defined in a lot of different ways. We often think of grace as a synonym for “mercy” or “forgiveness,” and there’s truth in that idea. Some people like to describe grace as “the unmerited favor of God,” and that’s part of it too. But there’s a side of grace that is very powerful, too: Grace is the process by which God changes us from the broken vessels we are to the strong and beautiful treasures that He wants us to be. God’s grace enables us to do and be things that we are not able to achieve on our own.

It’s this aspect of grace that can turn around a stingy heart. Grace enables us to give more than we want to, or even more than we think we’re able to. There’s a great example of this in II Corinthians 8:1-7. Let’s take a look:

And now, brothers and sisters, we want you to know about the grace that God has given the Macedonian churches. 2 In the midst of a very severe trial, their overflowing joy and their extreme poverty welled up in rich generosity. 3 For I testify that they gave as much as they were able, and even beyond their ability. Entirely on their own, 4 they urgently pleaded with us for the privilege of sharing in this service to the Lord’s people. 5 And they exceeded our expectations: They gave themselves first of all to the Lord, and then by the will of God also to us. 6 So we urged Titus, just as he had earlier made a beginning, to bring also to completion this act of grace on your part. 7 But since you excel in everything—in faith, in speech, in knowledge, in complete earnestness and in the love we have kindled in you[a]—see that you also excel in this grace of giving.

In this passage, Paul is commending the Macedonian churches for their generosity in giving to meet the needs of believers in other parts of the world. And he makes it clear that this generosity was the result of the grace of God in their lives. In the first verse, he describes it as “the grace that God has given the Macedonian churches.” At the end of verse 7, he refers to the “grace of giving.”

Why was grace involved in the Macedonian’s gift? After all, it doesn’t seem like a very big deal to take up an offering for something — we do that in our churches today all the time. But when we study this passage, we see that it was grace that enabled the Macedonians to give at all. According to verse 2, these people lived in “extreme poverty,” and verse 3 says that they gave “even beyond their ability.” So how are poor people able to give money that they seemingly don’t have? By grace.

Grace is the power of God in our lives that enables us to do things that we cannot do on our own. Grace raises us up out of the limitations of our natural world and allows us to operate in the heavenly realm. Things that are impossible for man become possible with God, and grace is the gift that transitions us out of the bondage of earth and into the blessings of heaven.

So, how did the Macedonians arrive at such a place, where the grace of God enabled them to give beyond their earthly means? I think the key is found in verse 5: “They gave themselves first of all to the Lord, and then by the will of God also to us.” The Macedonians had surrendered their lives and wills to God. Through that surrender, He worked in them to do more than they could  do on their own.

If you have a stingy heart, you may feel like you’re unable to give as well. But the grace of God brings power to set your heart free and to do what you cannot do on your own. Grace is the antidote to stinginess. It will change you from a cold and selfish soul to a compassionate and generous giver, because that’s what God created you to be. God makes that grace available to all of us; to receive it, though, requires a true surrender of our hearts to Him.

The idea of surrender isn’t easy, but it’s completely necessary. To truly follow Christ will cost a man all that he has. The good news is that the grace that He gives us is worth so much more than the selfishness that we leave at at the foot of the cross. Surrender your stingy heart to God, and he’ll replace it with something worth more than all of the treasure in the world.