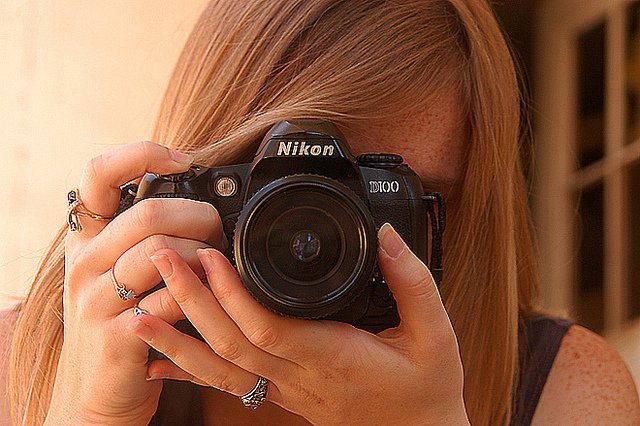 Whenever you hear someone advertising “low monthly payments,” you can bet that the offer is a rip-off.

There’s a new series of TV commercials making the rounds for a website called Fingerhut.com that offers the opportunity to buy thousands of consumer goods with “low monthly payments.” The commercials are creatively produced — featuring characters such as “Maria” and “Maria’s Budget” — but they spread a foolhardy and deceptive message. Fingerhut encourages people to blow their budgets and borrow money to buy overpriced consumer goods that they can’t afford. In other words: Fingerhut is a rip-off.

If you’ve followed this site for any length of time, you probably know where we stand on debt: Debt is financial slavery, and it’s never a good idea to use borrowed money to buy consumer goods (or even big things like cars and college educations). Unfortunately, too many families in our society are saddled with credit card balances and other costly consumer debt that limits their ability to build wealth or give generously. In recent weeks, we’ve been shedding light on the practice of Despicable Debt, predatory lending designed to trap poor-people in never-ending cycles of debt. Fingerhut doesn’t go quite that far, but it’s dangerously close.

So how does Fingerhut do it? If you’ve seen their commercials, then you’ll recognize the pitch. A regular consumer sits on camera next to their “budget” (a large, intimidating actor), describing how  their budget used to control them. But then they found Fingerhut.com, a great site where they could buy thousands of great consumer goods, all with “low monthly payments.” They then go on to describe some of the exciting items they got — a laptop, new kitchen equipment, designer clothes, etc. The message is clear: Don’t let your budget be your boss. Shop with Fingerhut.com to get credit to buy all of the discretionary consumer goods that you deserve.

That’s the pitch; now let’s talk about the reality. Fingerhut is encouraging American consumers to toss responsibility out the window and buy goods that they can’t afford with money they don’t have. The company gives buyers credit online so that they can borrow money for these purchases. But the deal is exploitative: The prices are much higher than those of other retails, and interest rates on the loans are much higher than normal credit card rates would be.

Fingerhut.com does stock thousands of consumer goods (an extension of the mail catalog business that the company ran for years). But they sell them at much higher prices than other online retailers. Here’s a solid example: Fingerhut sells this Canon digitial camera for $669.99. Meanwhile, the same camera is available at Bestbuy.com for $449.99 — a staggering 33% below Fingerhut’s price.

The situation gets worse when you look at the terms of the loans. While interest rates vary based on a borrower’s credit rating, it’s not uncommon for a Fingerhut customer to pay interest rates of 18% or more on those “low monthly payments” — far more than if they had put those same purchases on a credit card. That means that the already-overpriced items become shockingly more expensive once you factor in interest on the loans. All of the sudden, that camera that costs $450 at Best Buy costs far over $700 at Fingerhut.com. In other words: Fingerhut is a total rip-off.

It’s easy to see what a bad deal Fingerhut is financially. But what really upsets me is the way that they’re going about marketing their business. This company’s ads are making a mockery of financial responsibility. Their commercials portray personal budgets as villains; in truth, a good budget is probably the best financial friend that you could ever have. And they encourage people that don’t have the means to buy goods with cash to take out loans instead. They participate in perpetuating the lie that people “deserve” to have nice stuff. But that is total fraud: The only things that you deserve to have are the things that you can use cash to pay for.

Unfortunately, the people that end up using Fingerhut are folks that have little financial literacy and few other options. If you have money, there’s no need to use credit to buy consumer goods (even for Christmas). And even if you qualify for a credit card (which we’re not recommending), you won’t need to borrow directly from a site like Fingerhut. So the people who end up using this site are folks who are already deeply in debt, with all of their credit cards maxed out. They’re in a financial bind, but they haven’t figured out that the only way out is to stop spending. Instead, they just find new ways to borrow.

Fingerhut.com is a total rip-off, and one that you should unquestionably stay away from. Their message is part of a great lie that has created a culture of debt, overspending and conspicuous consumption. And their product is aimed at people who have credit problems and spending problems.

Remember, the only good way to buy stuff is to pay for it outright. Fingerhut and sites like it are peddling a lie — one that will do you nothing but harm in the long run.