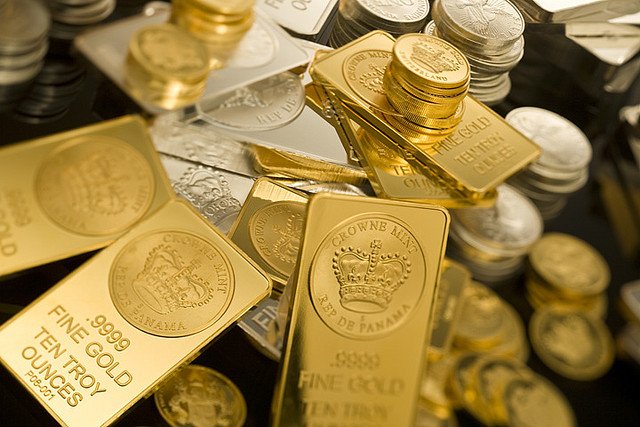 It’s a classic case of “monkey see, monkey do” — if the people all around you are excited about jumping into or out of a certain investment, you’re going to be tempted to do the same thing. Wisdom, however, will tell you to avoid the bandwagon effect.

Investment is one of the best ways to grow wealth for the future, and as wise investors, we certainly do need to be aware of what’s going on in the market around us. But we also need to remember the fundamentals of investing, and what makes a security a good or bad place to put our money. All too often, investor excitement and market swings are based on hype, fear and speculation, none of which is fundamental to successful investing.

In this series on Wise Investing, we’re covering some important dos and don’ts of how to handle your money in the market. We’ve talked about investing where you see a long track record of success, avoiding the impulse to pull out when the market dives, and diversifying your portfolio. Today’s lesson is just as important: In order to avoid getting crushed by the wild swings of hype and fear, stay away from  speculation.

Before we go into detail about speculation, let’s review the fundamentals of good investing. We invest money in companies (or industries) that are strong, that provide a good service or product to their customers, and that show signs of continued growth into the  future. If those companies or industries do continue to grow, the value of those stocks or mutual funds is going to continue to rise, and your investments are going to make money. If those companies show signs of slowing down, you can adjust your portfolio to minimize the impact of this downturn on your overall investment strategy.

There are several factors that make this traditional approach to investment fundamentally sound. The most key principle is that the decisions we make under this strategy are based on real performance data from the companies we’re investing in. Publicly traded companies are required by the government to publish detailed quarterly reports outlining all of their gains and losses, as well as revenue projections for the coming season. Based on those numbers, you and your investment advisers can make informed decisions about what securities or funds to invest in. Traditional investing is based on a solid foundation of cold, hard facts.

Speculation, on the other hand, is a great departure from this traditional approach to investing. To give a simple definition, speculation occurs whenever you invest in a security or a commodity based on where you think the price of the security or commodity is going to go, instead of the fundamentals of the company or industry behind the stock. If you invest in Apple because you think that the upcoming iPhone is going to revolutionize the communications industry and make the company a ton of profit, that’s a solid investing call. If you invest in gold because everyone else around you is doing it, that’s speculation.

The thing that makes speculation dangerous is that it’s not based on fundamental, measurable performance metrics of a company or industry. Instead, speculation happens based on hype and fear. If everyone around you is buzzing about a certain investment, you can be tempted to run out and put your money in that security too, afraid of missing out on a big profit opportunity. On the other hand, if people are getting scared and abandoning an investment left and right, you’re going to be tempted to abandon it too, regardless of whether you really should.

Of course, when we stop and think about it, we realize that hype and fear are terrible ways to make important financial decisions… or any important decision for that matter. Raw emotions have their place in some areas of life, but they have no place in financial strategy. Our decisions should be based on reasoning, wisdom and strategy.

As a whole, investors are notoriously skittish, and also notoriously fickle. Something may be hated today and yet loved tomorrow. If we try to make investment decisions based on what other people are excited about — or what they’re scared of — we’re going to constantly be playing an expensive game of follow the leader. And we’re going to lose money.

What does speculation look like in the practical world? Much of today’s speculation happens around the commodities market — direct investments in things like gold, silver or oil. While there is certainly value in each of these things, the prices you pay to invest in them as commodities can swing wildly. And those swings aren’t based on economic fundamentals (the demand for silver in the world doesn’t change all that much from month to month, for example). Rather, they’re based on fear, hype and speculation. Precious metals, for example, are priced higher right now than they ever have been. But the fundamentals of that market haven’t changed much, which means that those high prices are based on hype, fear and other emotions. Eventually, when those emotions pass, the high prices are going to come down. If you’ve invested in precious metals, then when those prices inevitably fall, you could lose a lot of money.

In the end, speculation amounts to little more than gambling. If you’re not evaluating your investments based on the financial facts of the company or industry that you’re investing in, you’re just taking a roll of the dice, hoping that the hype is right and that you make money. But talk is cheap, fear is deceptive and hype is worthless.

Speculating with your money is a great way to lose it all (a lesson that history teaches us well). If you want to invest wisely, stick to a strategy based on financial facts and fundamental wisdom.