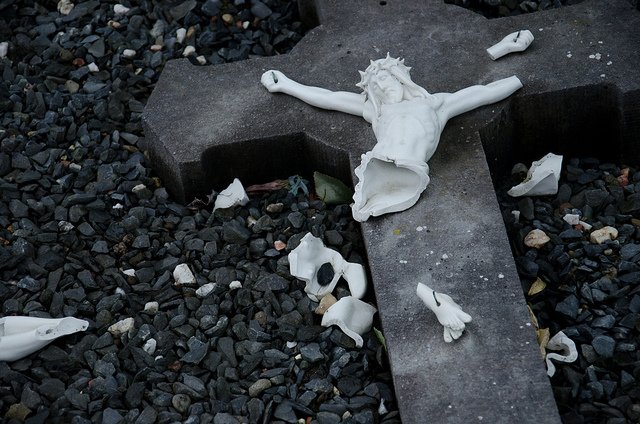 How much is is your faith worth to you? Can you put a dollar amount on it? Is there a price high enough that you would be willing to give up your relationship with God for?

If you’re like most Christians, you’re saying to yourself, “No way — I would never sell out like that.” And indeed, most of us would never consciously decide to abandon our faith for cash. But money is tricky, and the love of money is insidious. If you get wrapped up in the pursuit of wealth, it can steal your faith right out from under your nose, without you ever knowing it.

Jesus told us that we can’t serve both God and money, and we’ve spent a lot of cyberspace on this site talking about the ways that money can make slaves of us. Some of them are obvious. like greed, selfishness, envy and poverty. Others are more subtle, like false identity and  sinful motivations. But perhaps the most dangerous of all is the fact that loving money can rob you of your relationship with God.

We find this principle outlined in I Timothy 6:3-10. Let’s take a look at the text:

3 If anyone teaches otherwise and does not agree to the sound instruction of our Lord Jesus Christ and to godly teaching, 4 they are conceited and understand nothing. They have an unhealthy interest in controversies and quarrels about words that result in envy, strife, malicious talk, evil suspicions 5 and constant friction between people of corrupt mind, who have been robbed of the truth and who think that godliness is a means to financial gain.

6 But godliness with contentment is great gain. 7 For we brought nothing into the world, and we can take nothing out of it. 8 But if we have food and clothing, we will be content with that. 9 Those who want to get rich fall into temptation and a trap and into many foolish and harmful desires that plunge people into ruin and destruction. 10 For the love of money is a root of all kinds of evil. Some people, eager for money, have wandered from the faith and pierced themselves with many griefs.

You may be familiar with parts of this passage, especially the often-misquoted part about the love of money being a root of all kinds of evil. But I want to look at the bigger context of what is happening here. Paul is addressing the trouble of false teachers spreading heresy throughout the churches, something that was a problem in his time just as it is in ours. He is warning his protege Timothy to steer clear of anyone who comes through saying things that run contrary to the word of Christ and his apostles. He points out some of the fruit that comes along with these false teachings: arrogance, controversy, quarrels, envy, strife, suspicion and corruption.

Paul pinpoints the problem at the root of all of this: These so-called teachers don’t really have the knowledge of God to share with the churches  — they’re just in it for the money. “They have been robbed of truth” and “think that godliness is a means to financial gain.”

We’ve confronted this problem before: The Gospel is about a lot more than money, and the only wealth that matters in eternity is the riches that we have in Christ. But unfortunately, there are a lot of people in our world today that use the church as a means for making money. While the church should financially support those that do the work of the Kingdom of God, making money should never be the purpose of a life in ministry.

Paul goes on to caution us more broadly about what the love of wealth can do to us. Check out verse 9: “ Those who want to get rich fall into temptation and a trap and into many foolish and harmful desires that plunge people into ruin and destruction.” Later, at the tail end of verse 10, he warns of the destination that this road ultimately leads to: “Some people, eager for money, have wandered from the faith and pierced themselves with many griefs.”

As Christians, the ultimate desire of our hearts should be for God. But when we begin to love money, we let wealth take that place in our hearts that God rightfully deserves. The devil, eager to lead us astray, takes advantage of this to draw us into temptation. If we get involved in his games and schemes, it brings us to ruin and destruction. Ultimately, chasing after wealth can lead you away from your faith altogether.

The real danger here is that this is often a slow process. Nobody wakes up in the morning and says to themselves, “I think I’m going to abandon my faith today and pursue money instead.” No, it’s a slow evolution that happens bit by bit, day after day. It happens so slowly that you almost don’t notice it. Gradually, you begin to spend more time thinking about money than you do meditating on the word of God. Your prayer life suffers because your work demands more and more of your time. Eventually, as your relationship with God grows weaker, you lose your moral compass. Your life is no longer built on the foundation of the God’s word; instead, money is what you count on. Money becomes your standard — you no longer judge things according to a moral standard of right and wrong. Rather, you judge everything in life according to how it will affect you financially. If something makes you money, then it must be good.

This is a dangerous road to walk, and I hope that you never make it very far down that way. The best way to avoid losing your faith to money is to keep your life centered on what matters most — not wealth, but godliness. After all, we can’t take our money with us, but our relationship with God will carry us into eternity.

As Paul wrote, “godliness with contentment is great gain.”