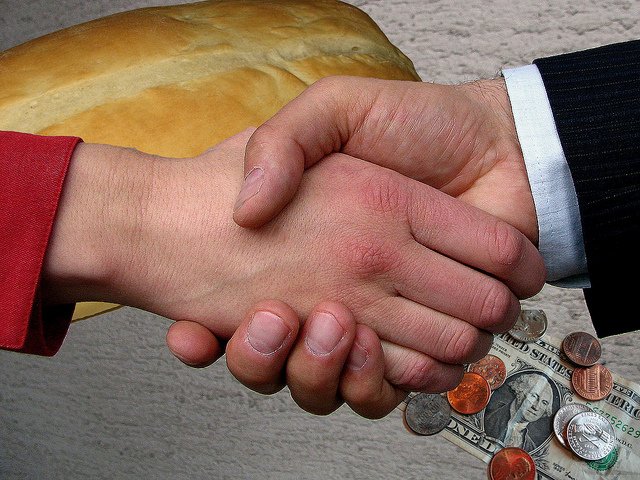 Social Security is doomed, and it’s not just because its finances are in terrible shape. This government program was marked for failure from the beginning, not because it’s been administered wrongly, but because the philosophy behind it is fundamentally flawed.

Since the early 1900s, Americans have been paying a sizable portion of their income to the government in the form of Social Security tax, with the understanding that that money would then be used to provide some income for them in retirement. And plenty of people have drawn Social Security checks in retirement, but the system is in jeopardy. There are too many people retiring and not enough people paying in to keep it afloat.

We’ve already discussed several aspects of Social Security. Because the program is so underfunded, there’s a real risk that it won’t be around to provide you any retirement income at all, so you shouldn’t count on having income from Social Security. And when you look at the math, you realize that Social Security is a government-run Ponzi scheme that is robbing you of the potential to earn real wealth through investing. But we haven’t dealt with the real root of the problem yet: Social Security is doomed to fail because socialism creates no wealth.

We’ll come back to that statement in a minute; first, though, let’s look at the basics of money and wealth. Many people have the misconception that there’s a fixed amount of money in the world that is just shuffled around from person to person, but that’s not true. You can create new wealth that never existed before — all you have to do is find a way to serve someone. You see, money is really just a marker that we use to help us keep track of who is serving whom, and how different people are contributing to society. Every time you make a significant contribution to someone’s life — say, by building a house for them — they give you money in exchange. The more houses you build, the more money you get. We grow wealth by serving people, and the more our society works on people serving people, the more wealth we all create and the more prosperous our society is.

Businesses work in this same way: A business can only succeed if it’s serving the needs of people, i.e. its customers. The more people it serves, the more successful that business becomes, and the more money it makes. When someone starts a new businesses, they’re providing a new service to society that hasn’t existed before. That benefits everyone, not just the business owner. And that company is creating new wealth, because it’s performing new services.

If you understand this, then you understand why investing is such a good thing: When you invest money into a business, you’re enabling entrepreneurs to create new ways to serve people. When they succeed at serving, they create new wealth, their companies grow, and you become more wealthy because you earn returns on your investment. Society benefits because people are being served; you benefit because you are becoming more wealthy. Everybody wins. And over a lifetime of wise investing, you can create a sizable amount of wealth that will take care of you in retirement and pass on to the next generation as a great inheritance.

Now, let’s get back to Social Security and our thesis statement for this article: Social Security is doomed because it creates no wealth. You see, the system of service and wealth creating that we just described is what we all know as “capitalism.” But Social Security isn’t based on capitalism, it’s based on an alternate economic theory called “socialism.” Socialism doesn’t use the principles of service and wealth creation. Instead, it uses redistribution — taking money from some people and giving it to others.

Social Security is a socialist program. It says that there are a bunch of working people out there that are making money, and some retired people out there that need money. So it takes money from all of us who are working, and gives it to those retired people. In order to get away with this, the government promises that one day it will give us money when we’re retired. But the only way that it will be able to do that is to take money from our children to give to us.

Socialist ideas are often based in kind-hearted emotions — we all want to take care of the needy. But socialism is fundamentally flawed because it creates no wealth. Socialism doesn’t create a single dollar. It only redistributes money. There are no new services rendered  and no new wealth created. In socialism, some people win (the ones that receive redistributed money) and some people lose (the ones who gave the money). But society as a whole makes no progress. There are no new services created, and no new wealth.

And so we arrive at the real problem of Social Security: It creates no wealth. When you invest privately for retirement, you’re funding companies that are providing new services to society. Society benefits, and you grow wealth. A rising tide lifts all ships. But when the government plans your retirement, it doesn’t invest that money. No services are created, nobody benefits, and no wealth is created. The government simply redistributes that money from you to someone else, with the promise that one day it will begin redistribute someone else’s money to you.

There’s a lot of talk these days about “fixing” Social Security. Perhaps one day Washington will find a way to fund the program for the future, but does that really fix anything? As long as Social Security only redistributes wealth, it isn’t really doing any net good for society. And that’s why Social Security is doomed to fail, even if it lives on.

The only way to really fix Social Security is to find a way for the program to help create wealth. And that means transitioning it from a socialist paradigm to a capitalist paradigm. In other words, the only hope for making Social Security a good thing for America is to privatize it, and let the wonders of capitalism drive create new wealth to care for people in retirement.

The more we find new ways to serve each other, the more prosperous we can all become.