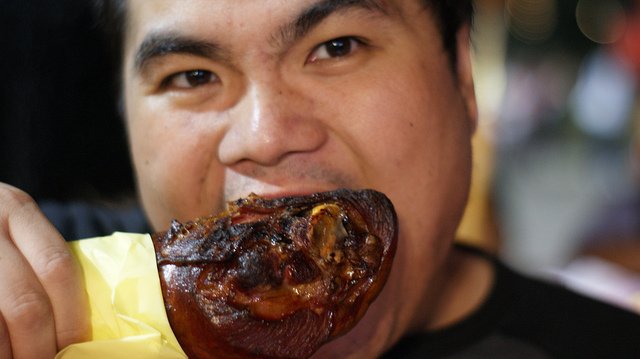 What happens when you’re so stingy that you refuse to show kindness to someone who has been kind to you? If you’re like Nabal, it could cost you your life and your wife.

You may not remember Nabal from the Old Testament — few people do — but he’s a perfect biblical example of a money slave. If you take some time to familiarize yourself with his story, you can learn some lessons from his mistake.

Money, wealth and material possessions are tricky — if we’re not careful, things like greed, debt, envy and discontentment can make slaves of us. In this series, we’ve seen how some of those character traits have played out in the lives of biblical figures. Today, we’re going to see how greed ruined the life of Nabal.

Nabal’s story is a long and complex one, and we don’t have the time or space to dive into the details (for a fuller picture, check out I Samuel 25). But here’s some background to bring you up to speed: One man, David, is on the run from a jealous King Saul, and has a band of several hundred men with him. Another man, Nabal, is a wealthy but stingy Israelite, and he has a beautiful and noble wife named Abigail. David has shown kindness to some of Nabal’s servants in the past, and now he’s in need of a return favor.

David sends some of his men to ask Nabal for help. We’ll pick up the story in I Samuel 25:7, starting with David’s request:

7 “‘Now I hear that it is sheep-shearing time. When your shepherds were with us, we did not mistreat them, and the whole time they were at Carmel nothing of theirs was missing. 8 Ask your own servants and they will tell you. Therefore be favorable toward my men, since we come at a festive time. Please give your servants and your son David whatever you can find for them.’”

9 When David’s men arrived, they gave Nabal this message in David’s name. Then they waited.

10 Nabal answered David’s servants, “Who is this David? Who is this son of Jesse? Many servants are breaking away from their masters these days. 11 Why should I take my bread and water, and the meat I have slaughtered for my shearers, and give it to men coming from who knows where?”

Nabal responded by playing dumb — “I don’t know you or what you’re doing,” he seems to say. “Why should I give you any of my food or supplies.”

David is enraged by this slight, and starts rousing a mob to kill Nabal and all of his men. Fortunately for everyone, though, Abigail sees the error of her husband’s ways and intervenes, bringing David a load of provisions to feed him and his entourage. Because of this kindness, David relents on his rampage.

Later, Abigail tells Nabal what happened, and it doesn’t go over well. We continue the story in verse 36:

36 When Abigail went to Nabal, he was in the house holding a banquet like that of a king. He was in high spirits and very drunk. So she told him nothing at all until daybreak. 37 Then in the morning, when Nabal was sober, his wife told him all these things, and his heart failed him and he became like a stone. 38 About ten days later, the Lord struck Nabal and he died.

There’s a whole lot of meat in this story, and I don’t want to try to focus on too many things at once. So let’s talk about where Nabal went wrong. It may seem like a reasonable thing for a private citizen to refuse to feed a rogue army. But Nabal was breaking a few key principles of scripture and of Jewish custom.

First of all, it’s important to recognize that Nabal had money: Remember, the text says that when Abigail found him, Nabal was “holding a banquet like that of a king.” He had plenty of resources, and he loved spending them to have a good time.

With all that wealth, though, Nabal found himself unable to do right to David. David’s men had shown kindness to Nabal’s men in their time of need, and yet Nabal refused to return the favor. Though David had done good to him, Nabal repaid him with evil. And beyond that, the text tells us that it was a time of feasting — in Jewish tradition, the fests were a time for the wealthy in society to share their abundance with those in need. David’s request, then, was not at all unreasonable. But Nabal violated the spirit behind the tradition by refusing to share his bounty.

The heart of the matter is that Nabal was a money slave. In his case, we can pinpoint the problem of stinginess. Though Nabal had plenty of resources, he refused to share them with anyone, even though that was his duty. He was callous, uncaring, selfish and self-interested. He lost an opportunity to curry favor with the man who would soon become king of Israel, and in the end he lost more than that.

Nabal’s heart was so warped that when Abigail told him what had happened, he couldn’t handle it at all. The scripture says that “his heart failed him and he became like a stone.” Today, we might say he flipped out, he went catatonic, he had a breakdown, he had a heart attack, he slipped into a coma. Whatever the medical explanation, Nabal lost his faculties, and died ten days later. He was so attached to his possessions that when Abigail took some of them away, his very life went with them.

The epilogue to this story is that David and Abigail went on to get married. So Nabal not only lost his life, but he also lost his wife to the very man that he refused to help!

This story is an extreme case, of course, but it teaches us an important lesson about stinginess. God blesses us so that we can be a blessing to others; in fact, He requires that we share our abundance with others. When we let money come to control us, it turns us into slaves and robs us of the opportunity to give.

Next time you have an opportunity to show hospitality or generosity to someone, ask yourself this: Would you rather be a Nabal or an Abigail?