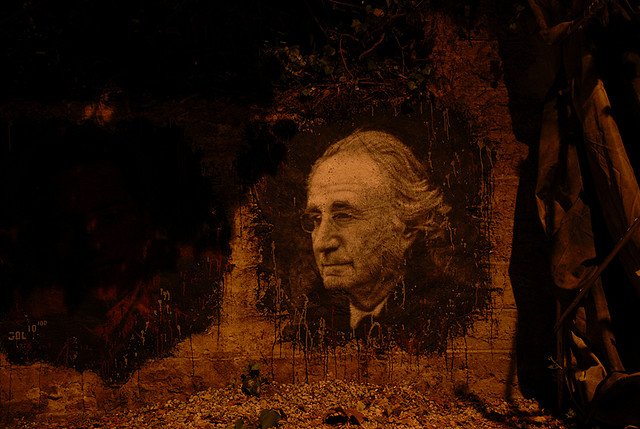 If you’re an American worker, you’ve been the victim of a massive financial fraud. But you have no recourse, because this scheme is perfectly legal. It’s called Social Security, and it’s ripping you off.

We try to avoid being overtly political here at God, Money & Me, but this fraud is simply too egregious to ignore. In our last post in this series on retirement basics, we talked about how the government’s Social Security program is in danger, and is an unreliable means of income for retirement. Today, we’re going to examine how much potential wealth you’re losing by paying into Social Security.

Once you see the numbers, you’ll be as outraged as I am.

A couple of years back, the nation was up in arms with Bernie Madoff, a wealthy investment manager who duped thousands of people and lost billions of dollars of their money in a Ponzi scheme. It was a complicated scam, but the basics of any Ponzi scheme are the same: Madoff convinced people to invest money with him, promising them big returns on their capital. But he didn’t actually invest their money — he kept it, then recruited new investors. He gave some of the money from the new investors back to the old investors, claiming to have scored big gains. Then he had to go find even more investors, so that he would have more money to falsely claim as gains. This turned into a vicious cycle where nobody got rich except the perpetrator. In the end, anyone who invested loses every dollar that they put in. In Madoff’s case, that included a lot of private citizens and charitable organizations.

The public excoriated Madoff, and rightly so. But what many people don’t realize is that our government is conducting a virtually identical scheme in the form of Social Security. But it’s not fraud if the government does it… right?

Why is Social Security a Ponzi scheme? Because it uses money that it takes from today’s workers to pay today’s retirees, who paid into the system when they were working. If the government doesn’t make enough money from taxes on today’s workers to pay its obligations to yesterday’s workers, the whole thing falls apart. And we’re quickly headed in that direction.

As an American worker, you have virtually no choice in the matter — 6.2% of each paycheck is held back by your employer to pay toward Social Security. In addition to the amount withheld from your check, your employer pays an additional 6.2% to the government, so that you’re essentially splitting the bill with your boss. The assumption is that you pay into the system throughout your whole working life, and then the system will be there to provide money for you in retirement. But if (or rather when) Social Security fails, millions of American taxpayers will be left without the retirement income they were promised. A lifetime of tax payments will have been in vain.


Let’s say for the sake of argument that the government finds a way to fix Social Security and pay retirees in perpetuity. It may sound good and comforting to think that the government is going to take care of you in retirement. But the truth is that this is no good deal at all. The amount of the payments isn’t enough for a comfortable retirement lifestyle, and it pales in comparison to the kind of income you would have if you had been free to invest your Social Security retirement money on your own.

How bad is it? Let’s look at the numbers. Let’s say you earn $40,000 per year, throughout a 40-year career. At the current Social Security tax rate, you’ll be paying $2,480 into the program. Over the course of your career, you will have paid $99,200 into Social Security.

When you retire 40 years from now, the government will start making monthly Social Security payments to you. Those payments will be about $6,250. That sounds like a lot, but those numbers include a lot of inflation. In today’s dollars, that would be about $1,400 per month. You’ll get those payments as long as you live. Once you die, they go away.


Now, let’s say that instead of paying Social Security, you were able to invest that same amount of money in the free market. Assuming that you invested in a mutual fund that earned an annual average return of 10% over the course of 40 years (a reasonable number), how much money would you have in your account when you retire? $1,317,867.

Let that sink in for a minute. If you could invest your Social Security tax privately, you would be a millionaire by the time you retired. You could leave the money in the mutual funds, and just live off of the earnings — that would pay you almost $11,000 per month, nearly twice what the government is promising to pay you. And because you’re living off of the interest, your principle of $1.3 million remains, and passes on to your heirs once you die. In the government plan, your heirs get nothing.

I hope you see what’s happening here — you’re losing the potential for millions of dollars in wealth because you’re being forced to participate in the government’s Ponzi scheme. But wait, there’s more: All of those calculations are based on your 6.2% Social Security tax — they don’t account for the matching tax that your employer pays! Imagine if your employer didn’t have to pay that tax, and passed the money on to you as income instead. If you invested your company’s contribution alongside yours, you could end up with a nest egg of $2.6 million, with a monthly income of more than $20,000 off of the earnings.

Of course, this is probably all a pipe dream. Though some people have proposed giving taxpayers the option to privatize their Social Security funds (essentially investing them in mutual funds), many Americans are staunchly opposed to this. Instead of seizing an opportunity to grow great wealth, too many folks are lured into the false promises of a nearly-bankrupt government system.

But the writing is on the wall — Social Security’s future does not look good. And even if it did, the numbers don’t lie: Social Security is a government-sponsored Ponzi scheme that is defrauding you from your future.

When you look at it objectively, Social Security shouldn’t be a partisan issue. It’s not about Republicans or Democrats, but about simple calculations. If we ever get a chance to really address this issue in the United States, I hope that you’ll join me by voting on the side of freedom… the side of opportunity… the side of math.