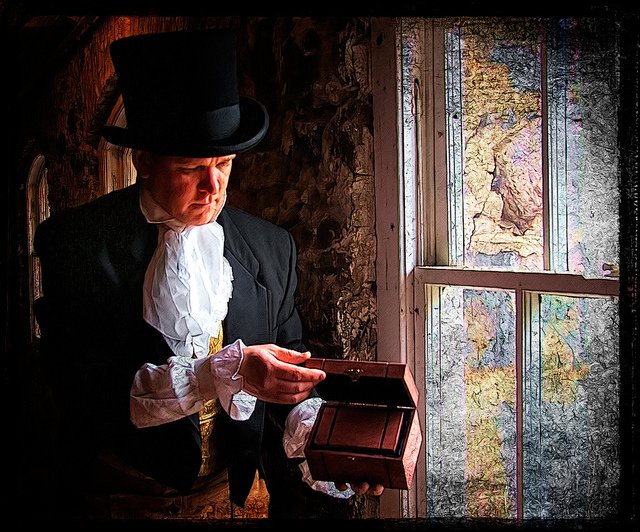 If you’re a Christian with a heart for ministry, it’s important to make sure that you have the right attitudes about money. Because wrong attitudes can stand between you and the power of God in your life.

Although we don’t often think of things this way, it’s all too easy to become slave to money. It’s not just greed or debt that make us money slaves — the enemy can use money to cause things like envy, comparison, discontentment and other bad attitudes. When these attitudes make slaves of us, they often inhibit us from having God’s best for our lives.

In our continuing study of money slaves found in the Bible, we’ve examined people such as Judas, Zacchaeus and Ananias and Saphira. Today we’ll meet a character whose financial attitudes nearly cost him the power of the Holy Spirit — Simon the Sorcerer.

Simon is a relatively minor character in the book of Acts, but he teaches us an important lesson. Let’s look at what Acts 8:9-24 has to say about him:

9 Now for some time a man named Simon had practiced sorcery in the city and amazed all the people of Samaria. He boasted that he was someone great, 10 and all the people, both high and low, gave him their attention and exclaimed, “This man is rightly called the Great Power of God.” 11 They followed him because he had amazed them for a long time with his sorcery. 12 But when they believed Philip as he proclaimed the good news of the kingdom of God and the name of Jesus Christ, they were baptized, both men and women. 13 Simon himself believed and was baptized. And he followed Philip everywhere, astonished by the great signs and miracles he saw.

14 When the apostles in Jerusalem heard that Samaria had accepted the word of God, they sent Peter and John to Samaria. 15 When they arrived, they prayed for the new believers there that they might receive the Holy Spirit, 16 because the Holy Spirit had not yet come on any of them; they had simply been baptized in the name of the Lord Jesus. 17 Then Peter and John placed their hands on them, and they received the Holy Spirit.

18 When Simon saw that the Spirit was given at the laying on of the apostles’ hands, he offered them money 19 and said, “Give me also this ability so that everyone on whom I lay my hands may receive the Holy Spirit.”

20 Peter answered: “May your money perish with you, because you thought you could buy the gift of God with money! 21 You have no part or share in this ministry, because your heart is not right before God. 22 Repent of this wickedness and pray to the Lord in the hope that he may forgive you for having such a thought in your heart. 23 For I see that you are full of bitterness and captive to sin.”

24 Then Simon answered, “Pray to the Lord for me so that nothing you have said may happen to me.”

Simon had an interesting background — he traveled the region practicing sorcery. He became famous, and probably rich, with his act. But when the Gospel came to town, he had a genuine conversion experience. He believed in Christ and was baptized. So far, so good.

Soon, though, Simon encountered trouble. You see, although he had been saved, he had not yet surrendered his worldly attitude about money. Simon was a money slave, and tried to apply his worldly understanding of finance to the Kingdom of God. That didn’t work out too well for him.

When Peter and John came to Samaria to pray for the believers there to receive the Holy Spirit, Simon’s sinful nature flared up. Instead of seeing the Holy Spirit as a gift from God given to bless others and increase the Kingdom, Simon saw it as an asset that he could use to impress others and increase his own wealth. If the counterfeit magic that he had practiced made him famous and successful, the power of true miracles could make him wealthy beyond his wildest dreams. Seeing this opportunity as a businessman, Simon sought to buy the power of God from the Apostles.

Fortunately, Peter saw through this sinful thought, and called Simon out on it. God’s intention with the Holy Spirit was not to make anyone rich; it was to heal people, to set prisoners free, and to point to them to the redeeming love of Jesus. Simon was willing to sell out the eternal purposes of God for the temporal purposes of his own wealth. That’s why Peter told him, “You have no part or share in this ministry, because your heart is not right before God.”

We don’t really know the rest of the story. The text seems to indicate that Simon repented, but we’ll never know what happened after that. Perhaps he received the Holy Spirit and put it to good use, turning from his profession of sorcery to preach the gospel. Perhaps he fell back into his old habits. Either way, he is an example to us.

What can we learn from Simon’s lesson? Well, a heart that is corrupted with greed can stand between us and God’s the power of God in our lives. Too many Christian ministers have been undone by financial misdeeds. If we’re going to serve God faithfully, we have to see His ministry as an end in itself. We don’t minister to make money. God meets the needs of people in ministry, but your financial gain is not God’s top priority.

Whether you’re called to be a full-time minister or a lay person who spreads the good news to the world around you, God has a great destiny for you in Him. His plans for you are worth far more than silver and gold. Don’t let money stand in the way of them.