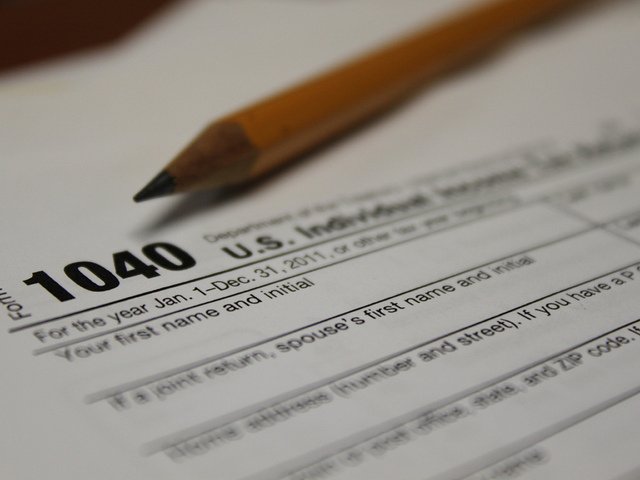 It’s one of the silver-linings of America’s complicated tax code: If you have a home mortgage, you can deduct the interest that you pay on that mortgage from the amount of income that you must pay tax on every year. This is a great tax benefit if you’re paying on a mortgage. But is it a good reason to keep a mortgage around longer than you need to?

We’ve been discussing home mortgages a lot lately. Though consumer debt is dangerous in personal finance, home mortgages are the exception to the debt rule. When we use wisdom in buying homes and taking out mortgage loans, we can put together deals that are both safe and advantageous.We can use 15-year mortgages to limit the amount of unnecessary interest that we pay on home loans. And if we work hard enough, we can even pay our homes off early, saving thousands of dollars in interest payments and freeing up money to give or build wealth.

Not everyone agrees with this reasoning. Many people think that the tax benefits make it worthwhile to borrow on 30-year terms, or to hold onto mortgages that you could pay off. But do the numbers add up that way?

No. While there are tax benefits to paying interest on mortgage loans, they don’t outweigh the overall cost of those interest payments. The idea that mortgage interest is worthwhile because of tax breaks is a myth, based on a faulty understanding of how tax deductions work.

To figure this out, let’s start by examining the way that the tax system operates. Mortgage interest is one of many deductions that the federal government (and many state governments) allow you to take when figuring your taxes. (The government does this to encourage home ownership, because an ownership culture has widespread benefits for the economy.) Many people believe that these deductions come straight off of the amount that you owe in taxes, but that’s not the case — these deductions actually come off of your income, which means that the reduce the amount of money that you will be taxed on.

Let’s work with an example. Say that you earn $50,000 each year — that’s the amount of money that you will be taxed on. In this income bracket, the federal government taxes you at a rate of 15% of your income. So that means that you owe $7,500 to the government each year. But when you do your taxes, you can deduct certain life expenses, charitable giving and other expenditures from your income. Let’s say that all of your deductions — including your home mortgage interest — add up to $5,000. Those deductions don’t come off of your tax bill (making it $2,500.) Instead, they are taken off of your income — although your real income is $50,000, the government sees an income of $45,000. Your 15% tax bill on that is $6,750. In the end, your $5,000 of deductions has only saved you $750 of real money off of your tax bill.

So, what does this mean for mortgage holders? It means that although the mortgage interest deduction helps you out on your tax bill a little bit, the tax break that you get represents only a fraction of what you’ve paid to the bank in mortgage interest. It’s a great tax break for most people, but it doesn’t justify paying more interest than you need to, or hanging on to a mortgage when you have the funds to pay it off.

One of the great benefits of 15-year mortgages is that you pay much less in interest to bank during the life of the mortgage than you would during a 30-year loan. This means that you won’t get as much of a deduction on your taxes, but the lower deduction is far outweighed by the lower interest payments. Using the example above, every $5,000 that you pay in mortgage interest lowers your tax bill by only $750. I would rather pay the government an extra $750 every year and not pay $5,000 to the bank. Wouldn’t you?

If you chose a 15-year mortgage, or pay your home off ahead of schedule, then you won’t see as much of a tax break each year as the person that has a traditional 30-year mortgage. But you’ll be free-and-clear much sooner than them, and will have saved tens of thousands of dollars in interest over the life of your loan. The small tax advantages simply don’t compare to the huge savings benefits of paying your home off quickly.