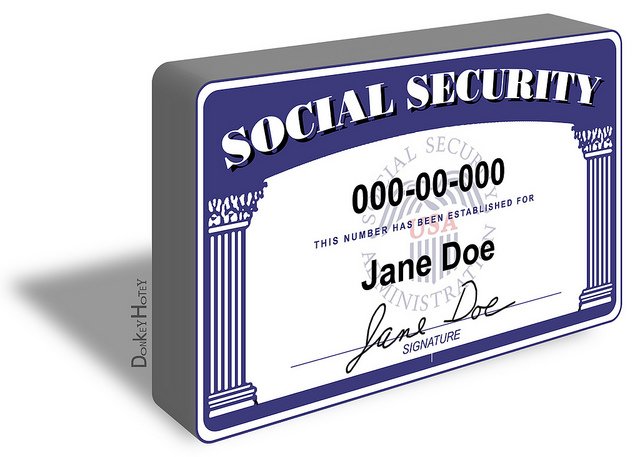 I hate to tell you this, but for your whole working life, you’ve been buying into an idea that is at best a total loser and at worst a total lie.

You didn’t do anything wrong, and you didn’t have any choice in the matter. And even once you see what a bad deal it is, there’s probably nothing that you can do to get out of it. If you’re an American, you’re paying into Social Security, with the promise that it will help to provide for you in retirement. But don’t hold your breath — Social Security is in real trouble, and is a terrible use of your money.

In this series, we’ve been examining how smart, disciplined investing can help us prepare build a strong financial future. We’ve talked about how to take advantage of your company’s retirement plan and investment vehicles like Roth IRAs. We’ve examined the numbers and found that disciplined investing can make you a millionaire. Today’s lesson is also an important one — whatever you do, don’t count on the government to provide for you in retirement. Because the government’s retirement plan is going broke.

Since the 1930s, the federal government’s Social Security program has taxed workers and their employers with the promise of using that tax money to provide for people in retirement. There was a time when that may have seemed like a good idea. But if you’ve paid attention to the news or politics much in the last 20 years, you know that this idea is unraveling. Like insurance, Social Security only works when there are a lot more people paying into the system than drawing money out. But these days, there are too few people paying in to cover all of the workers about to retire, and the situation only looks to get worse.

There are a lot of different theories out there, and it’s difficult to know exactly what is going to happen with Social Security. Most experts believe that the program will become insolvent — it’s just a matter of when. Some people believe that Social Security could be out of money within 25 years. If the government doesn’t come up with a fix in the next decade or so, that could mean that millions of today’s workers will get hung out to dry when retirement comes. If Social Security fails, then all of the tax money that you (and your employer) have paid into it will disappear, and you could be left to fend for yourself in retirement.

This is a frightening prospect, because many Americans are counting on Social Security income to provide for them in retirement. In fact, many people don’t do a good job of planning and investing for retirement because they figure that Social Security will take care of them. And maybe it will. But there are huge issues facing Social Security right now, and a very real chance that it may fail.

So what’s the wise planner to do? Prepare for your retirement as if Social Security doesn’t exist. Because if you’re more than a decade or two away from retirement, there’s a good chance that it may not exist by the time you get there. It’s a bummer to think this way — it’s certainly hard to write off the 6.2% of your income that Social Security takes out of every paycheck. But you might as well think of it as just another tax. If the system fails, you’re not getting that money back.

As you plan for retirement then, don’t count on having Social Security to get by on. Even if it exists when you retire, it won’t provide enough income for you to live comfortably, and certainly not enough to give generously and provide an inheritance for future generations. In order to do those things, you need a solid nest egg that comes from a lifetime of wise and disciplined investing. Then if you do get Social Security income , it will be icing on your retirement cake (or the cap on your Retirement Pyramid).

Of course, we don’t want to see Social Security fail, because there are so many people that count on it. But if it survives, is that a good thing for you? Or would you be better off without it? Stick with us next time, and we’ll do the math. The results might surprise you.