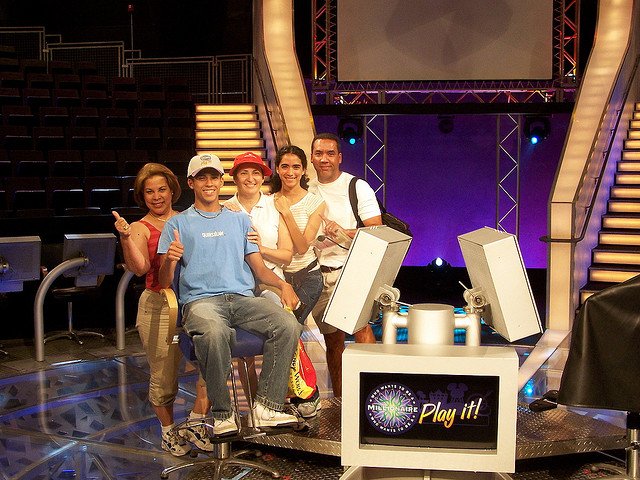 I want to share with you one of the most shocking secrets about personal finance: The size of the nest egg that you build for retirement isn’t about how big your income is. It’s about what you do with the income you have.

In the United States, we have lots of misguided ideas about money. Many of us believe that the best way to a secure financial future is to find a way to earn a huge income. But that’s a red herring; plenty of people with big incomes have very little wealth, and many people who have built solid financial futures have done so on very average salaries. The quality of your financial future isn’t based on your income, but on your discipline.

In this series, we’re looking at how to use investing to build wealth for retirement and other future financial goals. Following the Retirement Pyramid, we’ve looked at the benefits of investing through your company’s retirement plan, and then investing some more in personal IRAs. Today, we’re going to see how disciplined investing can make us millionaires, even on a modest income.

To start, we need to understand the fundamental difference between earned income and investment income. Your earned income is the money that you get for working at your job. This income might be large or small, depending on the type of work you do and the success you have in your field. But it’s tied to your work — if you stop working, you stop earning. And there’s a limit to how much earned income you can generate: There are only so many hours in a day, so you can only work so much. Earned income is what we use to pay our monthly bills and take care of our family expenses, but it’s limited by our ability to work.

Investment income, on the other hand, isn’t limited by time — in fact, it is aided by time. Investment income is passive. Once you’ve invested money, you don’t have to work personally to earn anything off of that investment. Investments earn you money as the companies that you’ve invested in grow. And most investment plans (such as IRAs) make the most of this by turning around and re-investing this earned money, so that the value of the investments is always growing. As the value of the investments grows, so does the return on investment. This creates an awesome cycle where investment and income are constantly growing, and the longer it goes, the better it gets. And you don’t have to do much work to keep it going.

The key to building great wealth is understanding that investment income has much greater wealth-building potential than earned income. We may think that it takes a big income to build a big nest egg, but that’s not necessarily true. If you’re disciplined and strategic in the way that you invest, even a small income can be invested to create big wealth.

Let’s look at an example. Assume that you earn $40,000 per year, which is just a little bit less than the median household income in the U.S. — a modest salary, in other words. And for the sake of this example, let’s assume that your salary will stay at $40,000 for your whole career, around 40 working years.

Now, that salary isn’t going to fund a lavish lifestyle — in fact, you’ll have to live frugally. But if you can discipline yourself to invest 10% of your income each year, you can build a lot of wealth over your career. For the sake of this example, we’re going to assume that a 10% investment (or $4,000 each year) is invested into a mutual fund that averages a return of 10% per year (a reasonable figure).

Fast forward 40 years, and let’s see what has happened. In your entire career, you will have made $1,600,000 in earned income. But what about your investment income? If you’ve been faithful to invest 10% of your income into mutual funds that average 10% a year in return, you’re going to have a staggering amount of money — $2,125,593.

Let that sink in for a minute. Even though your income was small throughout your career, your disciplined approach to investing has made you a millionaire. In fact, you have much more from investment income than you ever made in earned income from working at a job.

It gets even better, though. Let’s say that in retirement, you decide to live off of 8% of your invested wealth. That gives you an annual income of $170,047 — more than four times what you ever made in your working years. And since your investments are earning 10% a year, your wealth isn’t shrinking — in fact, it can continue to grow, even as you draw income off of it.

I hope that you don’t look at these figures and see a bunch of random number that don’t apply to your life. This isn’t wishful thinking, it’s just math. You have the potential to build incredible wealth throughout your lifetime, regardless of what your income is. We used a modest income in this example, but your income is likely to grow over time and be much more than $40,000. Imagine how much greater the nest egg would be if you increase the amount of your investment as your earned income grows over time.

The lesson here is simple: No matter what your income is, you need to be disciplined to invest some of it for the future. Disciplined investing makes millionaires. There’s no reason for you not to be one of them.