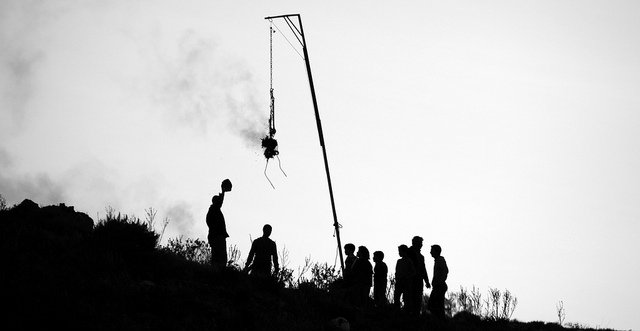 He may be the most notorious money slave in all of history — Judas famously sold Jesus out for 30 pieces of silver. But is there more to this story?

I believe that there is. No, this isn’t some conspiracy theory to argue that the biblical account of Jesus’ betrayal in inaccurate or incomplete. What I’m saying is that for us, as students of the Bible’s teachings on money and stewardship, there’s a lot to be learned from the tragic story of Judas.

We’ve talked a lot about how money can make slaves of us. It happens in ways both obvious and subtle. For some people, a love of money completely warps the way that they view the world. For others, it causes them to abuse people, even the people close to them. Judas fell into that trap, and became one of the most reviled traitors in human history because of it.

In case you don’t remember the specifics of the story, here’s some background. The Jewish leaders were incensed with the things that Jesus taught, and were looking for a way to get rid of him. They hatched a plan to falsely accuse him of crimes and have him executed by the Roman government (which ruled their land at that time). There was just one problem: They didn’t know exactly where to find Jesus. They would need an inside man to lead them to Him.

14 Then one of the Twelve—the one called Judas Iscariot—went to the chief priests 15 and asked, “What are you willing to give me if I deliver him over to you?” So they counted out for him thirty pieces of silver. 16 From then on Judas watched for an opportunity to hand him over.

From there, the story is easily recognizable. Judas brings a mob of angry people to the garden where Jesus and his disciples are praying and betrays him with a kiss. Jesus is arrested, tried and eventually crucified. And Judas goes down in history as the traitor of the Christ.

There are several interesting things to note here. First is that Judas didn’t just get suckered into participating in the plot — he went actively looking for a way to be involved. The text said that he went to the chief of priests and asked them “What are you willing to give me?” In other words, Judas saw an opportunity for profit here. This was never about political or religious motivations for Judas. He simply wanted the money.

The text tells us that the priests paid Judas 30 silver coins to betray Jesus. It’s impossible for us to know exactly how much money that would be in today’s world, but many scholars estimate that it would be worth somewhere between $200 and $900. For me, that’s a shockingly low number. Sure, it’s always nice to find a few hundred extra dollars. But that’s not a life-changing amount of money. It’s spending cash. Judas didn’t betray Jesus for a million dollar payout. He did it for walking-around money.

Judas was a money slave, alright. He had spent several years with Jesus, following Him around Israel as he taught and performed miracles. He had seen all of the signs — the same ones that led Peter to declare that Jesus was the Son of God — and he knew the devotion that thousands of people around the country had for his teacher. He even had good reason to know that Jesus already suspected his treachery (see John 13:21-27). And yet he betrayed Jesus anyway, because there was silver in it for him.

27 As soon as Judas took the bread, Satan entered into him.

So Jesus told him, “What you are about to do, do quickly.” 28 But no one at the meal understood why Jesus said this to him. 29 Since Judas had charge of the money, some thought Jesus was telling him to buy what was needed for the festival, or to give something to the poor.

His transaction with the chief priests was not Judas’ first encounter with money. Indeed, it appears that he was the treasurer for Jesus’ ministry. He was responsible for keeping track of the money that Jesus and His disciples lived on as they traveled throughout Israel. That was no small operation; it involved spending to accommodate a significant entourage that traveled for years around the country. We also know from Luke 8:1-3 that outsiders helped to support the ministry, too. It’s likely that Judas would have been in charge of overseeing all of this money.

So, Judas was the money man in Jesus’ group. Did he get that job because he was really good with money? Or did he ask for it because he loved money so much? We don’t know. But what we do know is that Jesus’ money man betrayed him in order to get some money for himself. There’s an irony in that, and also a lesson to be learned. As students of financial wisdom, we spend a lot of time thinking about money, studying money, tracking money and keeping up with our money. Many of us also strategize about ways to grow our money. And there’s nothing wrong with those things, if they are kept in their proper context. But with Judas, something got out of  whack.

At some point, perhaps after years of meticulously running Jesus’ financial operation, Judas came to love money more than he loved Jesus. Instead of using money to serve the will of the Master, Judas let money become his master. He became a money slave. And it cost him dearly.

Judas’ story should be a powerful warning to those of us who spend a lot of time studying and tracking money.  Money is always meant to be used in God’s service. But when we let it take control of us, we always end up doing the devil’s work instead. To avoid that, we must continually check our hearts and examine our loyalties. If we find that money has gained a place in our hearts that it doesn’t deserve, then its time to make a change. Because money should always bow to the will of the Master.