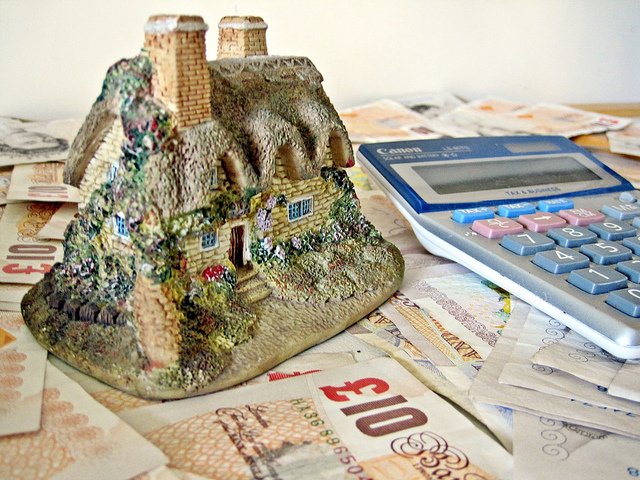 I want to tell you the tale of two home owners. Harrison and Madison had identical incomes and identical life expenses. They both bought homes of the same value at the same time, when they were 30 years old. And yet Madison ended up much, much wealthier than Harrison.

At first blush, this seems unlikely — if they had the same income and the same expenses, they should have the same amount of wealth, right? But there was one key difference. Madison worked hard, lived below his means and paid his home mortgage off early.

Okay, Madison and Harrison are fictional characters, but they illustrate a story that millions of home owners live out every day. Many people never think of paying their home mortgages off early. That’s too bad though, because that’s one of the best things that you can do to build wealth for the future.

Let’s return to Madison and Harrison for a moment. Assume that they both borrowed $150,000 to buy homes when they were 30 years old. Harrison borrowed that money on a traditional 30-year fixed mortgage, and made the scheduled payments for all 30 years. That means that he finished paying for his home at the age of 60, five years before retirement. Madison, on the other hand, borrowed the money on a 15-year mortgage. That meant that he made higher mortgage payments each month than Harrison did. But he was on track to own his home free and clear by the age of 45.

We’ve already talked about the advantages of borrowing on 15-year terms: Interest rates are lower on these mortgages, so you pay off more of your home’s principal with each monthly payment. In the end, a 15-year mortgage can save you tens of thousands of dollars in interest payments over the life of the loan.

So, we know that Madison is already in a better position than Harrison, because he’ll pay a lot less in interest than his neighbor. Of course, that comes with price. Because his monthly payment is higher than Harrison’s, Madison and his family must find other ways to save money. They don’t take as many vacations as the Harrisons do, and they don’t eat out nearly as much. They’ve driven used cars their whole lives (instead of leasing new cars every two years like the Harrisons). Their furniture, their clothes and their birthday parties aren’t as nice as what the Harrisons enjoy. And yet, the Madisons are the ones getting richer.

You see, if Madison stays on schedule with his 15-year loan, he will own his home free and clear at age 45, a staggering 20 years before the traditional retirement age. That means that he can take the $1,200 per month that he had been paying toward his mortgage and use it for other things — for giving, for paying his kids’ college tuition, or simply for having fun. But imagine if he took all of that money and invested it in a good mutual fund. Assuming he invested it in a fund that averaged a return of 8% annually (which is a conservative estimate), the value of that fund when he retired at age 65 would be a massive $717,000. That’s a whopping sum that Harrison doesn’t have.

But wait, there’s more. You see, Madison is really financially savvy. So he doesn’t want to just pay his 15-year mortgage according to the schedule — he actually wants to pay it off early. So he busts his butt working for extra money, and his family cuts costs so that they can pay ahead on the mortgage. They manage to pay that 15-year loan off in 10 years, at age 40. They will have saved thousands of dollars more in interest payments. And following the same investment formula, that extra five years gets them to a balance of $1,157,648.

That’s right: Paying his home off early and investing the difference has made Madison a millionaire. Take a minute and let that sink in.

So, what has enabled Madison to end up so wealthy, while Harrison has a very ordinary middle class bank account? It’s not that Madison had some kind of leg up — remember, both men have the same income and the same expenses. The difference is that Madison understood math, interest and investing, and was willing to make lifestyle sacrifices in order to achieve long-term financial success for his family.

I hope you see what I’m getting at: Paying your home mortgage off early is one of the best things that you can do to build wealth in the long run. It won’t be easy, and you’ll have to make some sacrifices to do it. But imagine what could happen if you can rid yourself of house payments by the age of 45. House payments are the single biggest expenses for most families. What could your family do with an extra $1,200 a month. What could you buy? What kind of education could you pay for? How much money could you invest? What sorts of causes could you give to?

For a long time, that nice, big house has been the American dream. We take out 30-year mortgages with big payments to get into big houses, and then stretch to be able to afford that kind of lifestyle. But I think it’s time for a new American dream — buy a smaller house that you can actually afford, then stretch to pay it off early. You can be entirely debt-free by the time you reach middle age, and spend the rest of your life building wealth and enjoying your money.

For many people, that dream sounds more like a fantasy. But it’s not a fantasy at all. This dream comes true at the intersection of Math and Discipline. To me, that sounds like a great place to live.

Photo by Images of Money. Used under Creative Commons License.