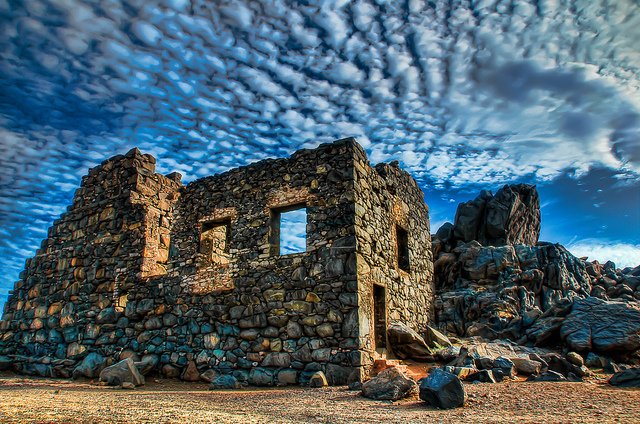 In retrospect, we should have seen it coming: The increasingly outlandish practices in the mortgage industry were bound to create trouble for all of us. It was only a matter of time.

Unless you’ve been living under a rock since 2008, you know that large failures in the banking industry caused a giant economic ripple effect that has created one of the greatest recessions of modern times. The trouble started brewing in 2007, and came to a dramatic head in the fall of 2008. And though there have been signs of recovery in the last year or two, economies in America and around the world are still struggling to bounce back from a perfect storm of trouble that has left millions unemployed and millions more deeply in debt.

It didn’t have to be this way, of course. If mortgage banks had stuck with their tried-and-true lending standards over the last 20 years, we wouldn’t be having this conversation. But banks made a lot of mistakes, and so did individual home buyers. If you’re in the market for a new house, this is a great time to learn from those mistakes.

So how did this all happen? Well, it’s a very complicated story (although there are many online resources that give wonderful explanations of it). For our purposes, though, a short version will do:

In the 1990s, the federal government created policies that encouraged banks to give mortgage loans to people that would not qualify for them under traditional standards. The banks made those loans, but did them at higher interest rates to offset their increased risk. The late ’90s were a period of unprecedented prosperity in America, so most of the people who took out these loans were able to pay them back. The banks made a lot of money on these high-interest loans, and the bankers began to see opportunities for big profit.

In the early 2000s, bankers began to get more aggressive with their mortgage lending, giving loans to people who had poor credit or no credit. These were called “sub-prime” loans because the borrowers weren’t well qualified, and they came at very high interest rates. The banks made huge profits, and a vicious cycle began: Driven by greed, the bankers created more and more ways to put people into exotic sub-prime mortgages. More and more people took them, and the bank profits continued to climb.

During this time, the housing market took off, driven by the availability of all of these loans. In some markets, homes were doubling in value every year. People took out exotic mortgages, hoping to buy expensive homes and then quickly sell them for a big profit. It was a perfect “bubble,” and it eventually popped.

By 2006 and 2007, the tide began to turn. People were so deep in sub-prime mortgage debt that they could no longer make their payments, and banks began to foreclose on homes. Though it started slowly, it soon became an epidemic. Banks were losing billions of dollars on these bad mortgages that they had made, and millions of Americans were losing their homes. And it hit investors too — many of those bad mortgages had been packaged into lucrative investment products. So when things began to unravel, banks, homeowners and investors all lost untold fortunes. It came to a head in 2008, when the stock market crashed and several large investment banks collapsed.

That’s an interesting history lesson, but what does it have to do with you? Well, if you’re in the market for a house, you can learn a lot from the sub-prime fiasco. Banks and home buyers made several key mistakes during that period. If you mortgage with discipline, you can avoid those mistakes, and keep your home and financial health on solid ground. Here are some of the biggest lessons to learn:

1) Don’t borrow what the bank says you can afford.

During the sub-prime era, banks were lending home buyers much more money than they should have. A borrower would come into a bank, and the lender would offer him a much bigger mortgage than he could actually afford. That got some people into some pretty big houses… and some pretty big messes. Do yourself a favor: Determine ahead of time how much you can really afford to borrow, and then work out a mortgage that keeps your payments low.

Many of the sub-prime mortgage buyers didn’t qualify for traditional (or “conforming”) loans, so bankers created exotic mortgage products that would accommodate them. These included adjustable-rate mortgages, interest-only loans and balloon payments — strategies that kept payments artificially low, while making a killing for the bank. When the bubble popped, people with these exotic mortgages were the first to lose their homes. Steer clear of this when you buy a home: Use only fixed-rate mortgages, and borrow on 15-year terms to save yourself a lot of money.

Traditionally, banks have required homeowners to have a cash down payment equaling 20% of a home’s value in order to get a mortgage. In the sub-prime era, though, these rules went out the window. Banks lowered that requirement until many people were buying homes with no cash down at all. But this was a costly mistake: Those folks paid a lot of extra money in private mortgage insurance, and when housing prices fell, they found themselves underwater, owing more on the mortgage than the house was worth. in order to avoid this predicament, go back to those tried and true methods. Always bring a 20% down payment when you buy a house.

There’s a lot more to be learned from the economic mess we’re in right now, and if that interests you, there are many places to start your studies. For home buyers, though, the most important lesson is this: Borrowing more than you can afford for a big house that you don’t really need brings nothing but trouble.